Right, my turn, last few weeks have been fairly mellow and chillout so I thought I’d propose something a bit quicker. Only came across this album recently and although it’s a collage of other bands styles I do like it. 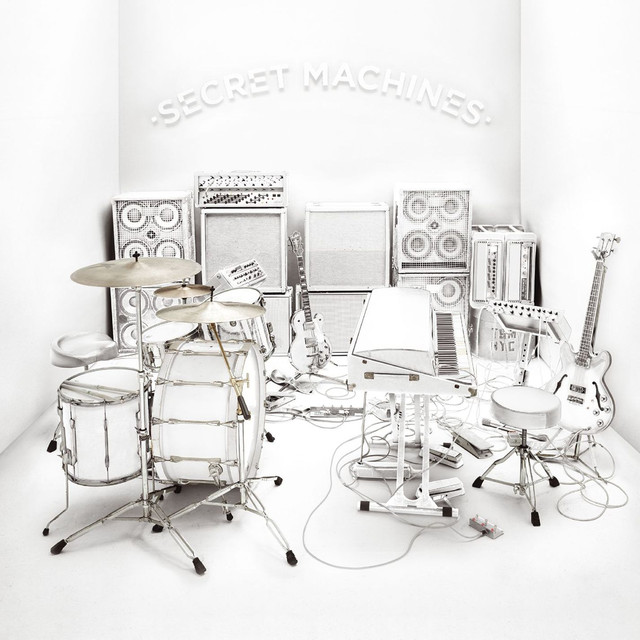 Now Here Is Nowhere, an album by Secret Machines on Spotify

An old favourite I absolutely adored! haven’t listened to this again in ages - good reminder and I shall do so forthwith!

Sure to be some whinging at the choice of course, but I for one do applaud it!

I have this too but haven’t listened in a while…

No idea. Will download when I’m adjacent to ye Olde Wye-Fye.

Don’t know it (yet) but will come tomorrow evening.

Nope, never heard of this LP and not sure I know anything by the band. Will give it a try over the weekend.

I listened to this twice this morning. I would categorize it a bombastic stadium-rock take on early 2000’s indie. The formula is there, thundering drums a la Butch Vig, big riffs, chiming rhythm guitars, layers of synths and very silly lyrics. My reaction was that they might be alright be alright opening for Muse or Bush and lo and behold according to Wikipedia they opened for Muse at some stage.

I believe that they describe themselves as Spacerock, but it is a million miles from what I would expect from a Spacerock outfit (anything from Hawkwind through to The Aliens via Alphastone). It is pretty inoffensive, nicely crafted, but not really for me. But then I wouldn’t be seen dead at a gig by Muse, Bush or Manic Street Preachers.

2.5/5 so a pass mark, but there is nothing in the LP to tempt me to listen to this again or try their other records.

Two listens today for me too. Nothing original or worth hearing again. Occasionally listenable but mainly just loud and fast. 2/5

Wiki categorises them as “New Prog”. Err…NO.
They are not Prog and there’s definitely nothing New here.

I didn’t hate it. But it really sounds like a 90s BritPop band who wouldn’t go way and decided that their sound just needed a bit of updating with synth dribbles.

I could listen to this if I was pissed in a pub. In the cold light of semi-sobriety, it’s nothing but disappointing. There is a life to the band. Get a different drummer, update the sound, get some decent hooks and you’d have yourself a decent band.

First three tracks didn’t make much of an impression, but track 4 picked things up with a far more interesting rhythm and I quite enjoyed the rest of it after that. The last track was even a bit Krautrock-y when it got going.

Will need to have another listen.

Sounds like a decently enjoyable slice of college/alternative rock.

I also had this but cannot remember when I last listened to it. It’s a very decent album and does indeed get stronger as it goes on.