The AAAC doesn’t seem to get much interest recently.

Well, that will be your loss this week. New album from US band Oxbow (who are from the post-hardcore, noisy, experimental end of things). Their first in 10 years. And it is immense.

How good? Some quotes (from three different reviews):

“Everything here is on point; every single element is executed with a stupefying mastery. Soaring strings, luxurious French horn, jangled distortion and purgative, unhinged vocals; all these things fuse together with glorious consequences. Utterly exceptional.”
“It is a masterpiece, one that is without equal in 2017 so far and one that will be incredibly hard to beat.”
“I’ve had Oxbow’s Thin Black Duke in near-constant rotation since its release and I still haven’t found the words to express my love for this album. I believe it’s the greatest orchestral rock album since Lou Reed’s Berlin; maybe that says enough.” 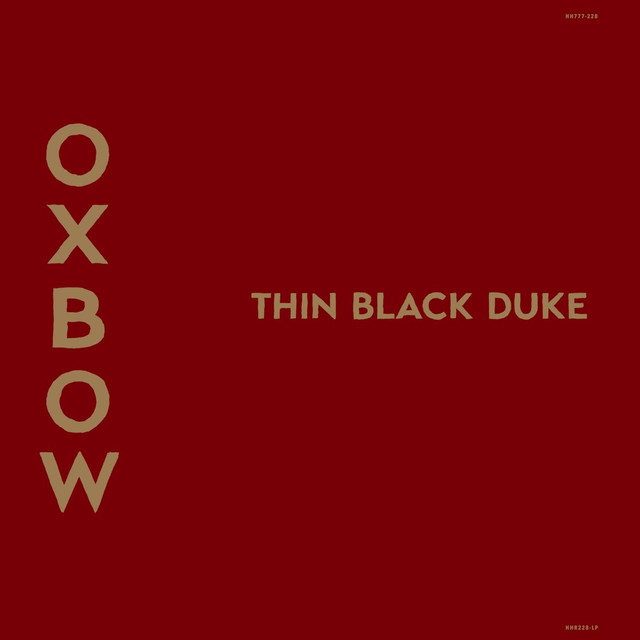 Thin Black Duke, an album by Oxbow on Spotify

Give that a listen later.

Sounds worth a spin

In a parallel universe, you listen to this, realise the error of your (musical) ways, then swap your entire collection for this one album. True story.

Well, I listened to it, 35 minutes of it and now I have the burning desire to never do that again. Started off OK with track 1 and then gradually degenerated into wanky self indulgence and a lack of ideas without the ability to put them into practice. If I was the record company A&R man, I would fucking sack them on the spot or send them back to the studio for two days to see what they could come up with and then sack them.

If I was smashed out of my brain, maybe, just maybe I would like it more, but I suspect not.

In the very same parallel universe I was talking about, you are the one does the swap with Oz (you end up with a cellar full of mouldy old ELP and Genesis albums, which you enjoy very much). True story.

First listen had me ranking as the second worst AAAC ever after AAAC- 23-05-17 Richard Youngs - Sapphie but on second listening, I’m actually thinking that it’s pretty good. Sure the singer is beyond shite but the music is very good. 3.5/5