Released in 97,and lumped with the brit pop scene was a bit lazy by the journos imo.

The opening strings are the best thing on here. Very stirring. As you say, like a Bond movie.

I never really like the single and that is the only track I knew before.

I can imagine this, at the time, being a decent slab of more of what sounded really fresh. Sounds second-rate now.

I remember hearing this when it came out and thinking it was a bit of a mixed bag. Having listened to it again, I’ve found nothing to really change my opinion. A middling 3/5.

I’m in a different position to most as I wasn’t swept up or appalled by the BritPop thing. I was blessedly ignorant of it. Yes, I heard Oasis and Blur on the wireless, I even saw The Inspiral Carpets when they supported John Farnham at the Roundhouse (Narelle insisted

). But whatever I heard was on the radio and heard with a certain detachment.

At the time I was listening to Grunge more than anything else.

This album while obviously dated, sounds a bit light and directionless. I often criticise albums for this. I don’t like artists who don’t have clear idea of who they are. There are too many different styles going on, meaning that nothing done particularly well. Wide Open Space and Naked Twister (which I like) hint at a direction which the band should have focused on. Sufficiently different without becoming too uncommercial.

M’eh. Serious review is serious. Can’t argue with the views you take but the absence of piss being extracted is disappointing.

I’m unimpressed by this. Much of britpop was tosh. This is a half decent EP and a bunch of filler. I’m fifteen years too old to enjoy this type of stuff in general and this in particular.

M’eh. Serious review is serious. Can’t argue with the views you take but the absence of piss being extracted is disappointing.

I refuse to dragged into the negativity spiral

It is only negative if you’re not trying to be funny or taking it seriously.

Seriously ? Seriously ?? Nope, not a word I understand. Try another one.

This was ok, not really good enough for AAAC but my second favourite (after my choice😀) Of the Big Bang edition. 7/21🍮

This surprised me, because I spent quite a lot of money on the LP a couple of years ago, played it 3 or 4 times, was very disappointed, relegated it to meh ! and hid it at the back of my Album collection.

This thread persuaded me to dig it out and have another listen and I really enjoyed it.

The tracks are different enough to be interesting, the whole thing, although not a fantastic production, hangs together reasonably well and is, in fact, very listenable. Different enough from the other Brit pop Albums of the era to complement them, rather than just sound the same.

So thanks for the nudge Stu I feel a bit better being able to bring another Album back into play.

Thought about a cheeky lowball offer after the first paragraph. Damn

Before this Mark, I would likely have accepted.

Next up, with what hopefully won’t be a turkey (ho, ho, ho) is @Gyroscope. By the looks of it the imposter know as Reginald Ficklechump got away almost intact.

I listened to this earlier in the week at work and it got on my nerves I’m afraid. I turned it off when a customer came in and couldn’t quite bring myself to re-start it. It may just have been my mood…

You were going to get this 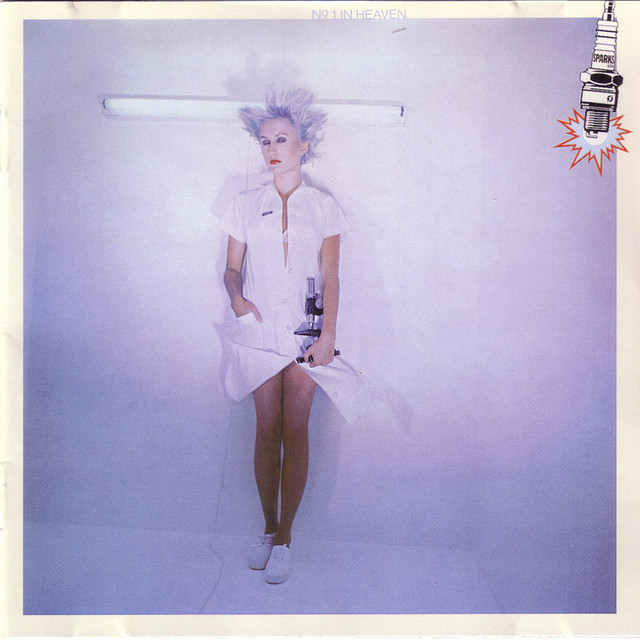 No. 1 in Heaven, an album by Sparks on Spotify

but the wife dissuaded me.

I like Carter The Unstoppable Sex Machine, but this is MoR tosh dressed up as ‘indie’. I hated it at the time, and I still do. Radio 1 peak time fodder.

It’s one single and a load of filler.

The only good thing is that it’s not one of the whiny girls with a guitar singing off key and flat disguised country songs that you muppets like so much (a few people are excluded from this gross generalisation).

Front 242 B-sides and outtakes compilation? Something by The Names?