Oh FFS, the album I was lining up for this, The Body Gave You Everything, isn’t even on Spotify. 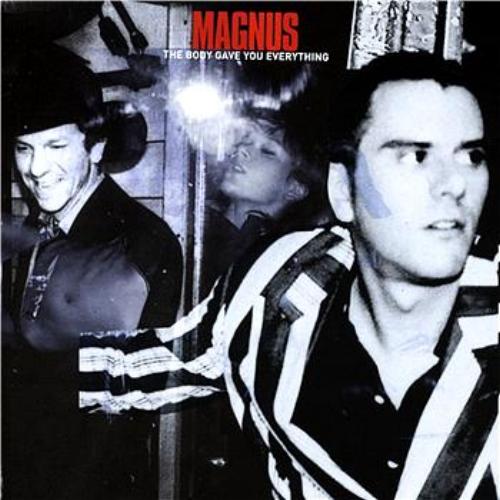 In that case you get the second, rather more poppy and accessible album, Where Neon Goes To Die.

Magnus is that rarest of commodities, a Belgian supergroup.

The core line up consists of CJ Bolland of, uhhh, CJ Bolland fame, and Tom Barman of dEUS, although there are other contributors, particularly on this second album. 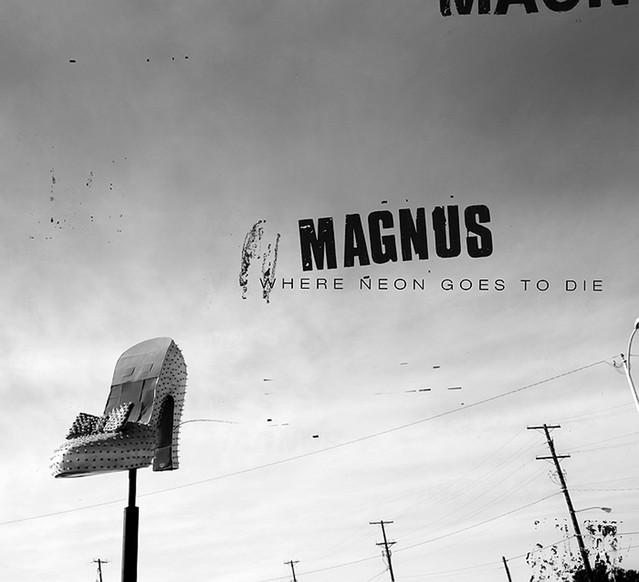 Where Neon Goes To Die

Where Neon Goes To Die, an album by Magnus on Spotify

Track 11, “Singing Man” features Tom Smith of Editors. There is also a version floating around with the ubiquitous Mark Lanegan. I emphasise this track because it has what I think is a rather spiffing video

Beware, if you go searching for more of the Magnus oevre there’s at least one wizards ‘n’ goblins outfit, and a ghastly rapper, all with the same name.

From the title I was half expecting some more dreary indie (maybe the name being a little close to Mansun didn’t help there), but the mention of CJ Bolland has most definitely perked my interest. Off to have a listen now.

Or Magnum, if you’re into hair metal.

Everybody give it the Bob Catley wavy-hand gesture

For a change I liked this and easily managed the whole album in one sitting.
The only thing that annoyed me was the Album cover because the W in Where is occurred by some smog in the air.

The Body Gave You Everything

It would be a bit more useful if the parsed links showed the album, like the Spotify ones do.

I quite like this and it is most definitely not my sort of thing, so thanks for posting it Guy as I hadn’t heard of Magnus before.

I was particularly impressed by the use of fairly sparse instrumentation on the early tunes, particularly the interaction between the bass sequencers and the percussion which provides a nice, meaty and driving underpinning to the tunes without being all in yer face with millions of BPM or subsonic rumblings.

The restraint shown in the production is excellent too. I like the way they avoid covering each tracks in swathes of keyboards and/or samples and much kudos for not compressing everything to mush. My main complaint is with the vocals which are all a bit OTT for my tastes (singer performing the song, rather than just singing the feckin’ thing).

Quite clubby, but some decent melodies. Track 2 reminds me of the ace ‘Morning after dark’ by Timbaland. Track 3 a bit Kraftwerk-y and would be my highlight on the album.

Overall, a nicely different choice and while it’s not a style of music I’d love, was a perfectly enjoyable listen.

Club albums normally bore me to tears but I really liked this. Nice mix of sounds behind proper tunes, decent production and singers who didn’t go too OTT. 4/5.