I’m certain I can go a month without alcohol, apart from the fact that I actually love the taste of beer and wine, and that’s what I’m going to miss.

I know most 0% beers I have tried were absolutely fucking gopping, Kaliber being a particularly unpleasant memory. Don’t like Becks Blue. Bitburger Drive was OK iirc, but can’t recall ever seeing it in the supermarket.

Was in Tesco earlier and saw that Brew Dog do a 0.5 IPA and there were a couple of wheat beers, erdinger and fransiskaner. Online reviews typically are all over the place from nectar to shite. Anyone here tried them?

I also saw a couple of Rawsons Retreat wines, a Semillon Chardonnay and a Cab Sauv. Any experience?

Just pay the money and cheat, we wont tell.

They’re both 5% +
Very nice though, (if you like Weißbier that is).

No, the alcohol free versions. the erdinger actually calls itself a “refreshing isotonic drink” rather than beer…

As you can tell, i had no idea they produced alcohol free versions. I will give one a try if i ever see a bottle.

If you’re going to do it, then use it as an opportunity to change your habits. Drink no beer or wine, even alcohol free. Otherwise you’ll just go back to how it was before and so there’s no point.

whats the sobertober in aid of then ? one of my elderly rels was getting through 14 bottles of wine/sherry a week and it gave him dementia !!! he had to be dried out . now they give him alcohol free wine and he loves it . can remember the make though ! amazing guy who used to fly mozzies over normandy

Anyone here tried them?

*could lead to other problems.

one of my elderly rels was getting through 14 bottles of wine/sherry a week and it gave him dementia !!!

Moderation* in all things. It could be argued that drinking no alcohol is an extreme position too (says a man who’s never tried incest or morris dancing).

*You know what I mean - not Jim moving posts around. 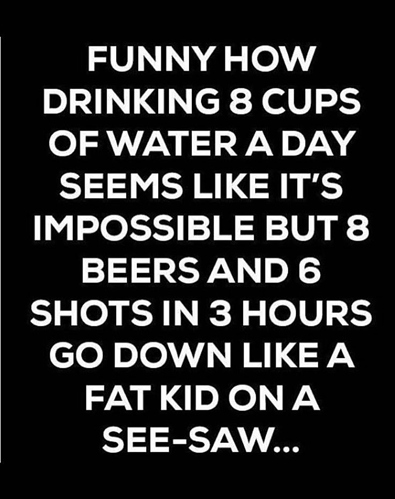