Andy Robertson must be worth about £250m

The one who’s injured a lot?

Saw him at St James’ last season and he was good, but £60M does seem ridiculous. What happens to Chilwell now? Although I wouldn’t put it passed them to pay that £60M to keep him on the bench and play Chilwell🤣!
FFP does not seem to exist for Chelsea.

He is off to Barca I think.

Prices do seem a bit crazy.

Fulham played a great game today. Pereira and Paulinha in midfield never let us settle and Mitrovic was excellent.

Despite a sketchy game a couple of positives for us. Elliot’s link up play with Salah is a constant feature and he’ll be starting the next few with Thiago injured again. Nunez is going to be a complete menace being fed by Salah and Diaz.

Will be interesting to see if Mitrovic can score as freely this time round.

Welcome back to Instagram. Sign in to check out what your friends, family & interests have been capturing & sharing around the world.

Despite a sketchy game a couple of positives for us….

Agreed , however it was just this type of fixture , first half performance and result that bled us points last season

I know but what can you do? We’re playing in an era where you consistently get 90+ points a season and don’t win the title. That is not normal.

Magump doing well again.
Eric Ten Minutes has a proper job on if he wants to stay longer.

I can see the queues of players wanting to join out the window. Along with FdJ running in the opposite direction.

Maybe an opening day blip? That’s the best I can manage. And those collars 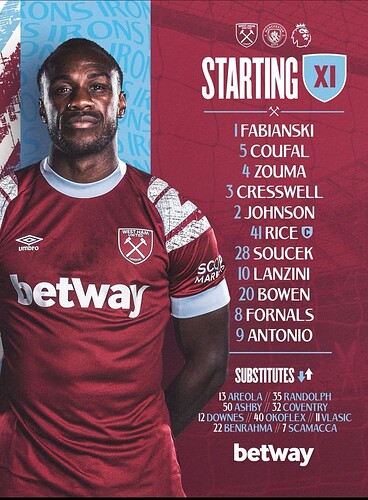 We’re somehow starting the new season, against the champions with a worse team than we finished last season with. Unfuckingbelieveable. Except it isn’t. Cunts.

A bench of pure effluent too!

What a player. Scored 2. More to come.