Finally got a few spare quids together to have my alloys refurbed. I have been scraping them up and down @Jim’s curbs and generally abusing them for six years. I plan to sell the car next year but thought it was high time to get them sorted now.

I found someone willing to do all 4 for just £200. I’ve had quotes of nearly £600 for ‘diamond cut’ alloys. Even if it’s not the greatest job in the world, they’ve certainly been tidied up.

Hope you like the before and after shots - a bit like slimming photos where they completely change the lighting, makeup and clothes. 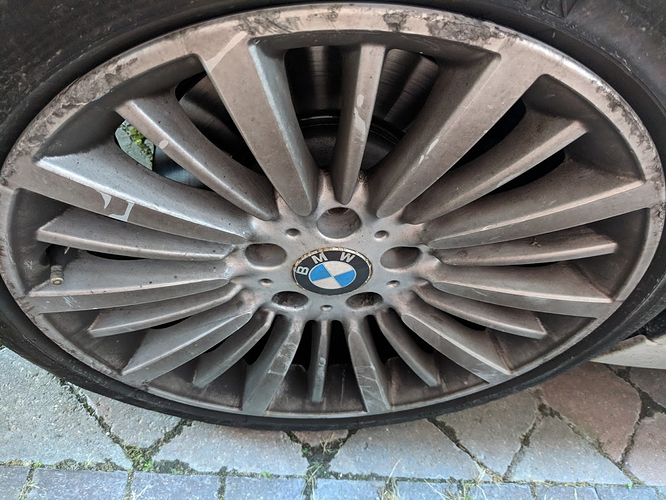 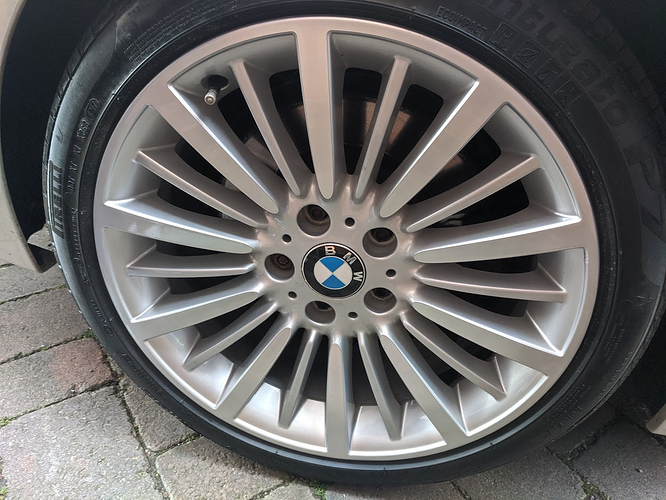 Don’t go to Ilford again before you sell it

Bloody hell, imagine how shit the passenger side wheels were

BMW haven’t helped you with the shape of the alloys and the tyre profile though have they.

How did you manage while they were being done? I ended up buying a cheap set of wheels as I didn’t want the car on jacks for 3 weeks.

How did you manage while they were being done?

Looks a nice job, especially at that price.

Nice job! Reminds me, must get two of the Mondy’s done at the very handy place right round the corner from work that I have managed to not visit for six months…

I think there are better jobs than can be done, but for a lot more money. I’ll have to steer clear of the car washes that use the acid-based wheel cleaner.

Yeah, possibly. They really were shocking though, needed doing.