Are these valve amps worth fixing?

As I prepare for some experimentation with amps to drive my H2s, it occurred to me that I still have these old OTL monos kicking about.

Having given a very good account of themselves when I bought them (from amdismal, many moons ago) one of the mains transformers decided it had had enough of this life - it’s toast.

The good news is that the other amp still works. There’s no obvious sign of damage to the internals of the dead amp (though that can’t be ruled out).

These are dead money to me now, and have been for years. I keep meaning to either have them fixed or get rid, but have never got round to making that decision.

I very nearly got Graeme (Valvebloke) to look at them a while back, but it never happened (I couldn’t be arsed in the end).

I know there are a few engineers here, so I wonder if the photos give any indication of whether a repair would make sense (and a rough idea of what kind of expenditure might be required), or if I should move on. I have a complete set of spare tubes (for both amps), if that sways things at all.

These really did sound excellent in their day, and might be a good match for the H2s?

At some point before they came to me, the amps had some work done by a repairer, who has this account of the project here:

Anyone care to step in with an opinion? the photos are all of the dead amp - the other is fine.

I did wonder if replacing both transformers would make sense. The aim would be to make both amps safe and relatively reliable. 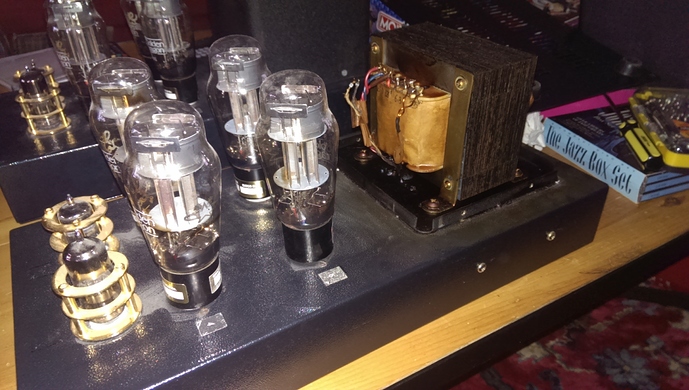 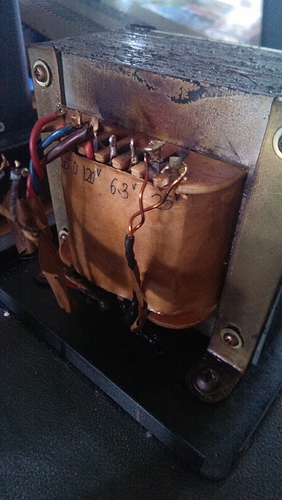 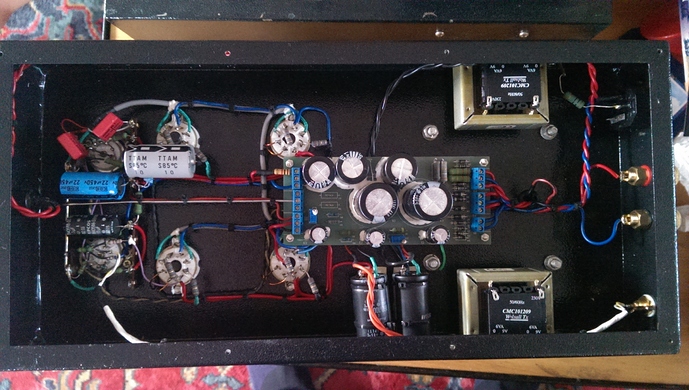 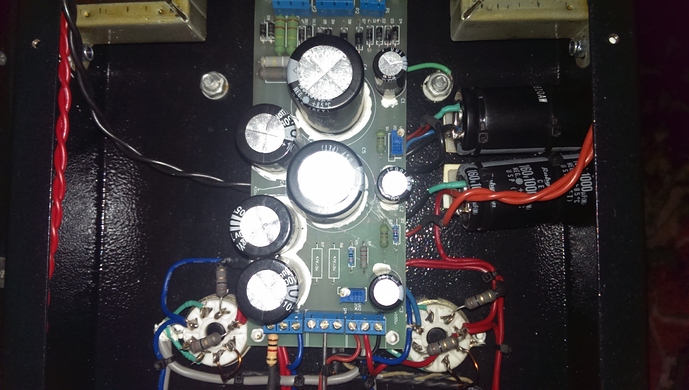 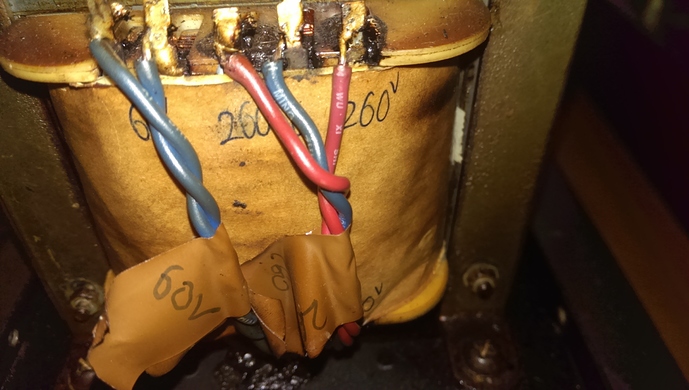 from amdismal, many moons ago

Yes - I gatecrashed his bake off to pick them up.

You have a good memory - most days I struggle to remember what I had for breakfast.

My wife says the world is glad of that.

Serves her right for marrying me, really.

It is, of course, your call but I fear it’s touch and go really. If you love them and plan to keep them then it could well be worth getting them sorted. I fear their resale value on the open market is never going to be high though. And there really isn’t a cheap solution to a dead mains transformer, particularly as the windings on the one in the pictures seem a bit unusual. Chambonino says the HT for the output stage is +/-150V, so presumably that comes from the 120-0-120 winding bridge-rectified and split around 0V. I imagine the 25V winding does the four 6N5P heaters in series. But what’s the 260-0-260 winding for - the front end valves’ HT perhaps, if they’re configured in some sort of totem pole arrangement (SRPP or mu-follower or cascode) ? And likewise what’s the 60V doing (could the small-signal valves really have 30V heaters ?) ? A single transformer to do all those jobs wouldn’t be a stock item. You could get one (re)wound, but it would likely cost a 3-digit sum - it could well be nearer £200 than £100 depending on the winder. Otherwise you could try to redesign the power supply to make use of a more standard mains transformer - something from the Hammond range, or even several stock transformers doing the different jobs. But then you’d probably want to do both amps (in fact, given the failure of the first tranny you might want to do both amps in any case).

Just my two penn’orth of course.

Put em on ebay. You’d be amazed how much people pay for broken crap on ebay.

You lost me shortly after ‘touch and go’

, but the message I extracted from what followed is that it probably isn’t worth it.

bearing in mind the spectacular nature of the tranny meltdown, I wouldn’t feel comfortable unless both were either replaced or rebuilt, which puts the cost up, of course.

Perhaps - if I’m not getting them fixed, they need shifting.

To be honest though, I might just offer them to someone who fancies a project.

… it probably isn’t worth it.

I fear it’s really only worth it if you’ll get the money’s worth out of them, in audio terms, yourself. All those 6N5Ps have to be worth something though. Mark’s probably right about the eBay value of them ‘as is’. List them to end early on Sunday evening after folks have spent the afternoon on the pop …

That makes sense. I had hoped the transformers might have been ‘off the shelf’ types, but it seems not. That’s probably the killer.

They did sound bloody good though.

They did sound good, but I agree that shifting them on into the world of someone else’s problem makes the most sense. You could drop £££ here and be either nowhere, or with an amp that you still don’t trust.

Ultimately, an OTL with a molten unobtainable mains tranny is effectively equivalent to tubes plus scrap metal. You’d be as well getting something else built that could actually be serviced.

Martin, if it makes you feel any better, the least pleasing valve pairing I had with those same H2’s was with Canary300b mono’s.
They did however sound bloody good on the end of Mark’s ART.
The best valve amp I heard them with here was the Gamma 211, but they’re rare and I wouldn’t touch another before Graeme had waved his wand at it.