For a TV, is it best to repurpose some Wharfedale 9.1s I have already with a t-amp, or get a sound bar? I think I could get the speakers nicely either side of the TV.

But do sound bars create a surround effect, and wood that be better?

my brothers got a sonos soundbar with 2x play 1’s as the surrounds, sounds very good but quite expensive.

Discrete speakers are still loads better if you can accommodate them.

But try and pick up a centre channel.

Arrive through the living room door on all fours, then rise to two feet and rush it with 8 feet to go. Works every fucking time.

I tried a few sound bars and didn’t like them at all.
i got a pair of active speakers from Richers and they are much better.
not that this hasn’t been covered before, but this is the first thread this year.

Here is the pic I used in the last thread 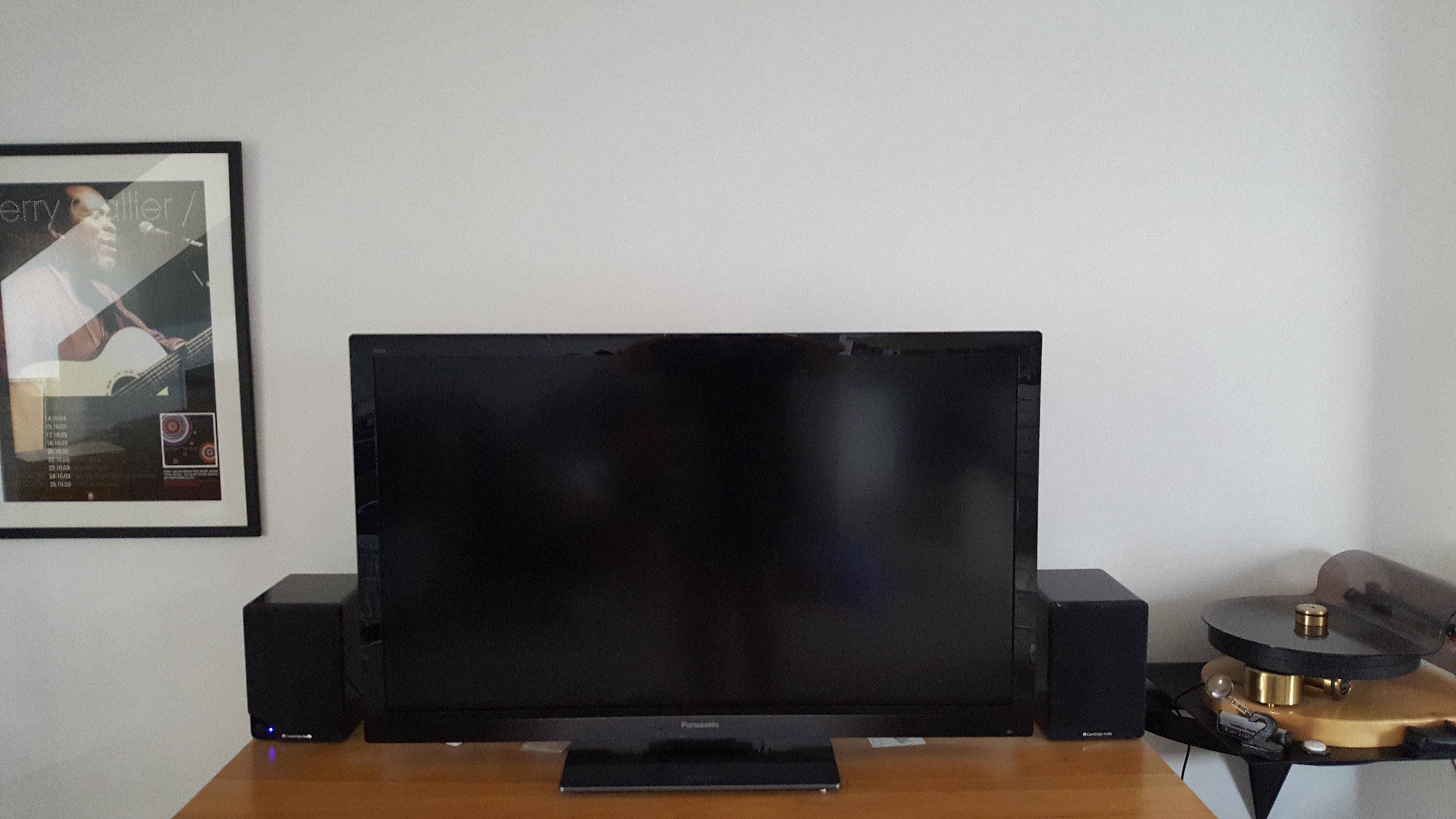 Years ago I bought a soundbar - pretty certain it was a Sony costing about £650. The guy delivered it and set it up. It simply did not work; no surround sound whatsoever but good basic stereo sound.

After a lot of attempts in positioning he said the he thought the rooms shape (lounge / dining room open plan) or the big fish tank we had at the time was the problem. He took it away.

Instead we bought a Q Acoustics Q-TV2. It bolts on the back of the TV and has a decent bass unit in the back and stereo speakers on the side. Not surround sound but very good quality 2.1 system. 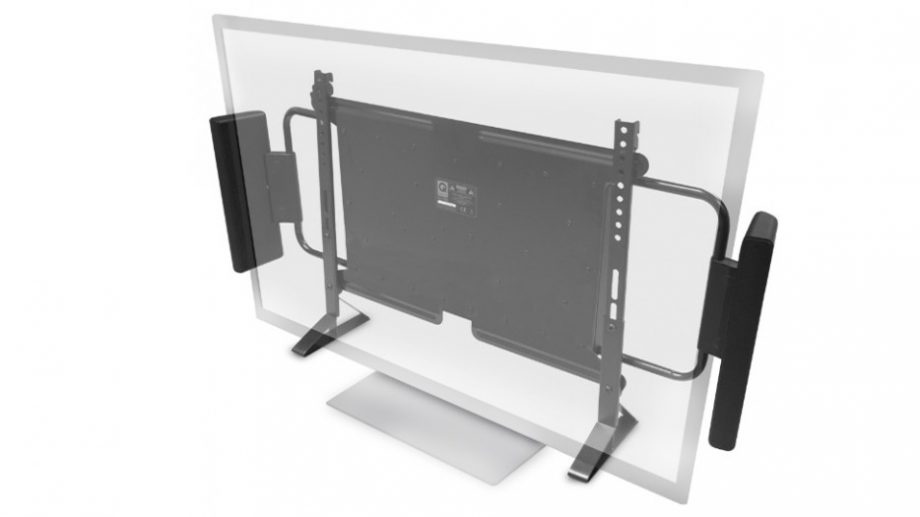 I have both my hif speakers and a sound bar connected to our main telly. For normal viewing we use the sound bar (and its sub). For movies we use the speakers as they are room filling however speach gets a bit lost though stereo speakers without a centre channel. Given the choice i’d go for a sound bar and a small sub. Depends how big your room is as well.

I’m using my JPW Gold mini monitors purchased from Richers in about 1990, they sound loads better than my mates soundbar. I’ve got a tangent centre speaker I paid £40 which for the money is great. The centre speaker sits on a plinth on the floor. The mini monitors sit in the corners on plinth.

I tried my totem Arros in place of the mini monitors and they were superb, but too unstable with a 2 yr old in the house.

I wouldn’t buy a soundbar if I were you. Just buy a centre speaker.

I’ve used sound bars for years. Currently have a Sonos one.

My main stereo speakers are on either side of the TV, so you’d have thought I could use those, but it always feels like my brain is being sucked out of my ears without a centre.

Hmm, I really hate it when you can’t hear the vocals for the effects, is the a way to get a centre channel without loads of boxes?

I’m having the same dilemma at the moment. I have tried a couple of soundbars but I also fancy looking at a pair of actives bookshelf options like the Dali Zensor 1 AX. I don’t really want a dedicated sub but like having the option of a sub out in case I want to add one in the future. The Q Acoustic soundbars seem well regarded. I may give one of them a go as I’ve been very impressed with their little standmounts.

Hmm, the TV I bought seems to give me £200 off a £300 sound bar with a current promotion. If that checks out I’ll buy that sound bar I think.

That’s what I’d do. A single soundbar, and that’s it.

Dialogue is far more important than anything else for a TV.

Born out of a passion for perfection, the Q-TV2 will transform the way you enjoy your TV. Unobtrusive and supremely easy to install, it boasts 100 watts of amplification, driving eight advanced technology loudspeakers in stylish stereo enclosures and...

I have my TV connected to the HiFi amp/speakers. There’s no room for nowt else. I find that generally the sound works except for effects heavy movies. Then I balance the sound but turning up the volume on the TV. So basically it appears that the stereo effects are through the main speakers and the speech is through the tinny TV speaker.

It’s all an illusion of course. But it works for us.

Interestingly, I posted looking for justification for using the speakers I have, but have moved to the sound bar as prime choice. Woo.

Bought anything yet Adam? Just interested in your thoughts as I am still debating what to go for.

Not bought anything yet, the sound is ok on the TV so I haven’t been bothered. Must check how long that special offer is on for!