Much to my surprise when expressing my need to replace my existing power amp due to an intermittent fault some months back, my good friend Gaynor, became immediately quite interested when I discussed the energy usage advantages of class D technology amplifiers. Her interest surprised me as she’s not generally hugely interested in hi-fi & such, however her partner Paul listens to a great deal of music each day using a very aged JVC integrated amp.

This matter was further discussed on her visit a couple of weeks back, when I mentioned I had settled on what I was buying & wuz shortly about to pull the trigger.

At the time I thought there should be a plethora of good options at a guess-timate budget of say £200 to £350 which she seemed happy with as a suggested spend. I offered to research this further for her & see what popped up as any likely contenders.

However once you get past the multitude of very pared down Chi-fi offerings with quite weedy real world power outputs & very little in the way of decent amount of input provision arrangements, there are far less on the market from more traditional/well established Hi-fi mfrs at the more affordable end of the price spectrum than I had expected.

I’ve been waiting until I had some further details from Gaynor re the amp it would be replacing & the speakers it would be driving, just to make sure power provision would at least be adequate from the new amp suggestions.

The good news is that no powerhouse is needed as t’ JVC amp is only rated at 25wpc, so suggestions that are rated at 30 to 50wpc in real world terms should be fine.

Some research has identified a couple of contenders with a slight budget revision that Gaynor is happy with of up to £450.

Richer Sounds were doing them for £430, but it looks like stocks have pretty much dried up unfortunately, with now only an open boxed unit from their store in Sheffield.

From the published information it would seem the D 3020's Class D amp modules remain largely unchanged in the V2. But on the basis of my tests, it seems that NAD has 'tweaked' the amp's performance, reducing its output impedance through bass and...

Nad state 30wpc into both 8 & 4 ohm loads, but Hi-Fi News have independently measured it at 50wpc into 8ohms & 58wpc into 4ohms, so should be more than enough grunt.

Just discussed the above amp with Gaynor & she seems quite keen & actually quite pleased at the relative simplicity & limited but quite adequate for their needs feature set. I also reckon it could be a better option than summat like t’ Onkyo in terms of long term ruggedness & reliability?

Cheers Shaun, my thoughts too.

Gaynor has just got back to me saying that Paul would prefer to have USB connectivity for hooking up the laptop. Annoyingly the previous V1 version had this provision.

Shouldn’t be a problem as I have a couple of spare DACs with this provision & a Musical Fidelity V-Link USB/SPdif convertor which I am more than happy to donate. Churz Dave, aren’t both of those class a/b though??

There really doesn’t seem to be much in the way of class D offerings from the better known mainstream mfrs at this modest price point. Something of a surprise as it is fairly mature tech these days. 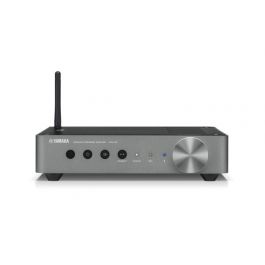 Aha, I’d forgotten about those didn’t realise they were still in production.

They’re discontinued but Superfi still have stock according to their website.

Chap on ebay also has stock. 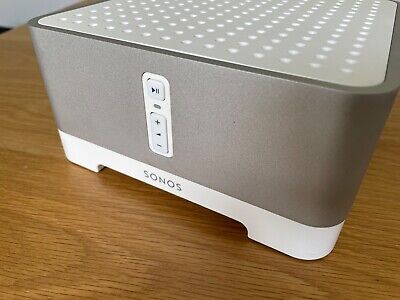 I know you don’t want to go down the chi-fi leg but I bought this tiny little Sabaj amp, built in DAC. It was bought for the optical output from the TV, and due to a firestick I can use it with YouTube music.

I also use Bluetooth from the laptop or phone when I have the place to myself. It drives Totem Dreamcatchers, which aren’t the easiest load, with some ease and it sounds ok, especially playing with the inbuilt EQ.

Cost £90 delivered from China. I’m not saying it’s a perfect fit for you but I wouldn’t totally dismiss the chi-fi side. 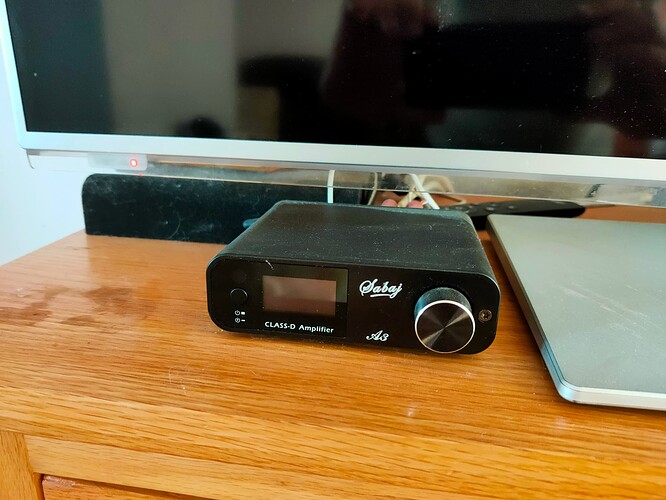 Cheers Simon, not necessarily completely ruling 'em out. It’s partly cos there are so many with little in the way of meaningful user feedback & sensible specifications. Hearing some positive feedback from a seasoned audio enthusiast on this forum is genuinely useful & good food for thought!

I’ve been impressed with the Bantam Stealth Amplifier, the Bantam Integrated as a UK sourced alternative. You could get one of the cheap Fiio DACs and just leave it plugged in behind.