Was thinking this for the DAC after seeing Adam post a link, what’s a cheap way to stream to it, files stored on a Synology nas.

I do have an old Mac mini somewhere I may be able to get back up and running bug ideally I want something simple and Android app driven. 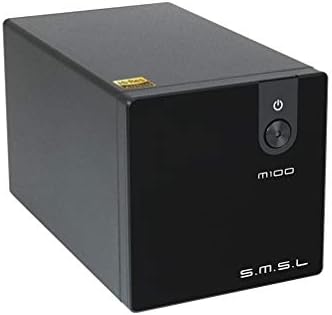 I have a pi with Nintendo installed on it here

Compose your own bundle based on the HiFiBerry Digi+

and a preflashed image of

But equally, I’d be surprised if there wasn’t some software kicking around for the Mac that would give you an android control point.

Or Squeezer on android will control a Picoreplayer install with LMS. I think you could try a USB connection to the dac rather than go the digi hat route as well.

Surely the NAS has some playback software, and you could stream directly via USB to the DAC? The Synology has Audio Station, I think I’d try that first before getting extra stuff, it might be fine.

If you got a Pi then you could install the picoreplayer, and use the NAS as server. The pi would be plugged into the DAC via USB, so the NAS could be away from the listening room.

Btw that DAC isn’t the one I have; mine are the Sanskrit Mk2. They are slightly more expensive than that, although all DACs sound the same.

I’ll give this a go tomorrow time permitting.

If you got a Pi then you could install the picoreplayer, and use the NAS as server. The pi would be plugged into the DAC via USB, so the NAS could be away from the listening room.

I’ve got all manner of Google chromeand Amazon stick Sonos things here but none of them will pass DSD on, app I’m using on my phone is BubbleUPnP which is a breeze.

It’s not impossible that Logitech Media Server with the DLNA and Chromecast plugin will be able to stream DSD using your devices. I don’t know.

It might have to go through DSD packed in FLAC, and I wouldn’t be sure that the optical output would cope.