Cocks on clocks (Part the Second)

I mean all my anecdotes come from 15 years ago on watchuseek but there were lots of horror stories. Just puts me off.

Had my Dual Time serviced by UN via STS as it had a 2 hour power reserve. Also needed new crown and pushers because ‘reasons’ ???
I lost the Steeldive pellicase I sent it in but got a nice leather UN travel case back so fair trade imho.
Total service cost was an arse clenching £1100 but I’m still in profit on the watch according to C24 lol.

I’m now in an affordable phase after spending rather a lot on watches and hifi this year.

In fairness the child’s wrist makes it look sillier. Put it on a grown up and it wouldn’t look so crazy.

Pretty certain that a friend went to school with this guy.

Anyway, whoever he is, he’s got absolutely howfin taste in watches. 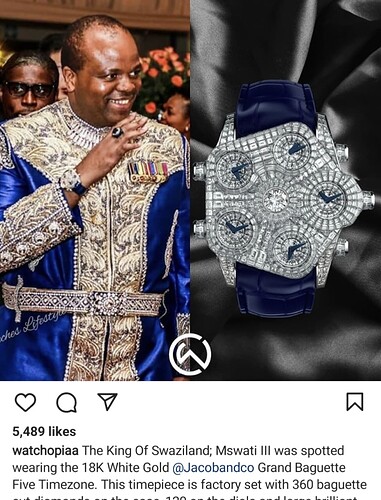 I think I received an email from him 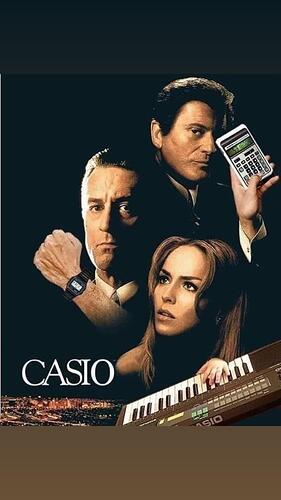 Never understood the attraction of those watches Free with 5L of oil weren’t they?

What have the Casios ever done for us.

Exactly, what we want are +/- 10 secs a day, the cost of a small car, watch faces designed so you can’t see the hands and the whole thing weighing about the same as a small anvil hanging off your arm!

Have you learn’t nothing from this thread?

What have the Casios ever done for us

That particular model? Blown quite a lot of shit up.

For many years, the Amazon listing for the F-91 included a picture of Osama Bin Laden wearing one in what must have been the most curious ‘celebrity endorsement’ I can remember seeing.

I don’t have an F-91, I have an A168WA because I’m an absolute baller. I love its enormous ‘Assistant Junior Manager’ energy.

As a 15 year old nerd, I wanted a Timex LCA and part of me still does tbh.

I can only dream of such executive sophistication.

have an A168WA because I’m an absolute baller. I love its enormous ‘Assistant Junior Manager’ energy.

Wife and Daughter both rock one of those.

The Timex, omg. I used to dream of those.