Wondered if anyone knows someone who can repair a pcb with surface mounted components? 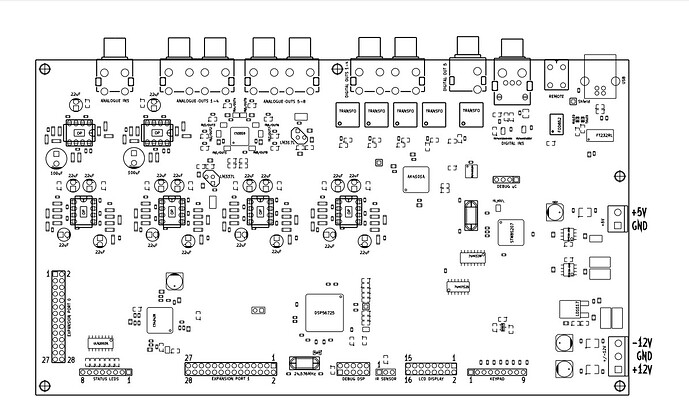 its possible without an SMD re-work station, but a PITA and needs a steady hand, big magnifying glass, fine point iron, flux, de-solder wick, lots of patience, tweezers, steady hand, breathing exercises, and an acceptance you might make it worse

When can you do it?

I curse the day SMD was invented, not as if fault-finding-and-fixing PCBs was especially easy before, but now you have 1mm resistors, 1.5mm caps, tiny traces that cook off the base-board as soon as you look at them… Ugh…

Miss the days you could tweak a circuit dropping different components in and out easily to see what sounded right, too.

Good luck, someone must be doing this, but no idea who.

Good luck, someone must be doing this, but no idea who.

Children on pavements (maybe the light is better ?) in Shenzhen, scavenging components out of recycled mobile phones …

It’s take that if reliable and it fixed the board

Absolutely certain to be a better choice than doing it yourself

Did it just smoke the inductor on the input, or have very bad things potentially happened to the ic’s?

It’s further up than the inductor.
Nick, the board’s and SW creator helped me with basic trouble shooting back in 2017 / 2018.

At that time he was still very much in business and I bought a new board.
I was one of the early adopters back in 2012 and got my 1st board working very early on.
I got a discount…

A year later he went on a motorcycle tour of South America. He disappeared in Bolivia (I think it was).
Never heard of since!
Recently a Belgium inquest deemed, Death by misadventure, as a body was never found

Was thinking if I could get my old board going @dom could take it on.

I can connect a PC via USB, but see various weird errors and processor overload etc.
I guess there’s a firmware need if ROM gets damaged or chips replaced.

Assume a worst-case scenario and assume whatever caused the fault has indeed killed all of the ICs on the board - find out if they are all still available, and at what cost, first, and then consider what this device is worth to you - cos by the look of their “domestic repairs” drop-down, you’ll be paying £50 an hour at the very least.

There may be someone cheaper out there, but probably not by all that much.

If you haven’t already, ask around on AVForums and DIYAudio - DIYAudio will rip you a new one for 800 reasons you haven’t thought of, mostly irrelevant, but both have shitloads more active members than this mausoleum.