Handing in your notice

Feel free to move to the correct thread, I did have a quick look.

I have nothing to go to currently, so it’s always a bad idea. I’m trusting I’ll be able to get another role in a couple weeks when I’m in a better mental state. This job is making me utterly miserable (even more so? If possible), it’s the wrong culture - none, it’s all office 365 Jira confluence and all that soul destroying bollocks, and I’m probably not going to pass my probation at this rate, I’ve been back 3hrs and I feel the same as when I peaced out two weeks ago as they paid me fully out of goodwill rather than putting me on statutory as I’m pre probation.

So I’m basically back before I should be and don’t enjoy it in the slightest. I could get another job straight away but I could also do with a couple more weeks off, supposed to be a senior DevOps Engineer and I can barely use a computer currently.

Most money I’ve ever been on, but fuck, it’s not about that, no way.

Thoughts? Ever done it? I’ve just flipped a coin and that said yes, so. Good times

Please forgive my bluntness, but you’re stressed out and suffering from mental health problems. In your current mental state you’re not in the right state of mind to take big decisions. Don’t let the company of the hook by resigning. You need to go off sick. You should only resign once your health has improved and you are back at work.

Yeah, but I’ll come back and feel the same. I am 1000% sure it’s not the right company for me, and the cloud market is currently nuts. I’m quite happy to just walk away for a bit and re-evaluate.

I have savings, and I’ll only peace out for a couple of weeks. I’ll find something

Afraid to even mention it to manager as he’s so unapproachable normally. Fun times

If you can afford it hand your notice in and leave on good terms. explain why you are leaving.

You’re best placed to decide whether the company and the role is right for you. It does sound from this and other recent posts that it isn’t doing your state of mind any good. Having had a few weeks away to come back and post what you have earlier speaks volumes.

Its entirely down to you to do what feels right and sits best with your values. You could legitimately get signed off and continue in this way until the end of your probation/ you find another job; or you could choose to hand your notice in now and negotiate your timing etc.

Hope whichever you choose you get your head back together soon and find a better position that doesn’t drag you down like this one.

Yep. Quite a few times when I was younger.
The last occasion, not only did I quit my job (we both did - well technically, we hastened the end of our respective contracts), but moved to the opposite side of the world with nowhere to live and no job. We had done this twice previously with varying degrees of success.

I am far more risk averse these days but then I’ve less than 4 years of full time working life left.

Sadly, it’s only you who can make that decision, and it’s not something that should be done without considering ALL possible consequences.

Can’t improve on that, other than to ask if it’s a tiny company that might be harmed by the cost of retaining Morrisey while he gets his head together and decides What Next?

The decision to go is already made subconsciously, so now it’s on to the planning stage.

Protip: don’t decide to become self-employed if you tend to suffer depressive episodes.

I’ve been in similar position a few times. Your health and well-being are the most important consideration; Everything else is secondary. You are in a probationary period for both sides, so you are within your rights to decide that they are not a good fit for you. Don’t criticise their methods in your resignation letter, just say that you aren’t a good fit for each other. Keep well.

I’m in a similar position. I’m clinging on here while negotiating my next role. I don’t have the liquidity to just leave and it’s doing my head in. If I could just leave, I would.

Just done it
Week notice and holiday.
Thanks for your help guys it means a lot x

You are in a probationary period for both sides, so you are within your rights to decide that they are not a good fit for you.

Seven years ago, I had been in my role at Ford as an IT Analyst/Programmer for 15 years. I rented a flat in Southend, the wife was in Wales and the first grandchild was due. I walked in to work on the Monday morning, emailed my team leader, I worked for an IT company and wasn’t a Ford employee, met him in the cafe at work and handed my notice in, Just like that. No job to go to but I just couldn’t face another Sunday night on the 4 hour drive from Wales to Essex.

After a couple of weeks in Wales realising that there were no local jobs for my old school IT skills, which I sort of expected, I got talked in to taking a part time Care job just to get me out and working - I’m a pain if I’m not busy - which I thought would be good.

Now 7 years on I do a full time care job, I’m home every night, Spend time looking after the grandkids on a Wednesday to help my stepdaughter with the childcare. I actually feel I’m doing some genuine good in my job now rather than just working for the corporate $ and aiding Ford graduates get promotions and much better pay rises than I ever got. Of course the pay isn’t as good but I’m much happier

Back end of last year I was awarded one of the carer of the year awards in the local newspaper’s annual care awards. As much as I would like to say I didn’t care about it, there was a part of me that felt it justified walking in on that Monday morning and handing in my notice.

All I can say is good luck and hope you’re much happier going forward.

It sounds like the computing world is a tough game. Have you considered a complete change of direction? (Pretty sure you could piss this) 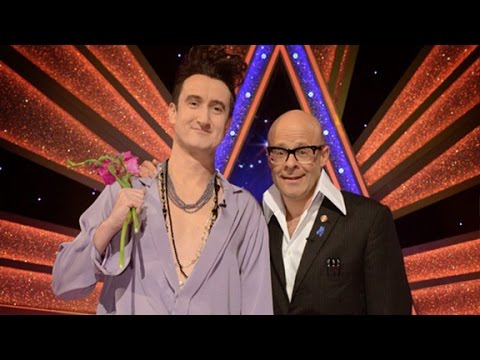 My only regrets in this respect revolve around times I didn’t hand in my notice when I knew within days that the company wasn’t for me. Happened a couple of times. Hated my time working there.

Look after yourself, it’s much more important than money.

In 40 years of working I quit my job twice without having a job to go to.
The first time was in 2008 after a big row with an American boss. I ended up agreeing to be made redundant thanks to an extremely helpful HR department. Two weeks after I left I was offered a contract job with a different group of the same company on twice the salary. The second time I quit was in 2012 after getting totally fed up with the relentless 1-3/4 hour each way daily commute. It took two months to find another suitable job. Both times I felt a massive sense of relief.

I’ve had to put my notice in a few times.

Later I walked away from GE when they bought the company I was working for. That time they had to buy me out and although I walked away from a life changing amount of money I genuinely couldn’t face staying there unhappy for 3 years to collect it. Instead I used the shares I sold them to set up my own business and never looked back.