Pics are on the link. The title says 64 but it is not seldom in Japanese ads these are mixed. It also mentions 64S in the description.

OTOH, I am not sure if the tube is shiney enough for a steel. It rather resembles aluminum.

The difference is effective Tone arm mass twenty or thirty five GM’s. Hard to say which that one is.

I know the micro seki arms had an S on the end but that denoted silver rather than copper internal cabling.

Are you thinking of the Fx version, Bob

Did bit of digging, silver wiring was an option on both the 64 and 64S arms. The difference is the effective mass, IE aluminium or stainless. I think the one you mention was black in colour?

I forgot my log on, but manuals for the 64 and 64s are on vinyl engine.

or, maybe not! I appear to be spouting rubbish.

Where’s Guy when you need him?

And on top you can’t contact a seller on a silly Japan Yahoo if you are a gaijin. The most ridiculous auction site ever…

S is for steel, not for silver wire - that’s marked with a sticker.

It does look like aluminium. Here’s a 64 from HiFiDo 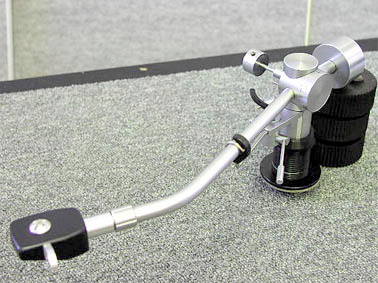 And some other pics.