Has anyone here ever used a CV writing service? I desperately need to update mine, and struggling to find the time to do it between work and kids etc… to the point that paying someone to just do it is starting to feel worthwhile…

Don’t want to put you off, but…

I’ve had the misfortune to look at 1000’s of CV’s and the ones that came from writing services were easy to pick out - professionally presented but rather generic, too much jargon bingo etc.

If you know what you want to say then it shouldn’t take long to find/ steal a nice template format and type it in yourself.

Not used one myself, but did a stint in recruitment for a while. We got to know the ‘professional’ ones very quickly as they were all the same and looked liked they’d all been done by the same person.

Look online for examples (there’s tons of them) and try to make time to do it. Easy to say, I know, but worth it in the end.

No, that’s good to know, and I had suspected as much.

Best of luck sorting it. And it’s given me the jolt to update mine

Mr. MWS’s CV skills have been requested by several unsuccessful online ‘Dating’ members of this very forum:
I created a rough template which can be changed to suit your particulars. 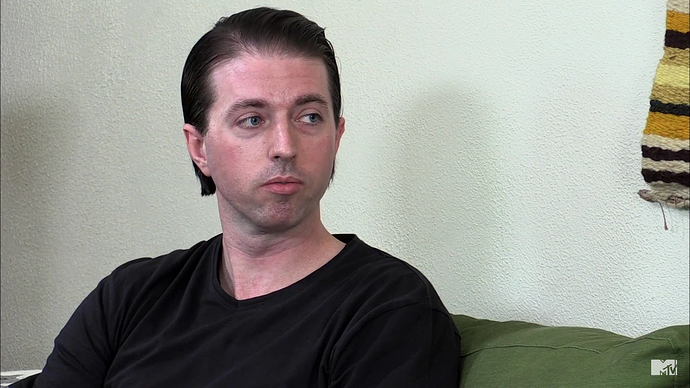 You may bask in my reasonable company…

I live by myself, I usually pay my own rent, I wear socks that often crunch underfoot and love playing with myself in parks and car washes. I am confident, have a GSH and a moderately strong back. My thighs are luxurious and have a firm grip.

I do stunt work. (Actually that makes me sound a bit Macho,) I am a stunt Ass for Enrique Iglesias and recently taught his mother to Twerk. Oh, and I’m in the fitness biz, I steal leotards and bathroom fixings form gyms most weekdays.

I was taught Reiki in Romania, where I lived for two years in a half way house . Happily I avoided being bitten by vampires. …But the gypsies still chase me when I close my eyes.

Pancakes and mediocre times are what I will give you for breakfast.

I believe in the law of attraction, weird random events that seem too unlikely to be merely coincidence happen more frequently than they should. I spent a number of years in my early 20’s road tripping and meditating. I believe thought has an energy which impacts and manifests reality and shapes it in very specific ways. As an example I was in Soho the other day and I held £150 in my hand and the next thing I knew I was being fellated out the back of Patisserie Valerie by a underfed homeless man called Woody . You see serendipity!

I believe in the law of attraction, weird random events that seem to unlikely to be merely coincidence happen more frequently then they should.

Nah. To for too. Then for than. Nul points.

A top template. All I need to do now is add my love of animals, especially dogs

The bots may recognise Patisserie Valerie & Fellated but Iglesias may get past.

…could it be that there were one’s that were so good that you didn’t peg them as ghost written, and it was only the one’s done by poorer CV writing companies that were obvious?

(I’m going with the MWS template, so just asking out of curiousity

No, the best CV’s had a decent template format, nothing too flashy or fussy, lots of white space on the page; very concise and showed a good understanding of the role and how the candidate would apply their skills and experience to it. Also a clear and compelling case of why I would benefit from employing them.

Preferably 2 pages, but 3 at a push. Anything over 3 pages imo smacked of either some-one who cannot be clear and to the point, didn’t really know what they were about and therefore just threw everything at it without any kind of selectivity (Or were an academic/ doctor used to listing everything they’d ever published and incorrectly presumed that I would find that relevant to a completely different position!)

This is true. Wherever possible do not go over two pages. And for gods sake check your spelling. Then get someone else to check it again. Then wait a day and check it again. Do not rely on spill chucker to do it for you.

Ultimately anyone who can’t demonstrate to me that he is willing to spend a few hours on his CV isn’t going to be given the opportunity to spend forty hours a week in the same office as me.

Ultimately anyone who can’t demonstrate to me that he is willing to spend a few hours on his CV isn’t going to be given the opportunity to spend forty hours a week in the same office as me.

Yep. I’m afraid that’s how I view CVs (and applicants) too.

Well I did used to, and that was one of my policies on recruitment!

I also echo the earlier comment on being able to express, clearly and concisely, your skills, strengths and why you are right for this job.

Exactly, it doesn’t take that long to fabricate some bullshit.