First mince pie of the year (Waitrose) with my mid morning espresso. Typical Heston cuntery. Carroway pastry, carrot filling and smoked sugar sachet to sprinkle over. If you set aside all normal expectations (because they don’t taste like any other mince pie you’ve ever had, and the rather meagre filling) actually very tasty indeed. 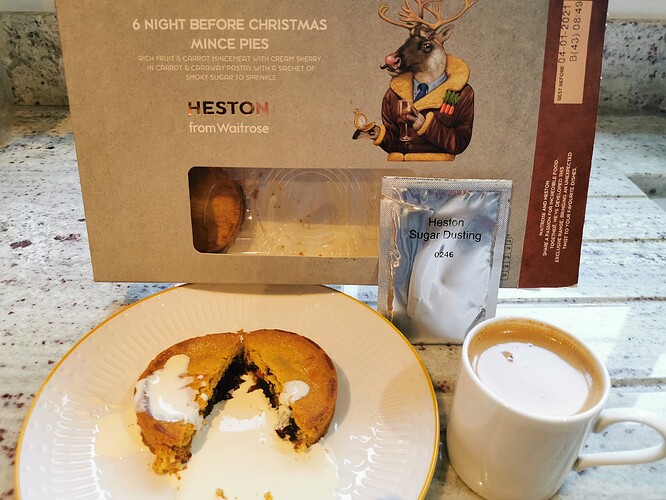 Would you like a moderator to move this to the mince pie thread, Jim?

Just love everything Heston does so much, couldn’t help myself…

Why not start a 2020 one? It is almost December so we can sledge you for premature piejaculation in November (which would explain all the jizzy filth on your pie).

I’ve been ignoring a box of Iceland Mince Pies in the kitchen. Seemingly they are the ‘Good Housekeeping’ pie of the year already. Even the the judging is premature this year. Anyway, it is not December so bollocks to them.

A gentleman does not mince his pies until December. There is plenty of other stuff to scoff in the meantime.

You don’t mince your words do you. 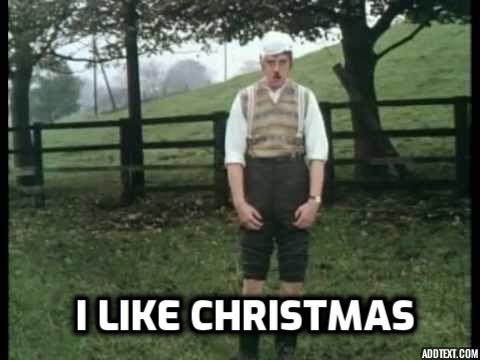 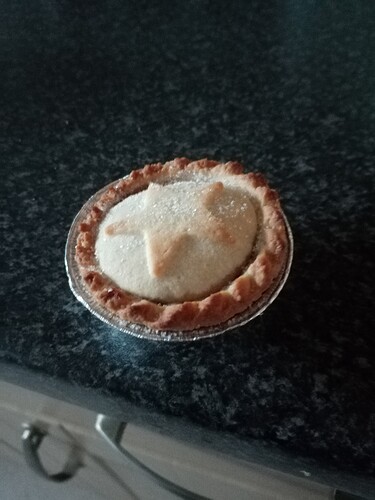 Very poor effort. Looks like there is a sugary crust on top of that Lid Fail.

The local shop had Simmons mince pies the other day, so I bought some and scoffed them.