I feel my 6 year old Samsung Galaxy 3 is soon to be an ex-phone - it’s been generally excellent but despite much cleaning and very few aps it’s got ever so slow, and has started randomly re-booting.
So new phone time…
I’d prefer one with a replaceable battery (or at least relatively easily replaceable) as I want it to last at least 6 years again. But I’d like it to quite up-to the minute, fast, with good sound. I don’t want it to cost enormous money either. Don’t care about waterproofing as I won’t be swimming with it.
Any thoughts? Anybody bought a mobile from China before, and if so - customs? Speed of delivery? Reliability of seller?
I quite fancy an LG V20, which looks to be the Dog’s but has the problem of being US and Far East only - it’s even got a 32 bit DAC!
Or the chunkiness of a Blackview BV8000 Pro, which has the added bonus of being able to survive a nuclear war, has 6Mb RAM, a dB meter (!), and a 4180mAh battery which is unfortunately a complex thing to replace…

I quite liked the look of the V30 from the specs, that’s probably what I’d get if buying premium now. LG tend to discount old models a fair bit, so a V20 might be good value soon.

With respect to buying from China, I would be cautious. You won’t get any service to speak of, and only 1 year warranty at best. That might be OK with a Samsung, but not with a Chinese brand that has no presence here. I might be tempted to punt up to £200, but I would struggle to get up to the likely £400 point of the Huawei Honor V10, which looks great otherwise.

V20 is relatively good value at £250-300 - but it’s not released here so it means buying from HK/China or USA… I can get a Blackview for around £280 from an alleged UK seller, with an alleged warranty, but I can also buy the same phone from quite legit Chinese sellers for £100 less - unless customs get hold of it!

I wouldn’t discount looking at some of the mobile networks’ own-branded offerings. Some of them are now surprisingly decent. A few years ago they were almost universally shite.

Google a few reviews of the ones on your preferred network to decide if they’re good/dud. 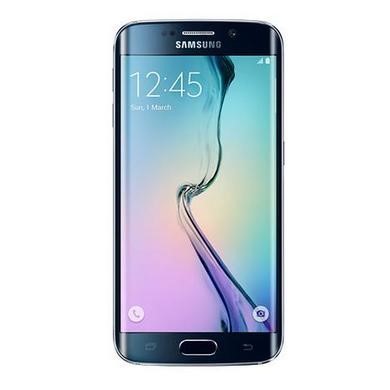 Spec isn’t as good as the LG V20, which has an excellent manual camera (!), 3 mic audio recording with noise cancelling and a 32 bit DAC (!), it’s running on Android 7 nougat, 64Gb onboard storage, a removable battery(!) and it’s MilSpec armoured… Just bought one with a year warranty and UK service centre at £268 - delivered from France but it’s a Taiwan model - dual SIM too if I should ever need it… It’s big though, at nearly 16cm long (that’s 12 inches in bloke-speak!)

You have many exclamation marks, excellent

! !ike exc!amation marks!!!
It’s the manual camera and audio recording that sold me on the LG - I record rehearsals, and no matter which phone I use to record it’s distorted. I’m hoping the V20 will do a lot better. I’ve read on muso websites that it does a pretty good job.
Besides, I had an S3 before (which has now broken down - 6 years, pah!!!), and I’ve got a Samsung fridge which also broke down. But my LG washer is still going strong after 10 years - everybody knows white goods are the benchmark for mobile phone performance and reliability…

Seems you have already decided, so pleased you came here to ask for advice, it has been worth our while for you to reaffirm your purchasing decision

Wife had an LV phone 10 years ago, biggest pile of

we ever wasted money on.

Seems you have already decided, so pleased you came here to ask for advice, it has been worth our while for you to reaffirm your purchasing decision

The internet, in one sentence

The internet, in one sentence

But only if I flounce in, compare someone to Hitler and flounce out again…

If it ever arrives. In one piece. And works.

I wouldn’t discount looking at some of the mobile networks’ own-branded offerings. Some of them are now surprisingly decent. A few years ago they were almost universally shite.

Google a few reviews of the ones on your preferred network to decide if they’re good/dud.

I have a Vodafone Smart Ultra 7, which is pretty good. Now called the Smart Turbo 7, it’s £49 on PAYG or free with cheapest contract.

If it ever arrives. In one piece. And works.

It’s arrived! And it works!

It’s arrived! And it works!

For how long. Also the reception on LV phones is nowhere near as good as Samsung, we tested 6 different phones of each make and every Samsung trounced the LV on reception, which is a basic thing in my mind.

Reception quality is very complicated. My Pixel is usually better than my wife’s Samsung S7 at getting data in poor areas, both on EE. I think it depends on loads of variables though. Is there anywhere that provides unbiased data on this?

Not really, because as you said, it is very complicated and inexact. Testing under lab conditions and publishing those results is about as useful as publishing mpg figures for hybrid cars - i.e. meaningless bullshit.

The signal strength meters on phones lie. I recall a story that a certain phone was getting complaints about poor signal, the manufacturer share the firmware so the meter was more ‘optimistic’. The complaints stopped.

As Mark says above, radio environments are very complex in practice, so results are very unpredictable.

The phone part seems to work…
But the camera is excellent with manual exposure, focus, film (!) speed and focus pulling if needed.
And the sound recording quality is the best I’ve heard on a phone - even if levels are high…

How are you getting on with the phone? I’m vaguely tempted since I’m so annoyed with my pixel XL