One of my longer term projects has been to put a system together to use my Decware Zen. Now we have moved house I actually have a room for a second system, which will be our Dining Room but mostly used as a hobby room (Sewing for Mrs Hoops for example).

This will be background music so I was thinking of bridging the Decware Zen to Mono, and mate with a high efficiency driver like the Goodmans Axiom 301. I’ve been looking for a pair for well over a year or so but unable to find a pair in decent condition. I did find a mint pair but they got damaged in transit.
Bridging the Zen means the impedance will be halved as I gather, so using a 15-Ohm Axiom will be fine, or even using a pair together in parallel should be OK as the Zen is said to be stable below 4-Ohms despite having a 6-Ohm tap on the output transfomers.

I would use the Yamaha CD-NT670D as the sole source for CD/Radio & Spotify streaming although I do have this old Thorens TD-160/RB300 that I am halfway though refurbishing right now (awaiting a new Maple plinth).

Has anyone done similar for a background system?

Bridging an amp normally doubles the output impedance. If it’s a 16 Ohm speaker, each amp will see 8Ohms, so the 8Ohm taps should be used. A normal 8 Ohms speaker would present 4 Ohms.

What bridging scheme did you have in mind Rob ? As Pete says, if you put the output transformer secondaries in series then that’ll double the impedance that the amp is expecting to see, so 8ohm taps on the transformers would be best matched to a 16ohm speaker (nominal 15ohms is plenty close enough).

I can’t recall whether either of the Zen’s speaker terminals is hard-wired to earth. Commonly amps have the black terminals wired like that for safety reasons (the speaker lead is regarded as an ‘accessible conductor’ so it should be protected from rising to a dangerous voltage in the event of a fault in the amp). However the Zen schematic doesn’t show either terminal earthed. If neither is then you can wire the red terminal of (say) the L channel to the black of the R and use the other two terminals to drive your Axiom. If two of the terminals are earthed then a bit more rewiring will be needed to get the output you want. Fortunately there’s no NFB from the output transformer secondaries in the Zen. That can sometimes present a real headache if you want to bridge.

The speaker terminals are not hard wired to earth: 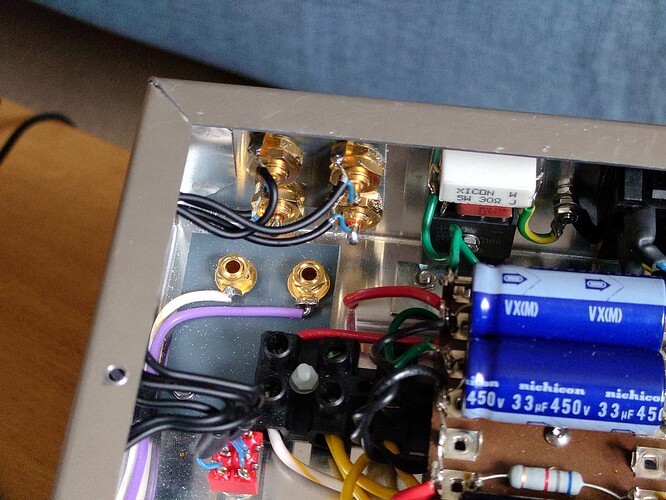 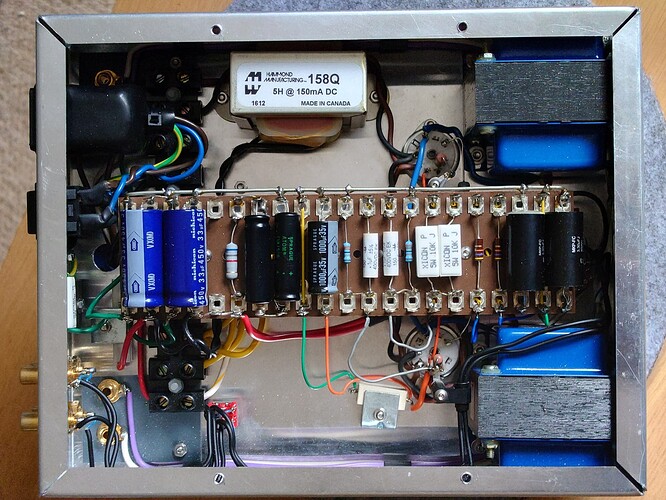