Rather than crap on the Roon thread any further

Teh interwebz suggests this

but I’d never heard of it until today so I’m a bit leery of it.

I’ve had a wee look - it’s basically freeware written by one guy in the UK.

I’ve installed it without letting it at my data and it looks like a more modern, less abandoned MediaMonkey.

So now (I think) I’m letting it at the music. I’ve done a last minute in-case-of-catastrofuck backup, kicked off a scan and it reckons it’s indexed 7,400 of 26,040 files.

It remains to be seen what kind of a horse’s ass it makes of things.

Having used MediaMonkey probably for over 10 years I may have difficulty adjusting. 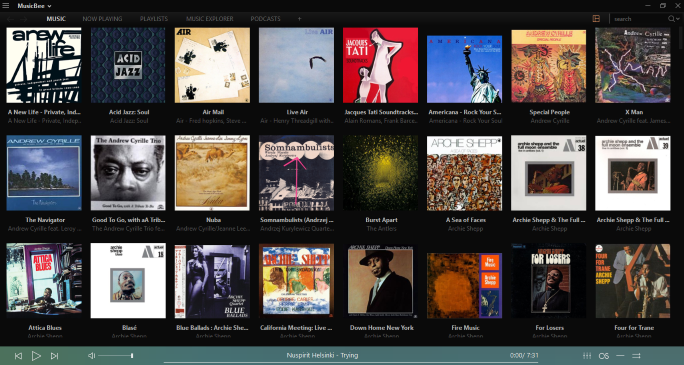 Hmm. It very nearly got insta-uninstalled when only 1 in 10 of the artists showed up with any artwork.

I (correctly) guessed that it was finding embedded artwork, but I have a hell of a lot of things just with a folder.jpg in the same folder. There’s no way I’m going to redo all that.

After a bit of poking I found this dialogue

Re-check and re-scan artwork and it’s looking a lot healthier. 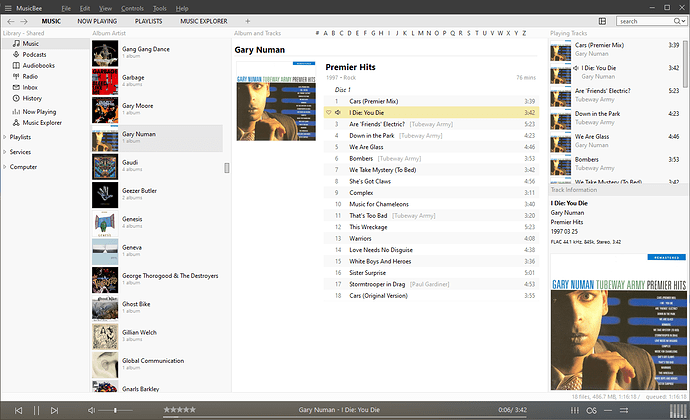 It was also very easy to tell it to use exclusive WASAPI - the whole playback thing worked without thinking.

So, I may persevere.

Device integration (i.e. copying stuff to a card on a phone) is a cinch. I’m starting to like this, but 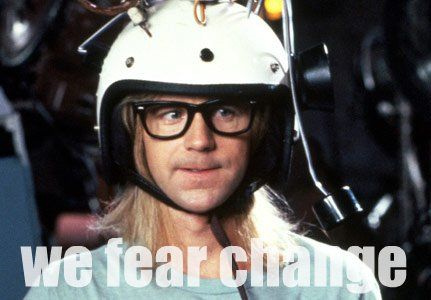 I’m sure nobody gives a flying fuck, but today I decided to go balls out with MusicBee.

For a while I wasn’t at all sure about its handling of what is for me the most critical part of MediaMonkey’s capability, which is keeping files organised according to rules driven by the tags.

So I switched back to MediaMonkey. But it’s become so clunky over the years and frankly so difficult to read with my shitty eyesight that I’ve moved back to MusicBee again.

I’ve figured out a set of rules and special character translations that mean that if I told it to keep the whole library organised would mean minimal file movement, and now I’ve finally pressed the button to let it do its thing. No going back to MediaMonkey now (at least without a lot of pain).

Fingers crossed it doesn’t seem to have screwed the pooch (although I took two backups first).

I use it as well and like it’s simplicity but I don’t have a large music library so good luck Guy hope it works out.

I’ve been digging around and while it’s easy to use out of the box, it’s a real nerd’s paradise.

There are a lot of features under the bonnet and everything is super-tweakable, to the point where your settings would represent a significant investment (hence being able to export settings).

What is a little embarrassing is the “Album Artist” slider that shows a count of albums by each artist. I’ve been Front 242 - shamed 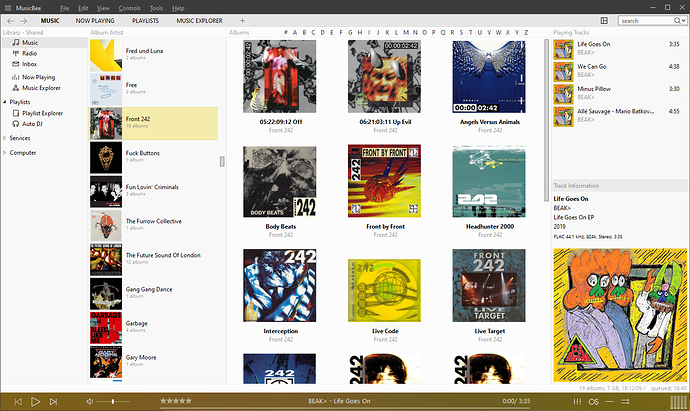 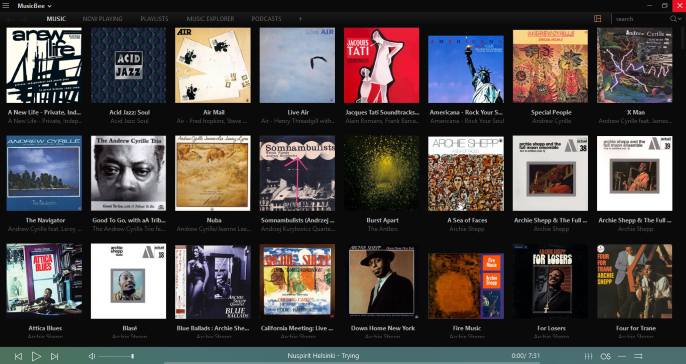 and not enough Fuck Buttons

Indeed, I kind of veered off into Blanck Mass instead.

Although it looks like I’ve got the Future Sound Of London situation covered.

More Gary Moore than is good for you.

I was a huge fan in the early 80s, and that album (as a Japanese import) was like gold dust.

When I found it on CD for thruppence ha’penny it had to be done.

Transferred mine to MusicBee but used the black background as @spacehopper. Seems OK for what I need

This actually took a while to sort out.

Generally I want to see an overview of the album’s encoding.

using some standard fields, and a special field that I’ve defined

this field “GV …” is defined under a custom tag 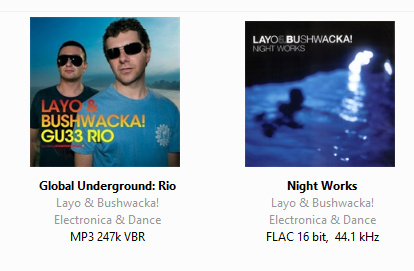 Talking to @josh about using MusicBee for music organisation, I think I’ve found a bug in my setup.

I sent him this, as my “auto organise” settings (there’s a bit more to it than this, but …)

The original intention and operation was that

Recently I’ve noticed that adding from C: is very slow.

A while back I moved the MusicBee backing db to be on the NAS too rather than on my laptop. At that time when I first popped it open MusicBee said “ooh, I can’t find some things - would you like me to reset the pointers to all be under my home directory on the NAS?”

I’ll see how it performs the next time I add something.

Also, over the weekend I created an auto-playlist of everything added since 1st January 2021. There are a couple of false positives in there, but overall I think I’ve found what I’ve been using as lockdown boredom displacement activity