Maverick is convinced Blackbeard is me ,he wants to claim £5 …Any ideas how he is ?

can you be a human sodastream?

No, sodastreams run on carbon dioxide - I only do methane 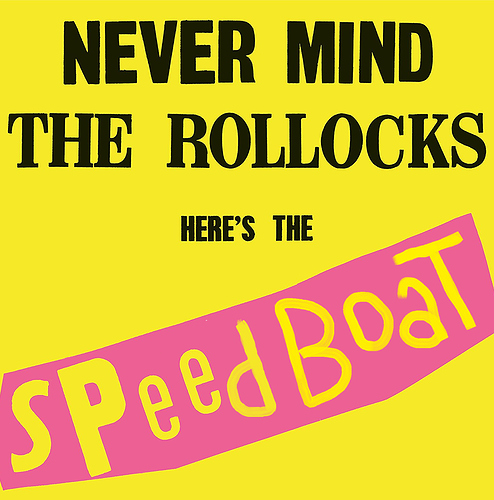 “A typical fart is composed of about 59 percent nitrogen, 21 percent hydrogen, 9 percent carbon dioxide, 7 percent methane and 4 percent oxygen. Only about one percent of a fart contains hydrogen sulfide gas and mercaptans, which contain sulfur, and the sulfur is what makes farts stink.”

it’s not the methane that stinks

You should sell the naming rights to a chandler’s in return for enough marine paint to get it ship-shape (boat-shape ?).

That’s the one, it’s seen better days though.

that boat needs an Astra engine

I’m not sure the superstructure could handle that kind of power.

“Midnight Wire”. I always wanted a boat called that. For some reason.

“Pile of Crap”. I always wanted a boat called that. For some reason.

“Pile of Crap”. Everyone calls my record collection that. For good reason.

Would “Bucket Full of Crap” been better precious ?

Float-no-Moar has a certain ring to it.

Thought you would have liked Midnight Wire. It has a proggish heritage…

But any excuse to bully and bucket shame me.