We currently have a charity that helps ex-homeless/recovering substance addicts etc. getting back on their feet by getting job skills doing some landscape gardening (paid at the going rate). Their radio is a bit the worse for wear so we were thinking of getting them one as a present, and saw this. 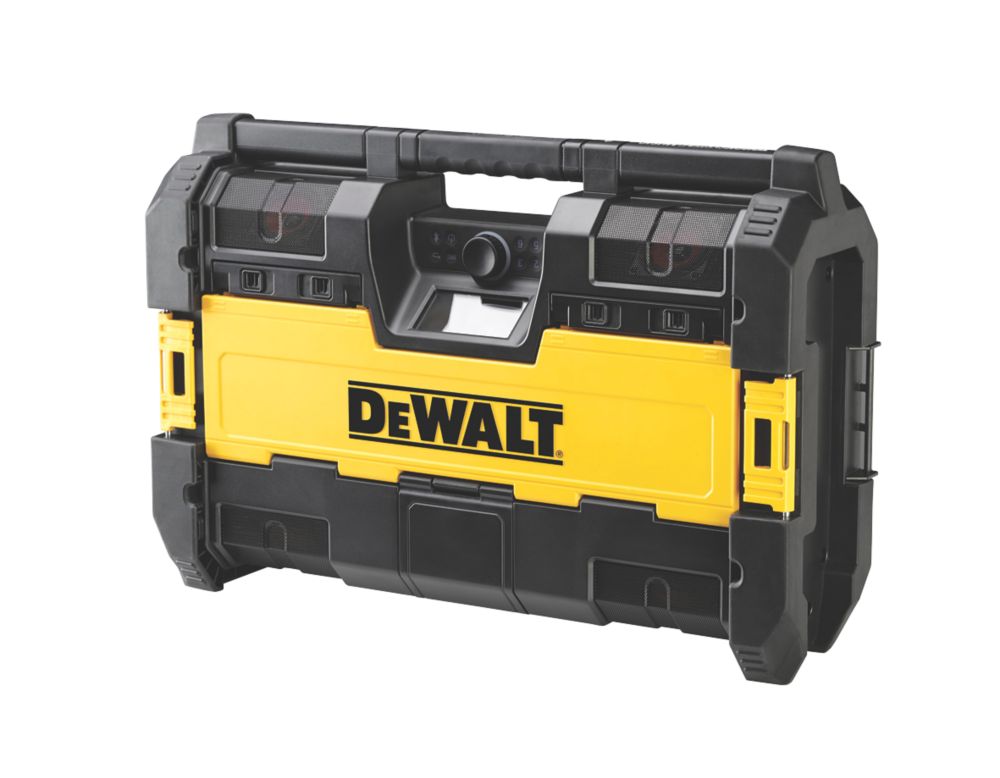 Anybody out there had experience of what survives outdoors on a job site who could tell if that would or if there are other ones to look for?

All of these should be OK

Sorry to be a party pooper, but using radios or headphones to listen to music in a work situation isn’t good - for the same reasons that using even a hands free phone in a car isn’t good - it provides a distraction from the task in hand and therefore increases the risk of an accident.

My landscape gardener had one of those, as did the roofers next door. Looked robust and worked in the rain OK.

Technically, they also need a licence to allow music in a public place. We got caught out by this when a PRS rep popped in and found the receptionist listening to the radio.

Sorry to be a party pooper, but using radios or headphones to listen to music in a work situation isn’t good - for the same reasons that using even a hands free phone in a car isn’t good - it provides a distraction from the task in hand and therefore increases the risk of an accident.

Our Estates people won’t let any external contractor or our own staff have a radio or wear headphones etc when they are working on site, for both safety reasons and the type of site we are.

… using radios or headphones to listen to music in a work situation isn’t good - it provides a distraction from the task in hand and therefore increases the risk of an accident.

True, but the extent to which that matters is determined by how big the risk is in the first place (doubling a very tiny risk is no big deal whereas doubling one that’s already significant is) and what the consequences are (if your gardener is planting two hundred square yards of bulbs by hand then what’s the worst that could happen ?).

A brickie who once worked here used a DeWalt radio and he said it had been very reliable. He played it quite loud and all day though, so he’d croc-clipped it to a car battery instead of relying on the internal ones. Now that might well have gone badly wrong.

what the consequences are (if your gardener is planting two hundred square yards of bulbs by hand then what’s the worst that could happen ?).

Oh I dunno, maybe a fork through a foot, or tripping over on uneven ground? As you say a risk assessment/ method statement would tease out the issues.

There is a corresponding risk in this particular situation that some the newer ones in the team don’t enjoy the work environment and through a chain of events relapse back into heroin addiction or the like, to put it in perspective.

Any of the Makita or DeWalt types should be a good bet. I have an ancient Makita that keeps going.

One thing…the one you linked to is 240v ? Cordless would be a better bet I’d reckon. Potential trip hazard to add to the long list of life threatening instances that could arise.

Also runs off their swappable batteries apparently, but good point.

Apologies Stephen, if you think I pissed on your OP. Andy’s probably correct about that.

…but if you’d seen what I’ve seen, you’d probably be a H&S nazi too…

a) no problem, just a textbook case of new mod syndrome in action by the look of it
b) need the twiglet’s opinion for full H&S killjoying.

Have used both the Makita and dewalt one years ago,both were fine,mainy though iused to just wrap a radio in a carrier bag if working outside,just a old Roberts or similar

Please keep us updated as to how many days your garden’s been death-free.

In some parts of East London that is still a meaningful statistic, but not because of gardening.

Increased risk is OK as long as the hazard is low - Headphones are generally not accepted in workshops as it’s impossible to easily assess if the wearer would be able to react quickly enough in emergency situations. Outdoors in a gardening environment digging and planting a radio even played loudly is unlikely to be a problem - So low risk.

I can understand that if higher risk tasks are going on such as climbing a high ladder or operating percussion tools the risk of an incident occurring due to distraction would have more serious consequences - So medium risk. But still acceptable if the radio is low volume. Car garages often have loud radios blaring out - There is a distraction issue in these cases and also a risk audile clues about a local hazard are missed.

In a construction environment there are many additional hazards - One can see that it’s easier to mitigate risk by a global rule.

Regarding radios - Screwfix have some sexy looking ones.