Having used Max Townsend’s pods to great success in the past I’ve often wondered if I could contain a similar system in the footer for a Garrard plinth. It was remove the need for extra height to accomodate a suspended shelf.

I has some stainless pillars machined up with a recess 20mm deep and 25mm dia that i could use to house a variety of springs, an m6 fitting to the plinth.

Ordered up a variety of springs made from differing gauges of wire and set about experimenting. 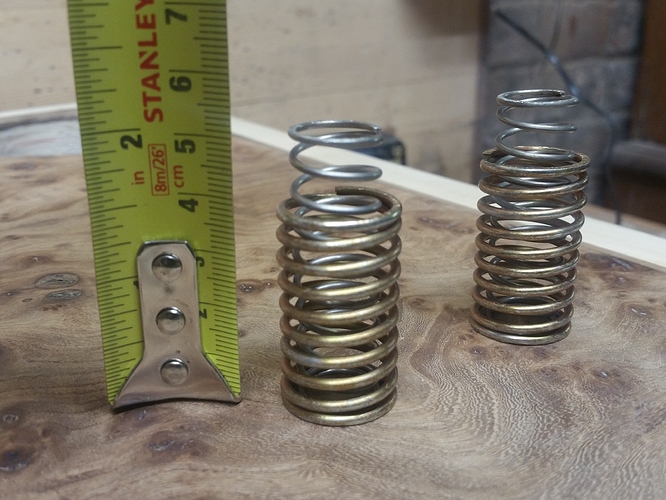 The solutuion was to use two springs coaxially, in each foot. Although the plinth weight distribution is asymetrical, it wasn’t unbalanced sufficiently to prevent the spring working.

Mounted in the foot and loaded by the plinth they look like this. 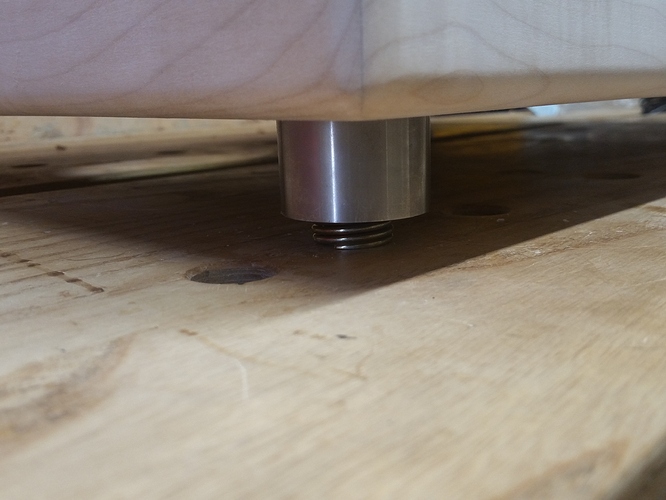 Downloaded a basic 3 axis vibration app to the phone and set about determining the NF of the system, came in at about 3Hz.

Using a calibrated thump to the workbench to simulate the worst effect of footfall, the following is the result. First pic is a measure of the vibration in the bench, the second shows the reduction on the sprung plinth. The vertical axis is the bottom trace. 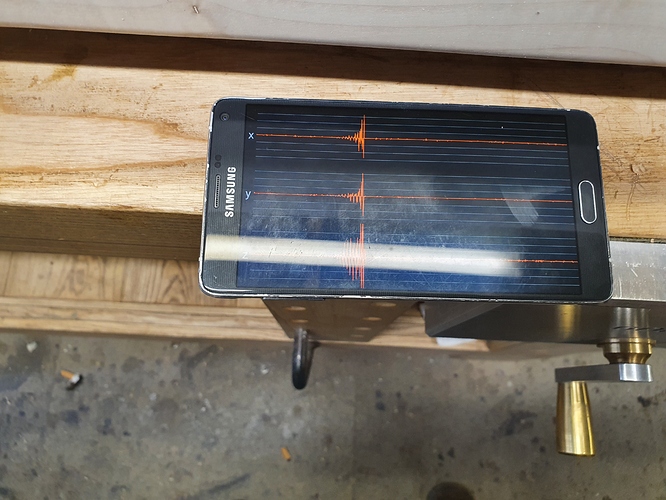 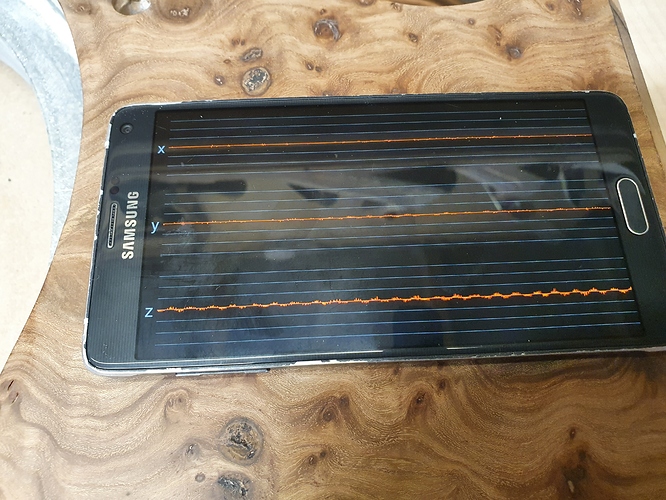 The plinth comes in at about 25Kg and the system is undamped. The 401, arm pod and arm will add about another 10kg. I’ve ordered up some additional springs in a heavier gauge and will try those in the fully loaded syste.

Following that I have a footer cup to design. It will house the springs and cover the base of the fixed footer for about 20mm of its length and have a 3mm gap all round. I’ll machine a groove into the fixed footer to take an open cell foam strip to seal the gap. Some air will pass through, allowing it to act as a damper. The soft foam wont transmit significant energy to bypass the springs. Will see how that works. I’ll make a two peice cup, so I can incorporate a fine height adjuster into it, coarse adjustment can be achieved by shimming the springs.

Another alternative is to place a couple of the townsend pods, light duty ones, under the plinth and allow them to damp the system. If anyone has a couple spare I could borrow (rated anywhere from 1 to 8kg) I could use these to determine how much damping is required.