Oh yes a true cunt, her career is nothing short of toeing the line and ignoring constituents issues. 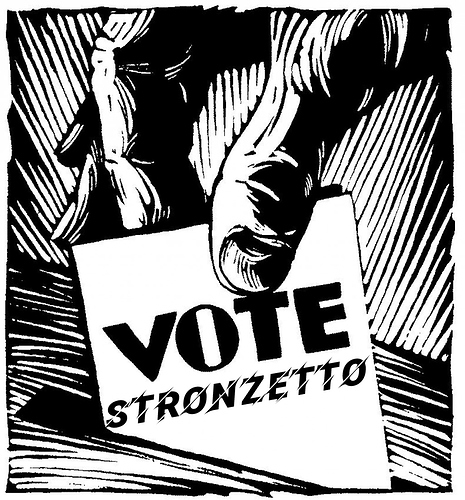 Labour just clung on to one of the Edinburgh seats, so I’m in one that could potentially swing. (ooh!)

But TM is is doing such a fine job of making Nippy-Sweetie look like the superior stateswoman, with some shred of principles. If it were tomorrow, no doubt at all which way it would go.

Brexit divides the Union like nothing else, but that’s invisible from behind the fug of Westminster.

My constituency is Henley so my vote means diddly! It will not, however, prevent me from voting and having my protest vote counted.

Much truth in this wherever you live ^^^^^

I live in a marginal Tory / Lib area (Lab are nothing)
My vote does count, we kicked out the Tory last time by a few hundred points. 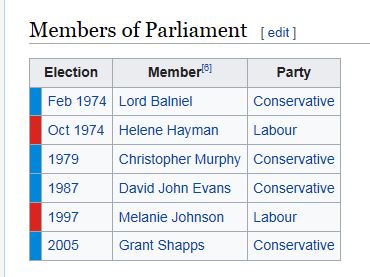 My MP is labour

a small labour majority, the only labour seat in Cheshire, up to the last election there were none, all conservative for the last god knows how many years.

Voted labour and will do again.

My area is solid Cons, but even if was a marginal I’d vote for who I wanted. I have a deep disdain for tactical voting.

Laugh away. At the last election.they were well represented in terms of voter numbers in my constituency.

I live in a marginal Tory / Lib area (Lab are nothing)

Ours is a complicated marginal. It’s been Tory for some time, but the progressives can’t organise things to get the Tories out. Last time there was a clear view from the non-affiliated progressives that the Lib Dems had a great local candidate, but Labour couldn’t bring themselves to field a nobody, so Tory got in with 43% of the vote.

Ours is Labour, but going to the Tories at the next election. The final nail in the coffin would be Corbyn’s views on the deterrent, they don’t go down well in a town that build the launch platform.

Ah well, if Corbyn wins I will immediately open up a Smithy specialising in ploughs.

Liberals only 4 % points behind Labour

Judging by the pole above Meat men are liberals. The contrast between this observation and the mutually shared belief that everyone is a cunt is wonderful. All the best characters I’ve ever met were / are contradictory in some shape or form.

All the best characters I’ve ever met were / are contradictory in some shape or form.

Very tight here, Rudd has some work to do if she wants to hold the seat next time.

I’m Libdem at heart, but I’d struggle to vote for anyone at the moment to fair…

All the best characters I’ve ever met were / are contradictory in some shape or form.