Currently looking at a 600-10k transformer offer… Can anyone help with finding out what ratio and impedances will a MC cartridge with 5 ohm coils see if this SUT goes into 47k phono?

You could reduce the impedance by putting a lower value resistor in parallel with the input winding of the SUT. But you’d still have the same voltage step-up of 1:4.08 . If your MC cartridge delivered, say, 0.3mV you would only have 1.224mV on the secondary, which is a pretty low signal level.

Thanks, it could probably work for Koetsus at 0.5-0.6mV. Obviously it needs fiddling with resistors… I’ll pass until it cost me 10 quid. It’s a vintage Tango line step up transformer, probably made for an input stage of tube amps.

Blimey, you went to a progressive school.
At my school we weren’t allowed to drink in Maths lessons, Art classes were a different matter

If you ‘look into’ this SUT

This post has really helped me but can someone please explain this ‘looking into’ impedance?

What would we like it to be and is it cart dependent? If so how do we work out what we want it to be?

Yes, I keep seeing the coil impedance mentioned only. I thought I’d be able to calculate the other value somehow.

Thanks for the explanation. What I’m trying to understand though is why but maybe I shouldn’t ask that as I likely won’t understand the answer.

So one of the carts has coil impedance of 1.2ohms and states “it can be satisfactorily used for those Step up by the Step up transformer of 3-ohm general input impedance”. I suppose this is what they’re referring to?

No, this clearly doesn’t tell me what I’m after.

I suppose so too. But I agree it’s very annoying when manufacturers tell you the number you don’t need to know (the cart’s own impedance) but don’t tell you the number you do (the impedance you need to provide as a load). I have a customer right now who’s wondering whether we can reduce the brassiness of his cartridge a bit by lowering the impedance that we’re loading it with. I don’t know, and nor does he.

We need to see if we can tempt @coco and @murrayjohnson into this conversation as they know carts.

It’s not helping that I’m trying to get my head around it all without having all the figures. I’m going to look at another cartridge and do the maths on that.

This is great though. I’m understanding that I want to match arm, cart and SUT and now have the tools to, in theory, get close enough without hearing

get close enough without hearing

Had to look that up lol. I know of the program.

Still far and away the best guide to how the UK government actually works. Here’s how banking works

Someone had just sent me the following clip yesterday, so it’s strange you brought it up also. 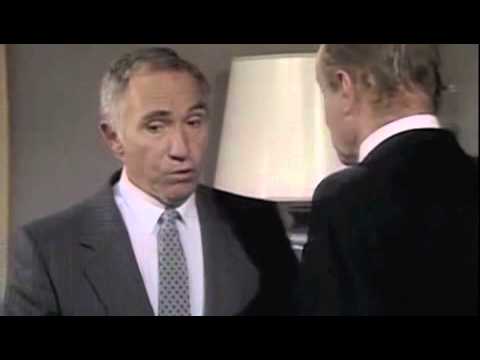