The Queen's death and Monarchy

When he was a teenager his headmaster said ‘He doesn’t see why the rules should apply to him’, perhaps indicating that he hadn’t matured to the extent even that most teenagers manage. He still doesn’t think the rules apply to him. Because he still hasn’t reached even a teenager’s level of maturity.

Or his life experience has taught him that the consequences of ignoring the rules has on balance given him more than if he had followed them?

Or he believes that it has. That’s the trouble with real life. We so rarely get to try both options so we can find out objectively whether taking the other path would have got us what we want more easily/quickly/enduringly etc.

Laura Kuenssberg once said “All he really wants is for everyone to love him”. Sadly for him his behaviour is why some people do love him but so very many don’t.

Laura Kuenssberg once said “All he really wants is for everyone to love him”. Sadly for him his behaviour is why some people do love him but so very many don’t.

Doesn’t help being a narcissistic sociopath (and a cunt)

Justin Welby: “Those who serve will be loved and remembered longer than those who cling to power and privilege are long forgotten”

Did he look at Johnson when he said that?

As did May and Cameron, they all buggered that up tbf.

I though Welby’s speech/reading was very good.

But they took it in good grace. He sulked like a ticked off teenager. 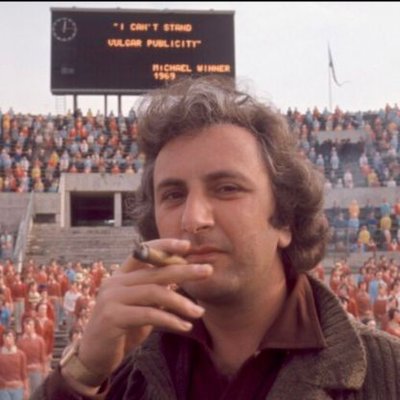 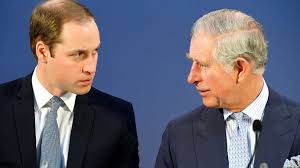 Where do I start with the irony in that statement!

Sam wanted to toast the old girl yesterday, and apparently QEII’s fave cocktail was 1 part gin, 2 parts Dubonnet, ice’n’slice (her mum apparently reversed the proportions!), so we got the makings and banged a few back - through gritted-teeth in my case…

Now I understand quite what tough old birds they were - the hangover started before I’d finished the second glass and my head’s still not right; my mouth tastes like it was used as a festival-toilet overnight. The fucking stuff tasted like the sort of Nasty Medicine 1930s GPs thought did you good.

We Were Never Worthy

my head’s still not right

Dubonnet, I wondered who drank that fucking awful stuff. I thought it died a death along with Matheus Rose!

I suspect they buried the last bottle with 'er Maj 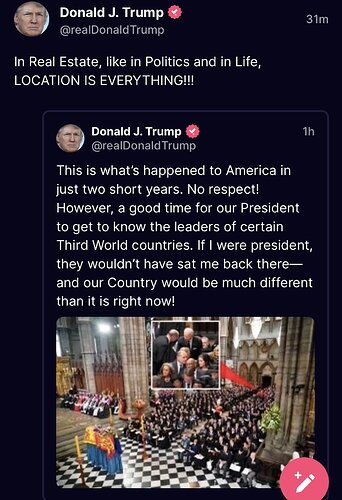 Depends on the type of church service where he would be, the toddler toys are either at the front at the side for an all age service or at the back for the first bit when there is a creche during the sermon.

Right wing US media is perpetually full of laughable minutiae like this - morons will rage along with ol’ tadpole-hands, the rest of us admire a man of Biden’s stature for not making it all about himself.

the rest of us admire a man of Biden’s stature for not making it all about himself.

Arrived late and was told he would have to wait for the VC & GC people to be seated first. No sulking and waited quietly to be seated.

Trump would have barged past them all, knocking the guy out of the wheelchair and then taken the piss 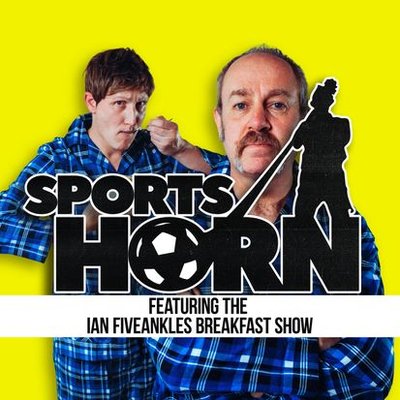 @Exploding_Heads
📞"Why has everyone stopped mourning The Queen? 10 days? 10 measly days?! That's just fairweather. These so-called monarchists are worse than Man United fans.😡" Colin from Portsmouth has started another queue and urges the nation to join him. https://t.co/XGIefJG7qw
4 Likes
MrKettle 20 September 2022 16:39 #445

Trump would have barged past them all, knocking the guy out of the wheelchair and then taken the piss

And then the Deans of the cathedral would have had full scriptural authority to yeet him back out into the foyer.