Before the fire, I shared my tale of woe and general stupidity in pranging the stylus clean off my cartridge - well I’ve finally gotten round to talking to the insurance company about it, and they appear as if they will likely just settle the amount for a new one.

In the event that they leave me with the broken Cadenza, any idea what value this might have if I were to sell it?

Trade in value is £490 so you may be able to sell it for half that.

I also have a certain interest in this question, although still going through the motions with the insurance co…

Result. Chuffed for you. How much do you want for the body? PM me, might be interested if I can find a cost effective fix. There are a number of options.

Might be able to do a part ex. on a number of LP’s I have duplicates / unwanted of.

My insurance company has referred my to three different companies so far and I’ve eventually ended up with a repair company who have asked me to pack the cart up and send it off to…Henley Designs. I must have spoken to about 8 people several times over, no wonder the cost of claims is unsustainable.

Anyway I’m guessing Henley will just say it’s a straight replace as new rather than a repair , but we’ll see.

In the meantime I’ve ordered a Hana SL - interested to see if it’s as good as the reviewers say.

I thought my insurance would go the same way and make me send the broken cart off and get an exchange, but after 2 days they came back and said no problem here’s the full value less your excess

That’s quite a result, especially as you can flog the body too.

I’ve just set the Hana up - even though it’s not run in yet it’s really bloody good, in fact so good I might keep it and sell the Cadenza.

Every cloud has a silver lining I guess.

The Hana is a lovely thing for the price.

Is a very low hours, but broken suspension/cantilever AT-OC9ML worth anything?

You need to ask?

People buy all kinds of shite, if I got £50 I’d be over the moon. I seem to remember some crazy Russian guy wanting dead AT moving coils to make into something esoteric air thngy?

What’s the best price you found the Hana SL for ?

£548, couldn’t find any discounts but didn’t look that hard tbh - the price has gone up over £100 since launch I presume because of popularity rather than exchange rates.

Is a very low hours, but broken suspension/cantilever AT-OC9ML worth anything?

I wouldn’t spend my own money on one with a cantilever.

The Yen was 180 & has been down to 130/£ since the Brexit vote. Currently 140, that’s still a substantial change. Not surprised by the price rise tbh.

Still a bargain I reckon.

I have the cheaper EL which i really like. 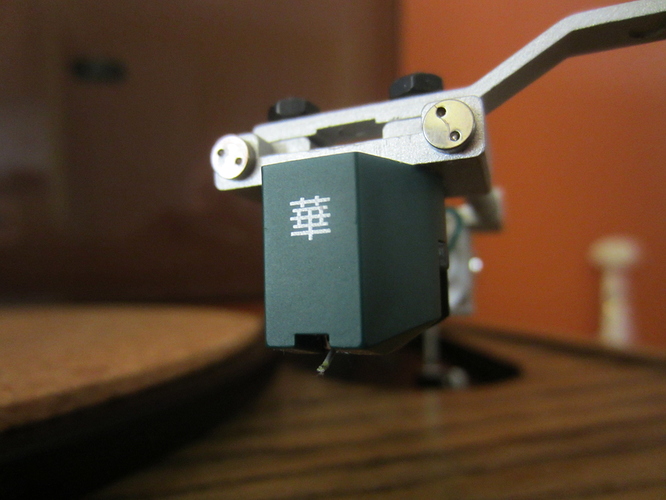