Did a bit of re-arranging in my room today.

The general consensus is that the 16A should be lifted off the floor and it’s something I’ve wanted to try for a while.

Obvious answer is to lay the Lab subs on the floor and put the horn on top. My friend Chris stupidly volunteered to give me a hand and we spent the next three hours wrestling with 200kg of pig iron. After a futile attempt to lift it we decided dismantling it was probably s less stupid option than a hernia. Re-mantling it was almost as little fun as trying to lift it, but we got there in the end.

Anyway, got it fired up and guess what, it sounded shit so we gave up and went for a burger.

Once we’d returned and I’d got over the urge to order a skip, we did an amp swap and some crossover tinkering and it now sounds rather quite promising.

Once I get my mic. pre back from Adam I’ll have a go at dialling it in properly.

Hang it from the rafters

Get another 4 for surround sound duties.

Hang it from the rafters

It’d probably pull them down.

I need to hear this

The curtains probably need ironing, it will all click into place once the pleats are nice and sharp.

Burger two nights on the trot?

You have built Orac and incorporated it into your set up, nice move 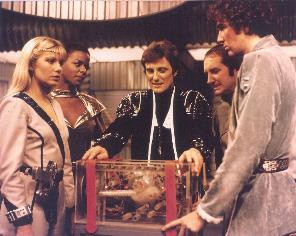 Which amp sounded bad and what did you change it to?

Adam’s 2A3 amp, which I had on the horn. I’ve never really liked it. Changed it for the 6EM7 with nickel outputs.

Fuck me! A few tweaks to the crossover, removed the damping and this is now pure magic on most things.

Well worth the effort.

Still with the 6EM7?

Yup. No x-over at all on the 16A. It’s not as bad as it sounds as the limited inductance off the OPTs means the so rolls of bellow 100Hz, so there’s no real risk of driver damage.

If I were a gif maker I would have Debbie Mcgee pop out from behind the curtain.

Make it Scarlett Johansson and all is good.