The Subdudes are an American roots rock group from New Orleans. Their music blends folk, swamp pop, New Orleans rhythm and blues, Louisiana blues, country, Cajun/zydeco, funk, soul and gospel with harmonic vocals.
This album was produced by Keb Mo. They have had a few changes in their lineup, and have altered their style, a bit, for other albums, but this is very representative of the band. 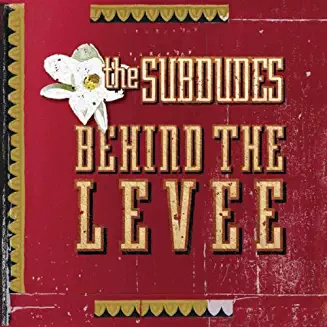 Well I’ve at least saved it in Spotify. I’ll try to remember to download it tonight.

Don’t have a useable system right now - will try it out when I can.

Will give it a spin later Mr. cando.

Sadly I didn’t hear enough of these genres in this to make me try it again. It is all a bit samey. A little like the Eagles in parts but mostly rather safe country/rock.

I like the music of Louisiana; the Cajun, Zydeco and their R&B but this doesn’t represent the best of it imho.

Thanks Guy. You are right, I think; bit soft, but I guess I was playing it safe.

I simply forgot to listen to it Gregg. I’ll give it a bash tonight. Sorry.

I listened to it on Tuesday morning whilst in t’brewery.
Where do I start ?
The first track was OK. It reminded me of a poor man’s Ry Cooder. The second track was OKish. The third not so good. It was pretty much downhill from there.
Not bad per se but all a bit samey and, well, meh!

I’m fairly sure I achieved that on the old AA with some Oumou Sangare. Genuinely no reply from any listener for weeks (I deliberately didn’t bump it) though I can’t remember if it first got a comment from someone saying they looked forward to listening. I was a bit miffed when someone did listen and dig it out for a reply many weeks later.

Maybe I’ll start a club and hand out ties to members so look on the bright side… You could be getting a tie.

I had brief sample of this when I saw the thread and did think at first it might be dreadful (the name, the album cover, the first track…), but the second track was better and the quality is too decent.

It’s very professional, sounds like something session men would do. The vocals don’t convince. The songwriting isn’t great.

Track 8 is probably the best. Bit funkier. But it still remains entirely appropriate and suitable for an OAP home and that would be my major issue with the album.

OK this is not really for me. I have found it very hard to listen to as it is a little lifeless and fails to keep my attention. It is sort of country rock mogodon as I started to drift off after about track 3.

sounds really interesting and is in principal the kind of thing I would choose to listen to. I was really surprised how little an impression it made on me. 2.5/5 for being inoffensive but is unlikely to be replayed here.

Listening to this now and the first word that comes into my head is bland. The singer totally reminds me of someone else but I can’t currently put my finger on it.

Was expecting better from you Greg.

I quite enjoyed this. There weren’t really any memorable tracks but then there wern’t any really bad ones either. 3.5/5