It’s time for some more proper culture on the AAAC. But what to pick?

I could have gone for C20th avantgarde opera or some full on eastern European misery, but no, we will have some tunefulness (but still from the last 100 years) with a violin concerto or 3.

All of the composers here are actually more famous for other music.
Korngold invented film music as a style (eg the Errol Flynn Robin Hood score). Protip: this doesn’t sound like film music, film music sounds like this.
Barber: most famous for the Adagio for Strings, a slow intense piece which two different people thought needed a pointless dance beat.
Walton: according to Rick (sometime of this parish) who wrote “that bit when Darth Vader flew over”…

There is also a bit of a geographical chain. Korngold (German) invented the American film music style, Barber (American) is sounding very English in the first movement and Walton (English) is being clearly inspired by his adopted Italian home. Unfortunately, Rossini never wrote a concerto for violin, pork and lederhosen so that circle remains unsquared. 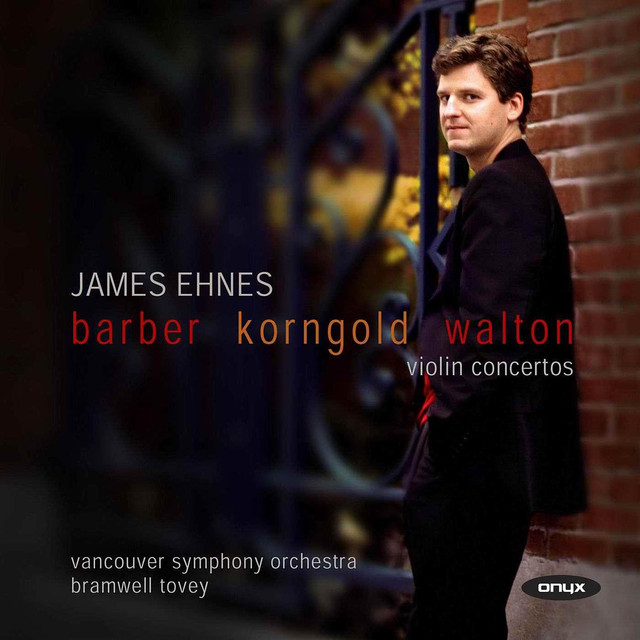 Really enjoying this so far, particularly the slower movements.

This is on my list of things to listen to tonight. I know nothing about this at all so am looking forward to learning about some new (at least to me) music.

I also will indulge, though probably at the weekend.

This is great, three pieces I’ve never heard before. They’re definitely in the romantic style, although perhaps the Walton has wider influences including a bit of jazz. Reading the story behind the Barber was cool as well. All very interesting, good stuff, fantastic playing by Ehnes and a rich, lush yet very dynamic recording. Marvellous!

Giving this a second listen now. It sort of drifted past me first time around.

EDIT: Really like some of this, particularly the last couple of pieces by Walton. The Korngold pieces really don’t do that much for me. They remind me in places of the soundtracks to epic 1950’s moves with Maureen O’Hara as the love interest. I wasn’t at all aware of either Korngold or Walton so this was an interesting opportunity to learn something.

Barber, on the other hand, I have been aware of since Adagio for Strings became ubiquitous around 1999-2002. Even The Cure used it as their prelude on the Bloodflowers tour. It is a piece I really quiet enjoy despite being over familiar with it. The Barber material on this LP is very interesting in places, but didn’t really hook me in.

Really good choice for AAAC and for an ignoramus like me who knows nothing of this artist, let alone the composers or the genre in general.

No, you have selectively quoted me. I described a particular type of 1950s movie and tbh actively dislike that kind of thing. The relevant pieces are better than that, but are not really that much chop, being too over the top saccharine/florid for my tastes. The LP improves from about track 4 onward.

I don’t feel qualified to comment on it. It sounded very pleasant but after a while my mind just drifted.