A compilation album up this week. I have been playing it regularly since being recommended it by LoveSavesTheDay of this parish sometime around Christmas. Angola’s history of Portuguese rule has certainly influenced it’s music if this record is anything to go by. There is very much a Latin/Brazilian influence here. It is very obviously African music but doesn’t quite sound like anything else I have heard. There doesn’t seem to be a trad drum kit on any of these tracks and most of the grooves are made up of interlocking percussion, guitar, bass and drum parts. In fact, there is little on these songs that doesn’t contribute to the rhythm in some way. A lot of it is joyously melodic too.

As far as I know, it took a couple of years for Analogue Africa to put this and the first one of these together from original master tapes. Tracking down rare records and eventually getting to the masters must have taken a huge amount of detective work and is a real labour of love. On top of that, it sounds fantastic, they have done a brilliant job.

As mentioned above, I have been playing this probably every other day for well over a month and haven’t got bored of it yet. One of those records that has really grabbed me. It lifts my mood whenever I put It on and there has been (much to the consternation of my kids) Dad dancing!

It probably won’t get you stroking your beard but hopefully will get you tapping your feet. 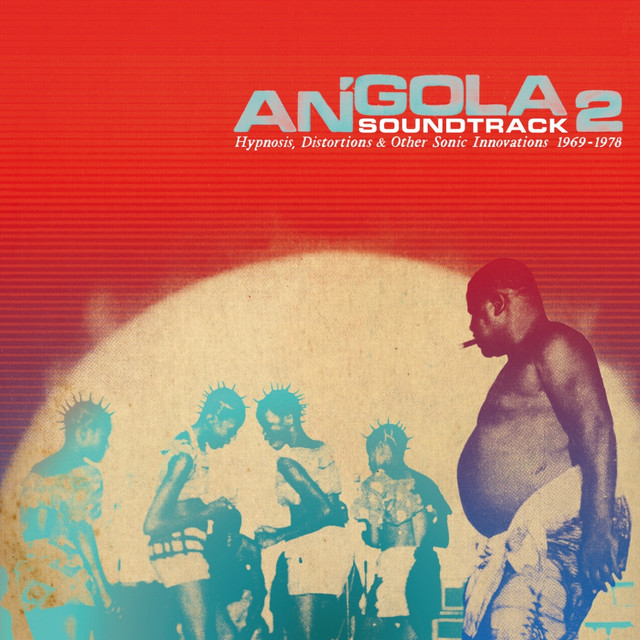 Can someone stick a Tidal linky in? I’m crap and can’t make it happen!

Lovely - just ordered a copy. What more can I say?

Lovely - just ordered a copy. What more can I say?

I am now very concerned

I fully expect you to hate it.

I fully expect you to hate it.

Hadn’t even heard of, let alone heard this.

Very much enjoyed and bought also

Nice!
I have a definite soft spot for bouncy African music. It grooves, it’s happy, and there’s lots of interesting polyrhythms for me to attempt to copy!

Good shout Richie and I don’t have this one,

I was introduced to analog Africa when I bought AFRO BEAT AIRWAYS, again a really solid collection…

It even came with a poster that I mounted 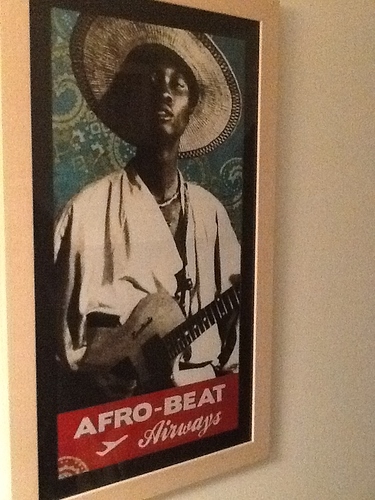 I have tried both volumes of Afrobeat Airways some time ago John but can’t remember them really. Will have another go this week.

I guess I can’t get away with calling this variable. Though, the Angolan scene was a surprisingly coherent sound. Never knew of its existence before. Definitely has that Latin American feel. In fact, I’d have guessed at somewhere like Mexico for much of this.

The opener is terrific and the second track (Quim Manuel!) might even be better. Love the guitars on both. Mabele is another corker. They’d be my favourites. Plus a nod to tracks 7 and 13.

The rest is great fun. Clearly they weren’t big on ballads.

Quite enjoyed this. It is vastly different to the African music that I was aware of, so I learned about something totally new. I particularly like the very simple close-miked guitars on the LP which combined with the live-room feel of the recordings leaves a really nice sense of space in the music, which is not so much the case with the denser music from South Africa that I am more familiar with.

I bought the LP which indicates that I really liked the compilation. I also bought this, which is quite bonkers in comparison:

I suspect I will hoover up much of the Analog Africa catalogue over the near future as it all merits repeated listen IMHO. As a consequence: Fuck you @Wayward, I’m going broke and it is partly your fault you bastard!

In summary 4/10 as marks were deducted due to the damage done to my wallet.

Yes, this is delicious stuff. The plain fact is there is a whole lifetime’s worth of albums and sub-culture just as good as this that we’ll probably never do more than scratch the surface of, particularly from Angola, Nigeria and Mali.

Grab you this time ?? i would love to find all of the uppers international records…Both tracks are worth the record…
Likewise ebo taylor

Yes, they are great comps, I have been listening to them on and off all week. The Ebo Taylor tracks are standouts but there isn’t a bad track on them. James Brown and Fela cast long shadows!

Interestingly I was listening to Fela earlier and it struck me that although those records have some great music imv Fela stands head and shoulders above them. Somehow his music has more poise, he really was magic. I shall be getting them though, when I have a bit of money!

Analog Africa is a great label as far as I can see, every record is a gem. Have been really enjoying ‘Siria’ this week which is African influenced music from the north of Brazil. Instant fiesta!

Wow. Nothing here for me.
It’s interesting in the respect that so many artists follow the exact some formula…cod reggae or pseudo-latino rhythms overlaid by thin, jangly guitars. The only variation come when vocals are thrown in.

A truly dull hour of mulch.

Only you could find this music dull