Before Shearwater turned toward a more produced, mainstream rock sound (from Animal Joy onwards), Jonathan Meiburg and co. were making music centered around Meiburg’s love of ornithology and nature in general that is by turn, both delicate and powerful. 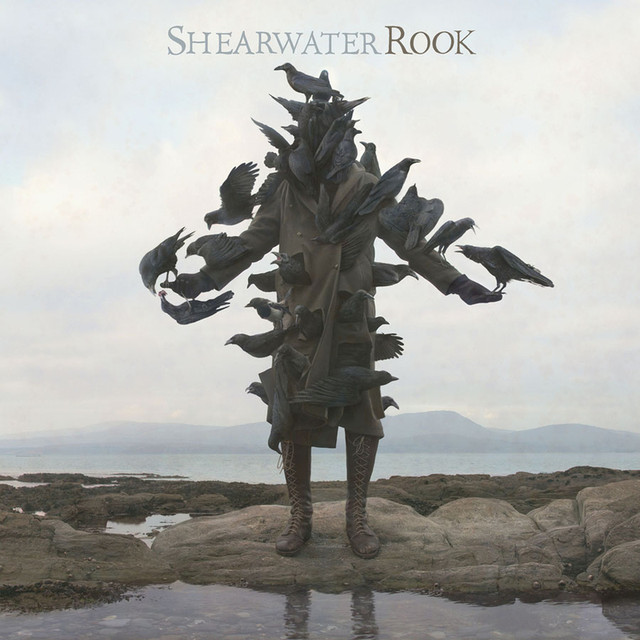 Rook, an album by Shearwater on Spotify

This is my favourite of theirs that I have heard

Style ?
Should I be worried ?
Will it cause;
a) vomiting, or
b) expenditure ?

More likely to be a) in this case, if I had to put money on it.

So much vomiting that clearing it up could be expensive

Never heard of them so am looking forward to something new.

Like this and yes probably their best LP for me.

Funny one this as it is something I should really like but can’t get into for some reason as yet. The music is clearly beautifully crafted, cleverly written and excellently recorded. There are sufficient obvious overlaps with bands I really like (Talk Talk, Low, Bon Iver, Shelleyan Orphan and even aspects of Sigur Ros) but there is something missing at present for me.

I’ve seen this described as part of the Baroque Indie scene (particularly with the Bon Iver thing but there are reminders of Soulsavers in the music too) but it really appears to be more a folk/prog thing with a healthy dose of ornithology thrown into the mix. It is very interesting so I am going to listen to the rest of their back catalogue. More intriguing is the fact that Shearwater appears to be a side project for another outfit I know nothing about called Okkervil River who I also intend to listen to.

So, currently a 3/5 for the LP itself which I think is OK, but a bonus point for putting me on to not one, but two potentially interesting bands. Usually a 4/5 reflects the fact I buy the LP which I haven’t done yet, but this may well end up being expensive as both Shearwater and Okkervil River appear to have extensive back catalogues.

(EDITED to add a Fuck You! to @browellm as the Okkervil River stuff appears to be magnificent and will need purchasing

. There is loads of it too, obviously

Yeah, Okkervil River is good, with a heavier sound.

Wasn’t sold on first listen, grew on me after a few more.

It’s a bit dry and serious, especially when it’s just the piano accompaniment, and I’d really struggle to love those vocals, but there’s some nice melodies to enjoy. Track 9, for example, really nice melody.

Not convinced by this. It’s not vomit-worthy but I’m not going out to buy it either.
I hated the guy’s voice, but it was instrumentally quite interesting in parts. Just not enough parts.

And, for the record Folk/Prog it is not.

And, for the record Folk/Prog it is not.

Will do. But I will hold you personally responsible if it causes wallet pain

Much better on second listen. A bit pompous and overblown but some really good songs to enjoy. 3.5/5