Aaaargh… my original choice (Steeleye Span’s Storm Force Ten) is unavailable in any on-line source, so on to the more modern backup. Be thankful, folk-o-phobes…

Rebekka Karijord is a Norwegian musician now based in Sweden. She has composed music for film and theatre and released 6 albums, of which this is the fourth and, IMHO, the best. It’s been well received at bake-offs so I’ll throw it to the sharks of AAAC.

Dramatic presentations and a good recording give it initial impact and it’s still good with repeated listenings. “Multicoloured hummingbird” is the lightest track, a lovely bouncy song, and “Use my body while it’s still young” the most memorable. Often introspective and darker, the other tracks have tunes and arrangements well fitted to the words, with a beauty that, for me, makes the whole album stand out. Have a listen and say what you think.

Her most recent album, Mother Tongue, recorded after the birth of her daughter, is also worth checking out. 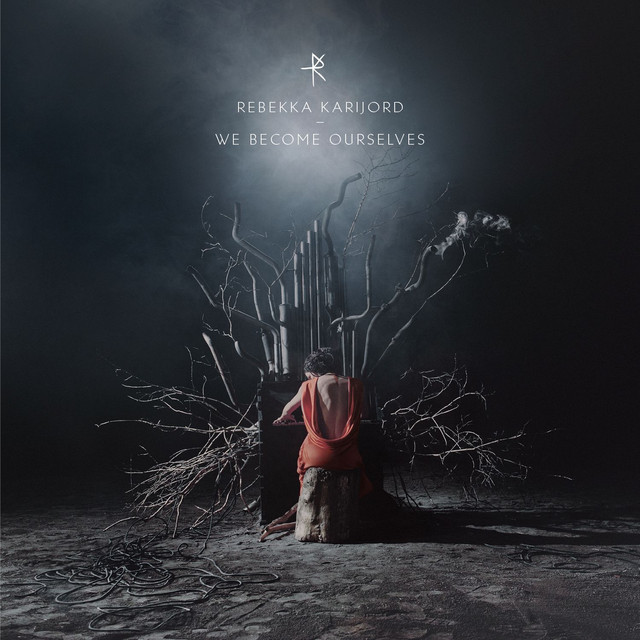 We Become Ourselves (Deluxe Edition)

We Become Ourselves (Deluxe Edition), an album by Rebekka Karijord on Spotify

OK so I didn’t mind this at all. I don’t think my listening was helped by the fact that TIDAL have 20+ tracks associated with the LP. I lost interest after the first dozen. Having said this, I really liked the first few songs. The vocals are beautifully performed and superbly recorded. The arrangement and/or production is very good and suits my tastes in that there is plenty of space in the music. The decision to allow the percussion a fairly dominant role was a good one, and when coupled with fairly simply hammond organ/keyboard melodies makes for a very interesting LP.

Will I buy it? No. Will I listen to it again? Probably.

3.5/5 and one of the better recent nominations.

The complete lack of flutes, whistles and bagpipes was a mercy to us all.

Well, it’s not offensive. I did struggle though. I guess it is very mood dependent. You know, that mood when you want to stick pins in your eyes after a long day beating the crap out of your staff…
.
.
.
.
.
.
.
…or summat

Liked it but just a bit long for me. After 7 or 8 tracks it became a bit repetitive.

Pare it down to 8 tracks and it would make a good Album. Would listen again but wont buy.

Thought this would be right up my street but I found it hard going. Not unpleasant but just not enough musically or lyrically to keep my attention and it really seemed to drag.

Well, it’s not offensive. I did struggle though. I guess it is very mood dependent. You know, that mood when you want to stick pins in your eyes after a long day beating the crap out of your staff…

Have you ever been in a good mood?

Have you ever been in a good mood?

I reckon you could probably judge this one by its cover.

It’s very serious and dark and dramatic and deep.

All a bit much for me, though I can appreciate the quality.

I think she needs to loosen up and have a jazz phase. Get a fretless bass player. That sort of thing.

On first listen I found it a bit meh but it improved considerably on second playing. It was generally well recorded but I found some of the vocals a bit soft and lightweight. I wouldn’t be surprised if I bought this at some point. 3.5/5

Your Love did have me touching myself slightly though. I don’t know why.

The lack of flutes and bagpipes did it for you then?

I often find myself stimulated by their absence.

You can choose the standard version of the album on Tidal, which is much shorter and doesn’t have any repetition.

I agree with everyone else - it’s got some great stuff, but it all sounds the same, and has the same mood. It reminds me of an album by Susanna Wallumrød, which I’ve just put on, which has lots of achingly beautiful songs. All of which sound too similar.

But I’ll try it again to make sure

Well, Agnes is as samey in her own way.

I dont get all the criticisms of Rebekka being very samey. I don’t think she’s any more so than any other artist… That’s just her sound.

Enjoyed the couple of tracks I heard when you brought it to Lopwell, and I thought the rest of it was strong too. Unlike some of the others, I didn’t find it samey. Genuinely confused by the Agnes Obel comparisons.

‘The Noble Art of Letting Go’ is my favourite from her recordings, but this is good too.