Bolts put me on to this when it first came out as a cd only release. I emailed the label asking for a vinyl release as i guess others did. 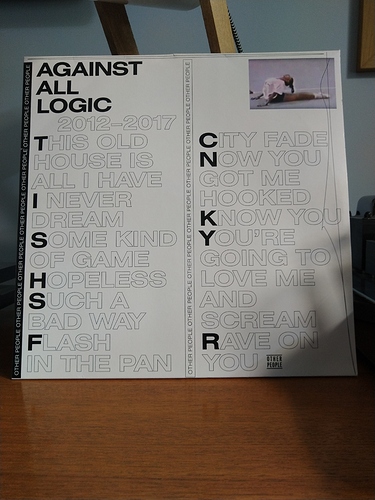 Jaar snuck his latest album 2012 - 2017 out under his A.A.L (Against All Logic)moniker last week, and it is interesting in part because it is the first Jaar release in some time in which many sounds sit in familiar places and arrive at familiar times. Kicks, snares, and hi-hats assemble in predictable motifs. Samples—largely sourced from funk and soul—sing loudly, and plainly. Pianos gallop, because that is what pianos do at 128 beats per minute. There’s plenty to unpack here, as there is with all of Jaar’s work, but if you wanted to simplify things you could call 2012 - 2017 his house album, in that Jaar imposes upon himself the conventions and requirements of traditional house music.

This is something Jaar seemingly confesses with the title of the loping first track: “This Old House Is All I Have.” That opening sets the table for what is, by some margin, the sunniest and most ebullient song in Jaar’s discography: “I Never Dream.” These are thrilling, racing tracks, but they’re also familiar, both functionally—every hi-hat in its right place—and emotionally, with the kind of crests and ecstasies you might find on 1990s labels like Nu Groove and Cajual. This familiarity is welcome, both allowing Jaar to more directly engage with styles he’s referenced in the past, and to allow us, as listeners, to hear how his talents and idiosyncrasies shake out in this context.
From Pitchfork

Nice shout. I look forward to trying this. 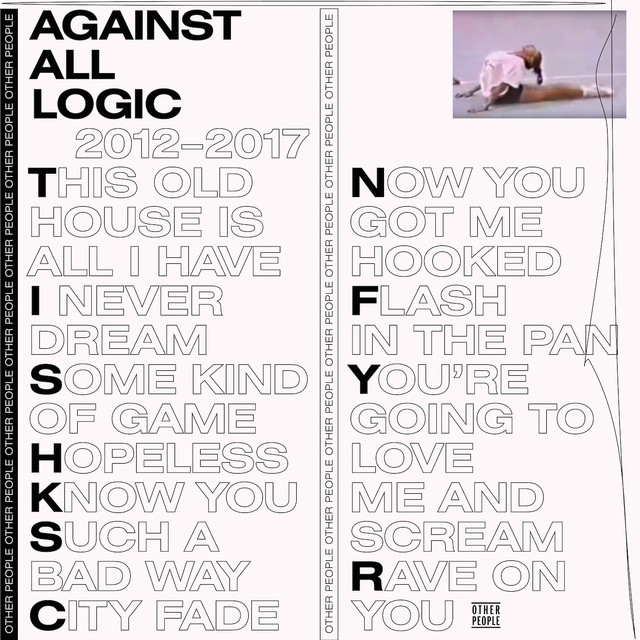 I’ll be buying this

Looking. Forward. To. This

I listened to a TIDAL stream of this LP. I’m not sure that this is for me. It is not that I don’t like electronic music but rather that this just does not grab me. The use of distorted and flanged samples of both vocals and instruments is interesting but ultimately the LP just does not work for me. The tempo is part of the problem as the music is not really downtempo enough to stand on its own for listening yet not hard or fast enough to cut it as music to dance to. Ultimately, it just didn’t catch my interest. I know nothing of Nicholas Jaar’s work or his reason’s for releasing this under the Against All Logic name. I can’t say I’m inspired to find out more about him.

The bass drum sound used all over this LP sounds like it has been sampled from the kind of cheap subwoofers you might expect to find in a hotted up but knackered Subaru Impreza driven by a spotty kid in a baseball cap- very, very annoying.

This is a bizarre one for me. I was expecting to hate it. With. A. Passion.
The first few tracks made me think that this would make a decent soundtrack to a TV series on, I don’t know, Wife Swapping in Wapping, or summat.
As the album went on, and it did go on, the drum machine became really annoying. Also, the pace confused me. It wasn’t “dancey” and it wasn’t “dreamy”. In fact I’m not sure what it is.
Ultimately, it’s shit !

Yup, this is much more like it. Especially great to work to, just the right level of tempo etc.