This is really a “concept album” in that there’s a clear narrative that runs through the whole album. Other than that, it’s not really a typical concept album at all. It took me about 2-3 listens before I really got it, so it’s definitely worth persevering with.

There isn’t a YouTube link to the full album, but there’s a stream here that seems to contain everything: 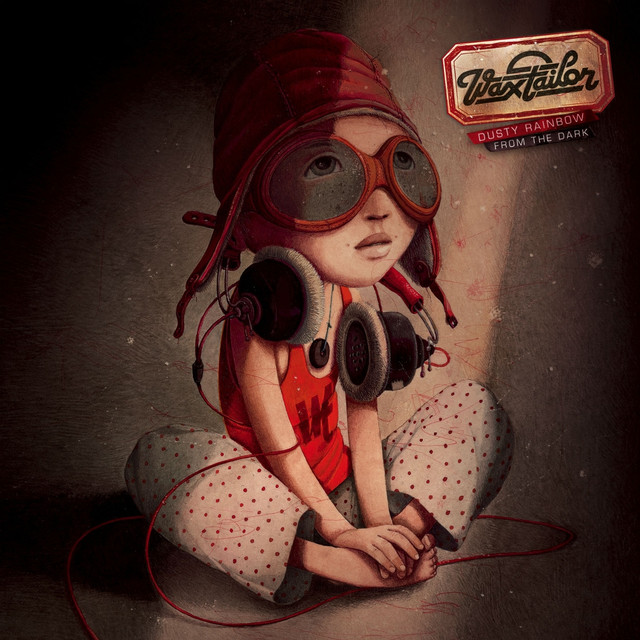 Dusty Rainbow from the Dark

Dusty Rainbow from the Dark, an album by Wax Tailor on Spotify

Anyone here? I think some sort of lead balloon award might be in order for this choice (though I did once get zero replies).

Tried a listen, didn’t make it far. Don’t think this is going to be for me.

I’ve listened through once and it’s not too bad but I have a feeling that listening to it three times will cure me of ever wanting to listen to it again!

Made it through 7 tracks, then had to bin it. Really hated it. A lot.

It was like the soundtrack to a film I definitely wouldn’t watch. Something with Ben Stiller in it, perhaps.

After two listens, I quite like it - apart from the voice-over about “the Boy” which is just daft, reminded me of War of the Worlds.

I do like most of the tracks with the solo female vocals.

There’s an instrumental version on spotify without the silly voice-over, but there’s non of the female vocals either.

Not sure whether I’d buy it, but I’ll deffo give it another listen.

It was like the soundtrack to a film I definitely wouldn’t watch. Something with Ben Stiller in it, perhaps.

I’m still hungover from yesterday, will listen tonight while luxuriating in my scratcher.

I am listening to the instrumental version on TIDAL. I really can’t see how it could be improved by vocals so I shan’t go to chase it down on Spotify as what I heard is definitely not for me. It is miles away from anything I would usually listen to. Most of the (very little) rap I own is far more abrasive musically. There is nothing here to catch my interest.

So I will give it 3/5 for three reasons. One mark for the music, one mark to TIDAL for not putting on the full version, and one bonus mark for annoying @browellm and more than likely @OzzyOzzyOzzyOiOiOi.

The short version:
Somewhere between Meh and not really for me.

Have given it a go but it didn’t float my boat much. Has been quite nice and quiet since it finished! Mind you, I have one of those never ending colds at the moment, so everything is getting on me tits!

Not my kind of thing at all - though I’m sure I’ll have the same response when I choose next weeks AAAC.

I’d probably score the music about one out of five.

Certainly one of the oddest Album Club choices I can recall. So I’d give an extra point for oddness.

More for trendy French teenagers I’m guessing. Not so much for middle-aged blokes.

So, here we have an album which seemingly tries to tell the st…Oh Fuckit !!!

I think this might surpass Guilt Machine in that I would find it very hard to believe that anyone actually listened to this all the way through. I know we have a claim of doing so, but I have my doubts…

I think this might surpass Guilt Machine in that I would find it very hard to believe that anyone actually listened to this all the way through. I know we have a claim of doing so, but I have my doubts…

I disagree. Guilt Machine was execrable. This was merely dull.

You are onto something with the not listening to it thing though.

Yes, Guilt Machine was next level.

Yes, Guilt Machine was next level.