I was going to go challenging (Colonel Claypool’s “Big Eye in the Sky”), or possibly hardcore/metal (Suicidal’s “World Gone Mad”), or indie-poppy (Monochrome Set “Singles”).
However, I’ve gone for a bit of funky big beat from Manchester’s finest, featuring all sorts of guests Like Greg Dulli from the Afghan Wigs, Bootsy Collins and Jamie Liddel.
And it’s both funky, and melodic - like a dance meets northern soul meets The Funk. It’s not quite as out-there as their debut (“How toi operate with a blown mind”) - but then that’s not surprising as it’s only half the original band.But it’s definitely funkier. And that’s what counts. 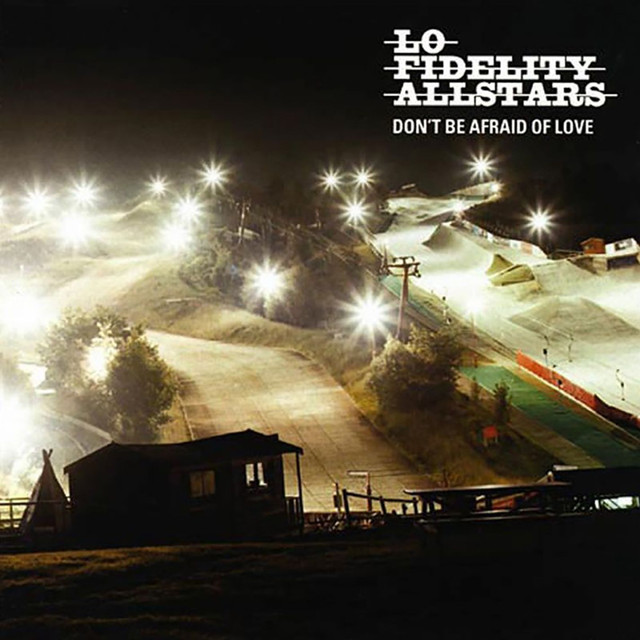 Don't Be Afraid of Love

Don't Be Afraid of Love, an album by Lo Fidelity Allstars on Spotify

Looking forward to this , I’ve got a few of their 12’ves . I’ll report back soon…it’s Friday soon to be night

I remember seeing “How to Operate …” in record shops in the 90s (?). I’m not aware of having listened to any of their output.

Got it on Spotify now …

Track 1: meh
Track 2: I can see why you chose this - not necessarily my case of scotch
Track 3: I like this

Track 1 is probably the worst on the album…

Track 1 is probably the worst on the album…

I suspect there will be a difference of opinions about that

Track 1 is shite. It gets better after that, but no more than background muzak to me. It didn’t engage me and the randomness annoys me.

It is less shite than some of the utter bollocks we have had.

I have this and like it. Will listen tomorrow whilst at the range.

I remember seeing “How to Operate …” in record shops in the 90s (?). I’m not aware of having listened to any of their output.

Got it on Spotify now …

Nothing they have done since matches How to Operate … in my opinion. I think the line up changed after that album if my memory serves.

I imagine that this can verge from ‘fun’ to ‘annoying’ based on your alcohol/drug intake and/or mood.

I’m not a big fan of heavily processed vocals, so the fact that most tracks seem to feature vocals that are vocodered/and or auto-tuned didn’t help me get into this record. Chuck in a lot of DX-7 emulated bass-lines and a drummer who seems to have taken his inspiration from the Stereo MCs and it all sounds a bit tried, dated and annoying.

Not for me sadly.

This is pretty poor even by AAAC standards.

At least it’s not folk!

I prefer this version.

'S a funny thing, is taste…
That Happy Diving thing sounds completely shite to me!

Hey Leonardo, I quite enjoyed this. A fair old mixture of influences and nods to Primal Scream and Bristol trip hop, which I liked, and the odd bit of Underworld type stuff which is not quite my cuppa.