pop has sadly been missing of late, so here comes a weasel.

This is their first from 2011 and for me is a stone cold classic that gets repeats, the rest of their output has never come close to This, but the abattoir will probaly know better. 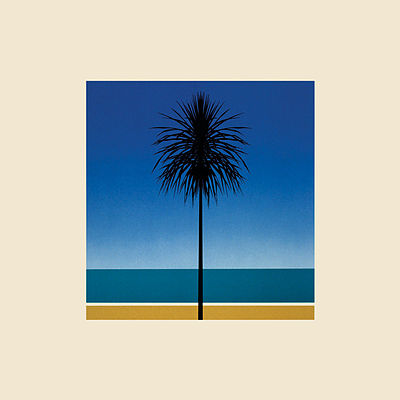 I enjoyed this at the time.

To be fair, it’s all downhill after the opening bass riff, but it’s a great riff.

Will look forward to another listen, I think.

Who’s going to break it to the OP that his chances of winning this year’s ‘Setting the Album Club on Fire’ award are pretty much zero?

I had a listen and I enjoyed it. Though my attention did wander a bit towards the end. It’s melodic and intelligent pop. Quite 70s feeling. At times (especially the opening track) it does sound Shins-esque. The opening track remains the best.

A perfectly decent album, if nothing extraordinary. And even if it’s not exactly ancient, still sounds good today.

It’s the taking part that counts, winning on here is for losers…
It was going to be a coil album but neither tidal nor Spotify had it.

This is a 3/5 for me. I like the bass playing and the quality of the recording. Sadly, there is little new, or worthy of praise, unless you are searching for a new take on beige. Some of the keyboard sounds on the penultimate track verged on flutery which in this case was a welcome distraction.

Oddly I don’t hate this. It’s nice. On the other hand I hate “nice”.

This is a waft of cheap perfume amongst a melange of sweaty armpits on a hot tube carriage. A hint of something that could be so much better.

Only heard bits and bobs of there stuff,really like what i’ve heard from them.

Strangely, I quite like it. There’s a touch of mild psychedlia, a tiny hint of funk and an even tinier hint of rock.
It’s a bit quirky, a bit safe but not offensive.
However, my Mrs is a fan so I’ve had them sort of drummed into me…

…and a hint of Ween

Eh? What? Why am I being dragged into this?

Some good tracks and some indifferent ones but overall instantly forgetable. 3/5

Eh? What? Why am I being dragged into this?

Bollocks, I meant to tag @stu. I haz da failz.

Not unpleasant, but a bit lightweight. At least it has some decent bass guitar and real drums. Not too struck on the vocals though.

Don’t think I’ll be buying it.