Been listening to these guys a lot recently, despite being not very funky and psych-rock-proggy!
They’re from Melbourne in sunny Oz, were formed in 2010 and have already made at least 13 albums. Polygondwanaland is their 12th, and as a bonus is available as a free wav download for those that like that sort of thing. 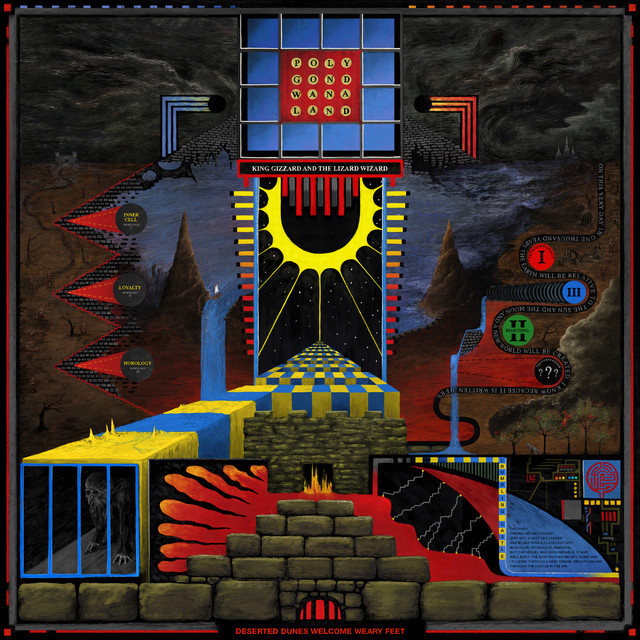 Polygondwanaland, an album by King Gizzard & The Lizard Wizard on Spotify

And here’s a whole hour of 'em live. Get them bongs stoked!

I fear a case of ‘never mind the quality feel the width’?

13 albums in one year

Oh, well I’m sure it will be outstanding in that case.

Absolutely reeling here that I’ve listened to the same band as Leonard.

I have no idea why, but this is already downloaded into Spotify on my phone.

I shall listen to it directly.

This is still the only KG album I know, but it’s a corker.

Great Album, as are they all, in fact.

I might have to change my choice… This is all looking a bit crowd pleasing!
It was nearly Mr Bungle.

Have heard some of their stuff and very much not for me, will give it a try but will probably fucking hate it.

I’ll have to drag my ahem 7.5 ips reel tape of this album out for a listen tomorrow

So far this is outstanding. Quite weird in places, definitely interesting and with some decent rhythm to keep things going

OK I don’t hate it, in fact I quite liked it, the singing was a bit sort of folky / proggy but the music was very good.

You disappoint me Mr Smalls. I was expecting summat inaccessible and challenging. Yet you dish up a non-funk based, straight up, chilled, psych album that is instantly likable.

I’ve heard a lot from these guys as they pop up on the Oz Prog radar and thought they were a bit Meh! Some great stuff but plenty of duff.
This album, however, is very good. No way could you call it Prog, but a really good selection of choons.

Of course it’s Prog. It’s got long, it’s got crumbling Castles, it’s got big instrumentals and non-sensical words. It’s progably got Wizards, Capes and Unicorns in the background somewhere, too.

It is therefore Prog.

Terry likes it, it is prog.

Definitely different, just not necessarily in a good way.

A lot of the tracks start off like the Red Hot Chilli Peppers but then the vocals come in.

Don’t mind the music and the general vibe but the vocals are naff.