Any idea what this is and value?

Just had this donated to the charity shop. Something to do with photography / darkroom. 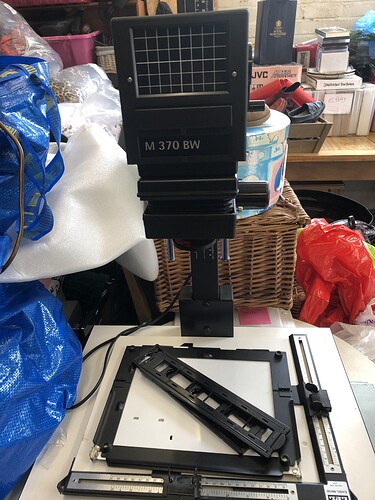 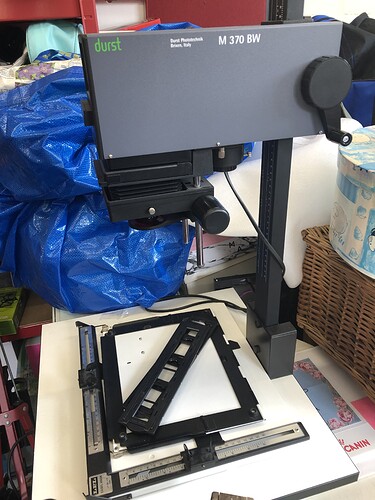 It’s an enlarger, dunno how much it’s worth though.

Let Me Google That

For all those people that find it more convenient to bother you with their question than to google it for themselves.

Hundred quid ISH. Probably less if you want a sale.

I did google it and saw the link below. I still didn’t know what it was

From the analog photo time, when you took pictures on a film.
You know the song Kodachrome. That’s for slides.
Kodacolor was a film to take (colour) pictures.
For black and white photos the paper could come from Ilford, named after the city you must have heard of.
Printing pictures was in a dakroom like this: (see lady on the left) 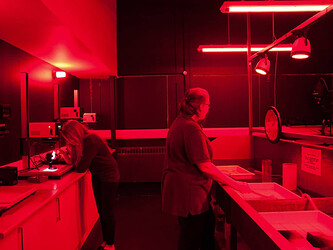 The photo paper gets exposed to light with the enlarger.
You can fit the projected picture to the size of the paper by moving up and down.
Then through 3 chemical baths (developing, stopping and fixing processes) you get finally a print.
I remember some Bond movies where he comes in the dark room as well.
With the red light, so you can see in the dark, but do not expose the light sensitive photo paper. 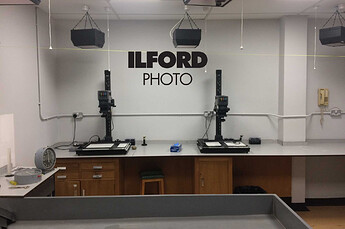 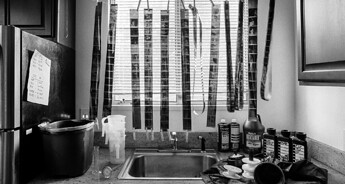 We were lucky at my High School to have a Photo Lab with 3 x dark rooms. Not always used for photo processing, if you know what I mean

My teenage years were quite good.

You lucky b…
I was a naive and innocent teenager, a little late to the party so to say.

Thanks that’s given me a bit of a clue. I now need to see how I can dismantle it for transport if it sells on eBay.

Last month our charity rescued 4 kestrel fledglings who had been abandoned when the local estate shoot cut down a nest we had put up.

If I can sell this for £60 it will go a long way to pay for saving these little buggers.

About three weeks ago I dug out some photos I had developed of me at school. Aged about 16.

I remember all that gear well. Wasn’t that hard to take a roll from my camera, fix it, then cut it and make my own snaps with that contraption.

After having a nose around on eBay etc, what you have there is very complete, I didn’t see any for sale with the masking frame on the base. It should sell at £50, less complete ones go for about £70 and some, still not as complete, over a ton.

I recently explained to my son about how photography used to work, in that you had a roll of 24/36 film and each photo would end up costing about a quid, once y had bought the film and developed and printed them. He was quite shocked!

In the mid/late 70’s my Dad started work at Colourtrend, a photo processing company in Rugeley that fairly soon afterwards set up the mail order photo processing service TruPrint. It did revolutionise, and make cheaper, the otherwise tedious & expensive business of taking the film to a chemists and letting them post it to Rugeley or Grunwick or similar, wait, get it back & let the customer know.

It also meant that we could take limitless quantities of colour photographs which ended up in family albums that filled multiple cupboards!