Anyone got any experience with 'rugged' phones?

Since I lost my phone I’ve been making do with an ancient one that Mrs VB had in a drawer. I need a replacement. I use it for three things i) phoning people every so often (voice, not video), ii) taking photos of stuff (everything from the landscape to small bust things in people’s hifi), iii) as cover for emergencies when I’m out in the countryside, walking, when it not infrequently rains. I don’t demand very high standards in any of these things, but as far as iii) goes the day may come when I really do need the thing to work…

My old Galaxy S5 did a decent job but I did worry a bit about keeping it dry when out, and if the screen got damp/wet then it could become pretty much non-functional, except as a simple radio beacon that a search party might track.

So I’m thinking about one of the ‘rugged’ phones, probably from one of the specialist makers - Blackview, Ulefone, Doogee etc - since these promise high signal sensitivity, long battery life, good screen brightness when outdoors and reasonable water tolerance as well as some resistance to being knocked/dropped. Rather than shelling out £400-500 on the latest feature-packed release I’d probably look to pick up something second-hand from the previous generation, or even the one before that. The Blackview BV9500 has reasonable reviews, for example.

I just wondered if anyone had experience of kit like this and any advice to offer ?

Can you not get a waterproof baggie for a normal phone? If you got a blackberry or similar with a keyboard you should be able to use it through the bag if needed.

Waterproof Underwater Dry Pouch for All Models! Product Details: Made of PVC plastic, provides superior waterproof resistance, floating safely if dropped in the water. Perfectly designed for use when you go swimming, kayaking, canoeing, paddling...

They had gone out of fashion somewhat in corporate land. We used to sell them to utilities customers and similar but now ruggedised cases serve as well 98% of the time as the costs are much more favourable.

I would be wary about picking up second hand as you won’t know what the battery degradation is like. Might be fine, might not. They tend to have long term support on the OS but will be quite behind. I guess that isn’t going to bother you at all.

If I was in the market for something, I would go for a Samsung XCover 5 as they’re a good compromise and you can probably pick up a new one for the price of taking a punt on a second hand full ruggedised model.

Looks bang on. What do you think you are doing, offering relevant, useful advice ?

You’ll give the forum a bad name.

Can you not get a waterproof baggie …

To be honest I hadn’t looked at bags. Do they really work i.e. they don’t obstruct the touchscreen and camera and they don’t eventually let the wet in ? I also thought phones with physical keyboards were going out of fashion, not least because the keys’ fixed footprint (so to speak) inevitably came at the cost of reduced screen size. But the reason I’m asking for advice is that I am unusually clueless. I shouldn’t rule them out without a proper look.

If I was in the market for something, I would go for a Samsung XCover 5 …

True about the battery. One of the big pluses of the ruggeds is the (promised) enormous battery life. I’d like that. There are some good reports of the XCover 5 and I did think about it. But there are others who said “Mine’s already got splits in the plastic casing”. Then again, they didn’t say how many fence posts they’d managed to hammer home with it before that happened …

Something that must be very hard to quantify, but was a repeated problem with my old Samsung, was the touchscreen functionality packing up pretty much completely when everything got 10-miles-in-persistent-rain wet.

The coastal rescue teams here are issued with the ruggedised CAT phones, they use the S42 which is not a bad price. They are trialling the S62 at the moment to see if the thermal camera has any benefit but those are expensive.

The ship surveyors are now being issued the S42 as they have fucked so many iPhones by dropping them down steps and in oil etc.

No Apt-X Bluetooth though. Gap in the market there for audiophiles who fall over a lot.

Gorilla glass 5 is good. Configurable button is good. 13M camera too. 220g is good (OK, others are typically only 100g heavier, but 100g in your pocket feels like all of 100g). 4200mAh isn’t right at the top of the field, but it’s lifetime that counts and that depends on the load as well as the capacity. Do you know if the front-liners like them ?

Of course they don’t like them, they all want a fucking iPhone 12 but none have had to be replaced due to breakages.

for audiophiles who fall over a lot

My phone doesn’t have Apt-X according to the website, except it does seem to when I connect my headphones. Go figure.

I’m fine with that

Try Motorola and a decent case would be my suggestion. I am on my 5th and have found the to have excellent performance and battery life. They have some excellent offers on ATM. 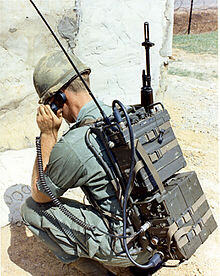 Had a Samsung XCover with a previous employer, no a bad phone. Decent battery life if I remember, but the camera wasn’t great but useable.

Why don’t you buy the smart phone you want, many have already IP67/IP68 by theirselves.
Then buy a suitable rugged case and add a glass screenprotector and you’re done.
Check for models (rugged case and corresponding phone models) here: Something You Want | Spigen

At Spigen, we are built on creating protective phone cases and accessories that push the boundaries of design, technology, and availability.

Why don’t you buy the smart phone you want …

Well, unlike some ‘advice’ threads perhaps, I hadn’t made my mind up before starting the thread. There really isn’t ‘a phone that I want’, except that I want one that will work reliably and be easy to use in outdoor conditions, sometimes with bad weather and relatively low signal strength, work for a long time on a single battery charge, be resistant to a bit of physical abuse, have a decent camera and not cost north of £400. My old Galaxy S5 was OK on the battery, good enough on the camera, seemed to pick up a radio signal well, was OK for screen brightness in sunshine, but could be hard to read and type with in poor lighting through rained-on spectacles and, most seriously, had a touchscreen which could fail completely if it and/or I got wet.