See images at bottom of page: 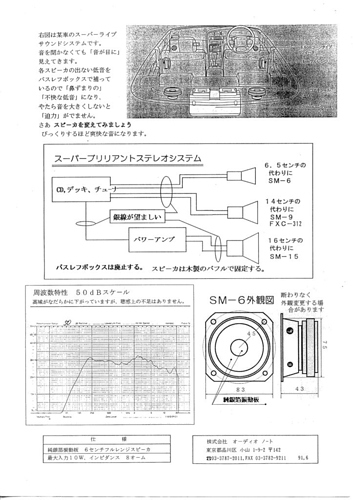 Wonder what the rest of the system was like (or did I miss that).

Perfect, all I need now is a vehicle worthy of such speakers.
Stu, is your Astra for sale?

When visiting AN japan at (I guess) about the time that piece was published I did get taken to meet one of Kondo’s customers who had one of the In Car systems along with Ongaku based systems in his house & on his boat. He was the chairman of whatever the Japanese equivalent of BT was at that time.

I think the car system had a pair of custom built valve monos in the boot, silver wiring throughout and a liberal sprinkling of those drivers. It was an alarmingly real presentation almost to the point of being distracting if you were driving while it played. Stuff apparently really happening just beyond the screen!

We were also taken out a couple of times by Kondo’s then financial backer Mr Oishi (see the picture) on one occasion memorably to what we treated as an ‘all you can eat’ Kobe beef restaurant. Glad I wasn’t paying the bill.

What was the car ? Would love to see some pictures of this time.

Are you keeping them for the book

I think it was a Black BMW 7 Series LWB. I think the head unit was some kind of Nakamichi CD player.

Someone needs to do a horn system for there car.

Image Dynamics do horn loaded compression drivers for In Car use.

Although these would be better. 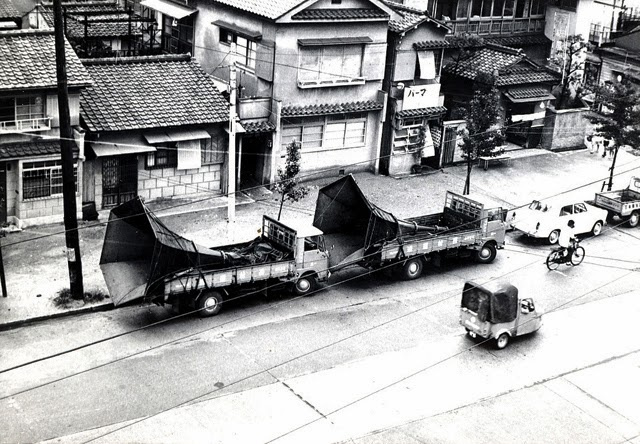 Are they delivering to Coco’s house?

Are they delivering to Coco’s house?

Who needs a house? just live inside them

I think Pete must already do that with his 16a.