A while back i asked for some istanbul ideas and the forum came up trumps.
So im off to Berlin for August bank holiday weekend.
Ive always wanted to go but never really knew why. Ive ordered a guide book, but real folks recommendations are the preference.

We aim to stay in berlin so no day trip ideas, just cool things to see and do. The stranger the better.

Over to AA Chalmers…

The Berlin Gold Hat or Berlin Golden Hat (German: Berliner Goldhut) is a Late Bronze Age artefact made of thin gold leaf. It served as the external covering on a long conical brimmed headdress, probably of an organic material. It is now in the Neues Museum on Museum Island in Berlin, in a room by itself with an elaborate explanatory display. The Berlin Gold Hat is the best preserved specimen among the four known conical golden hats known from Bronze Age Europe so far. Of the three others, two w...

Coordinates: 52°30′18″N 13°20′06″E / 52.50500°N 13.33500°E / 52.50500; 13.33500 The Kaiser Wilhelm Memorial Church (in German: Kaiser-Wilhelm-Gedächtniskirche, but mostly just known as Gedächtniskirche [ɡəˈdɛçtnɪsˈkɪʁçə]) is a Protestant church affiliated with the Evangelical Church in Berlin, Brandenburg and Silesian Upper Lusatia, a regional body of the Evangelical Church in Germany. It is located in Berlin on the Kurfürstendamm in the centre of the Breitscheidplatz. The original church on...

We had an excellent meal in the weinbar here:

Be aware that upstairs is fine dining, downstairs is dining in the wine bar - if you’re going just make sure you’re booked into the one you want 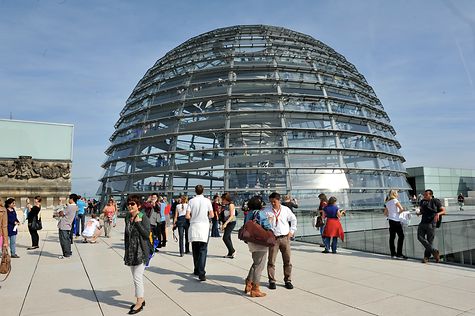 German Bundestag - Registering to visit the dome of the Reichstag Building

The roof terrace and dome of the Reichstag Building can be visited by members of the public, and offer spectacular views of the parliamentary and government district and Berlin’s sights.Admi...

Or just a troll around the more modern embassies. Various countries got a wee bit competitive about architecture when they suddenly found they needed an embassy in Berlin.

Sorry that’s in rather random order.

Oh yeah, the Neu Nationalgalerie (Mies) is way cool (although some people hate it) The Neue Nationalgalerie (New National Gallery) at the Kulturforum is a museum for modern art in Berlin, with its main focus on the early 20th century. It is part of the National Gallery of the Berlin State Museums. The museum building and its sculpture gardens were designed by Ludwig Mies van der Rohe and opened in 1968. The gallery closed in 2015, for "several years" of renovation. The collection features a number of unique highlights of modern 20th-century art. Particularly well represente...

Might be closed - it was undergoing a major refurbishment when I last looked - check before travelling.

Gestapo museum (link below) & Bauhaus museum. There’s also a pretty good science museum there. (German Technology Museum) Get a burger from Burgermeister Worth booking ahead to go up inside the Reichstag. Actually first thing would be the open top bus tour which helps you see where everything is. 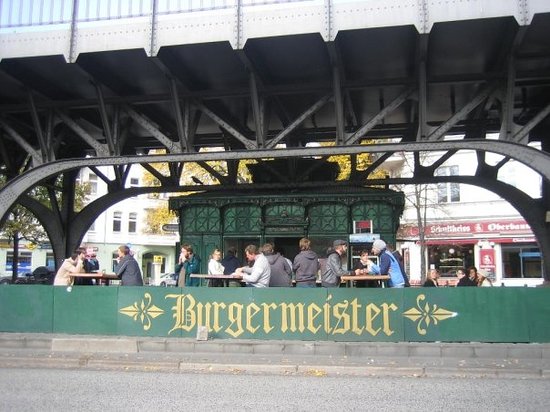 get the open top bus, great value, hop on hop off as you like. Boat trip is nice as well.

Adlon is a great place to stay, beautiful.

if you want to splash the cash on food Tim Raue
https://tim-raue.com/en/ is great as is FACIL https://facil.de/en/

Shame, Reinstoff closed as that was the best IMO

Here is very good, for food sourced in vicinity of Berlin https://www.nobelhartundschmutzig.com/en/

go on a Trabant Safari http://www.trabi-safari.de/index.php?language=en

There is an amazing dept store with massive food hall/restaurants on the top floor. It is a must visit but cant recall the name - doh - others may know - it is quite famous.

Do a river trip

And. . . definitely book a tour by Segway - huge fun and a really great company

The dept store is called Ka De We - definite visit!

Oh nearly forgot - the Jewish Memorial, ironically close to the bunker (of AH)

Here is a picture of Mrs Rat (oher half) being instructed on use of segway pre-tour in a safe area. 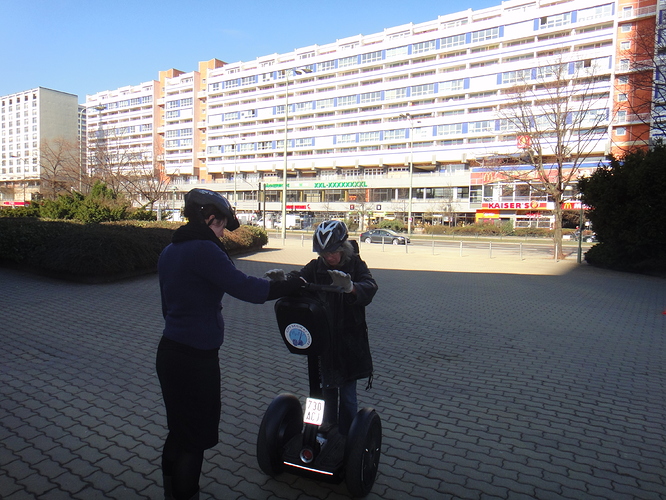 Narelle now wants to go to Berlin. Maybe a few days in November. We like pork and beer

I hear the downstairs part is pretty different.