I’m keen to hear some heavyweight old-school DACs. What are you using/kicking around on ebay? 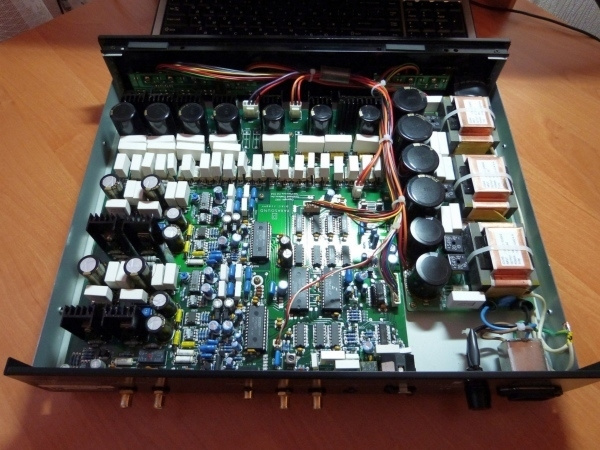 D / A converter reigning as the top model of Technics. There is a color gloss that is unique to 1 bit DAC, a relaxed and delicate and mild tone is attractive. Especially popular among classical fans. | eBay!

Talk to Tuff Bob. I’m sure he has some you could try, for example Audio Synthesis and Micromega.

That Technics is really good as is the equivalent Sony. A bit of a curve ball is the Marantz CD7 which has an SPDIF in as well.

I’d steer clear of the Wadia and Theta because you’re screwed if they break down because of the technolgy used; They’re basically old fashioned computers.

Personally, I’d try a modern NOS DAC with an older chip like an SW1X II/III, a pimped DDDAC or an Audio Note.

I think Geoff (oldius) used/uses one of these, bloody wonderful sounding thing.

That’s where I know it from, always on the look out for one.

I think Geoff (oldius) used/uses one of these, bloody wonderful sounding thing.

Yes he does have it. I have heard it a few times and it doesn’t float my boat. Much prefer Audio Synhesis or Micromega vintage stuff tbh.

Wadia seem to like making their DACs with unobtainable bits.

I would add AudioMecca into the DACs, as the one I had (Elixir) was wonderful.

An AS Dax would be my choice

Not convinced it makes a vast difference, but it’s an extra box!

What sampling are you looking for? Most vintage stuff will only do 48 or 96?

Don’t need higher than that. It’s not a pressing need, but I bet there are some lovely old megabucks DACs that can be had for buttons.

Don’t need higher than that. It’s not a pressing need, but I bet there are some lovely old megabucks DACs that can be had for buttons.

That was true a few years ago but now they go for crazy money.