I’ve not written a review of a product before but a recent loan of these speakers by Des inspired me to try.

The Club-27 speaker company are an offshoot of Bastanis and have put together a range of speakers which can be bought assembled, or in a kit, or just as drivers with a set of plans to allow you to build the cabinets yourself.

The speakers I’ve been loaned for a demo are the kurt’s named after Kurt Cobain. All the range are named after members of the Club-27 who are all musical visionaries who died of excessive lifestyle choices at 27 years old. (There are about 50 of them, spooky eh)

They consist of a 10 inch wideband driver coupled with a 1 inch horn tweeter and the cabinet is bassloaded. They are quoted as being 94db into 8ohms but I would guess that is a conservative sensitivity rating as they go loud on my 18watt valve amp. An ample listening level is reached at about 8 o’clock on the volume knob. There is more info on their website and I’m not an expert on the technicalities but I know what they sound like.

In a word wonderful.

I’ve been looking for a good match for my room particular as speaker placement is not ideal and for something that works well with my 18watts 211 valve amp. I’ve tried a few different models lately some I’ve borrowed, some I’ve bought and I’ve enjoyed them all in different ways, but the Kurt’s have just raised the bar. They sound so right to my ears, they just pick up every little detail and present it in such a musical and cohesive way. They make you feel like you’re not missing anything and I’m pretty sure that you’re not. The mid range is just beautiful, voices sit just right in the mix and every emotion of the singer is laid bare for the listener to enjoy, I feel like I’m hearing accurately what the singer sounded like when he or she stood in the vocal booth laying down the vocal track. Nothing added or taken away just what they sounded like on that day. Instruments are so realistic, which is something I noticed immediately. I play in a band and I know what guitars and pianos sound like and to my ears these speakers are as accurate as I’ve heard in my listening room. Piano is hard for any speaker to get right but the Kurt’s haven’t tripped up yet they can even reproduce the feel of the pianist as they hit keys hard or lightly and the emotion the musician wanted to portray, just as they do with the vocals. They do the same with guitars, as you listen the strings vibration is there in the music, strung instruments are so sensitive to the style of the player and that comes over to the listener in bucket loads. The high frequencies are crisp and percussion like shakers and triangles add an ambience to the music that is easy to pick out but doesn’t jump out and spoil the overall mix. Cymbals are just right, they are so realistic and when the drummer is being gentle and just tapping the bell or the high hat that is what it sounds like a tap, but it doesn’t get lost it is there gentle and atmospheric. The metallic splash of the different cymbals is good too and the decay as the vibration disapates through the metal is recreated bang on.

The bottom end is very well balanced and does not dominate as some larger speakers sometimes can. They probably don’t go as low as some large speakers can but in my room that is a good thing. I still reckon they are getting under 40hz which is good enough for most of us.

They present the music in a very accurate and coherent way, to my ears all the different facets that are part of the mix are in the right place and at the right place in the sound stage. There is a real three dimensional feel to the music and the speakers just disappear which I like and is a neat trick that only the best speakers can pull off. And they are fast, as quick as any small speaker I’ve experience of, which makes them fun to listen to. They remind me of the Horning Agathons I heard at Rick’s, they can’t get as low as the Hornings but they have that speed, immediacy and realism that those Hornings had.

From my calculations I reckon it would cost around £850 to £1000 to build a pair, which isn’t chicken feed, but I reckon if you where to try to buy a ready made pair of speakers from a big name manufacturer with this kind of sound quality you’d be looking at some serous cash. I would say at least four times the cost of building some for yourself.

If they make an appearance at Harrogate or next years Scalford show do yourself a favour go and have a listen. I think you might like them, I bet you’ve already guessed that I do. 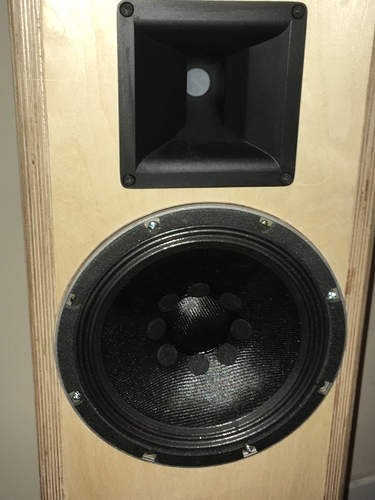 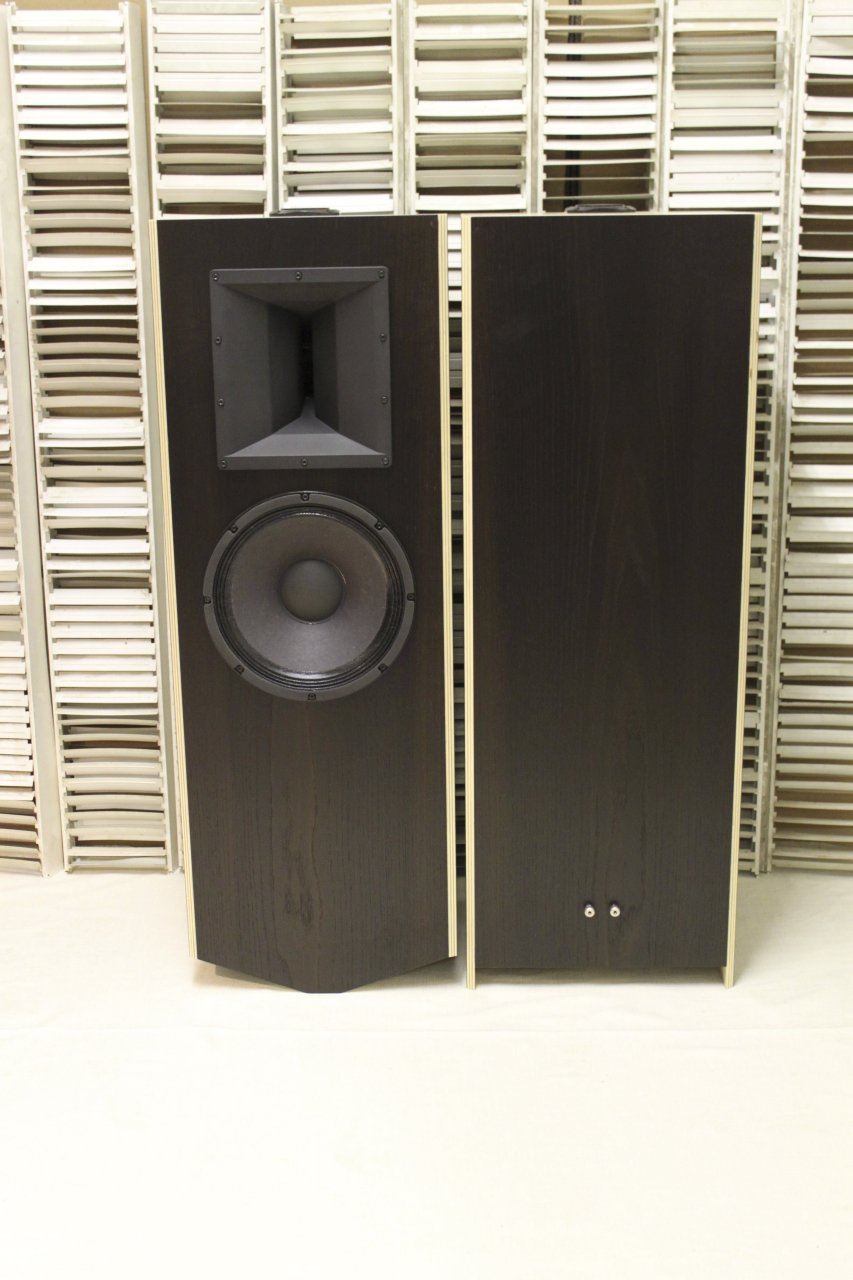 They remind me of these. Thoress 2 Loudspeaker.

Are you planning to buy a pair?

Not sure how you did your calculations but the new price and kit price, in euros, is on their website.

I am planning on having a pair. Yes.

Let me know, I’d love a listen at some point.

I just estimated the cost it may be a bit more or less depending on the materials used and if you built the cabinets yourself.
If you were to but the kit with self build cabinets provided I guess it would be a bit more.
As you say more details are available on their website.

They were under consideration when I bought my Blumenhofer’s

As were these Tobian Soundsystems 12H.

All the range are named after members of the Club-27 who are all musical visionaries who died of excessive lifestyle choices at 27 years old.

I may be a little over-sensitive having attended last week the funeral of a young man who took his own life but I find this kind of marketing pretty distasteful.

That aside the range looks great and I particularly like the look of the Jimi.

Interesting speakers, crass naming. If they had just named them after the artists and left the club 27 bollocks alone that would have worked.

Don’t get hung up on the naming guys they are really good speakers. A few people heard them at Des’s at the weekend and they seemed to be very well received.
Agreed perhaps just naming them after iconic artists would have been enough. But they are still worth a listen if you get the chance.

Do Elite Audio sell them by any chance?

I heard them at the weekend and have to say they sound bloody great. Not the cleanest treble in the world but the bass is good and tuneful and the mids project a lovely picture. Not bad for a speaker costing relatively little in today’s madhead pricing of everything. I’ve booked a loan of them in the near future to hear what they sound like in my room.

Do Elite Audio sell them by any chance?

I do wish that Tim had removed any reference to shows from the other place in his review but I’m not sure such a barbed comment is required. I think it’s great if people have found some kit that they want to spread the word about without any payment from the manufacturer or distributer.

I heard these at Des’ on Saturday and I thought they a lovely well-balanced sound.

Ian I’ve got 2 numbers for you mate and buggered if I know which is current. Anyroad, Wednesday is on! I must have only caught half of what you were saying t’other day as I cant seem to find your account elsewhere.