Will the military be any better? Hopefully they will but I wouldn’t hold out much hope.

My aunt’s husband still has family out there. Here’s hoping all will be well for them, and all the others who have had a shitty time of it over the past god knows how many years

If I was the army, I would shoot his wife and all her ‘guard’. Then let the president sit in a small plain house somewhere with army guards.

Then let the president sit in a small plain house somewhere without army guards.

I mainly noticed that Radio 4 suddenly had either incredibly posh accents (white British men with financial interests in Zim) or really clipped SA accents (white SA men with military interests in Zim). Until we line these massively evil shitbags against the wall and shoot them, and preferably get some smart, kind black women in power there, it’s all fucked.

My Grandparents moved back from Zim when grandpappysexy got tired of putting mattresses against the windows at night to stop grenades / bricks / petrol bombs coming in… He was a tad bitter. My parents similarly moved out when the ‘bread basket’ turned sour. Hyper inflation and mass movement of people (See cape towns townships now) are some of the symptoms of Mugabe’s vigorous raping of ‘his’ country. This is where ‘humanitarian’ justifications for wars fall down - Zimbabwe along with many countries with self centered, self seeking cunts as leaders have (outside of the odd sanction) been left to implode - This would not have been the case if there’d been oil in them thar hills. 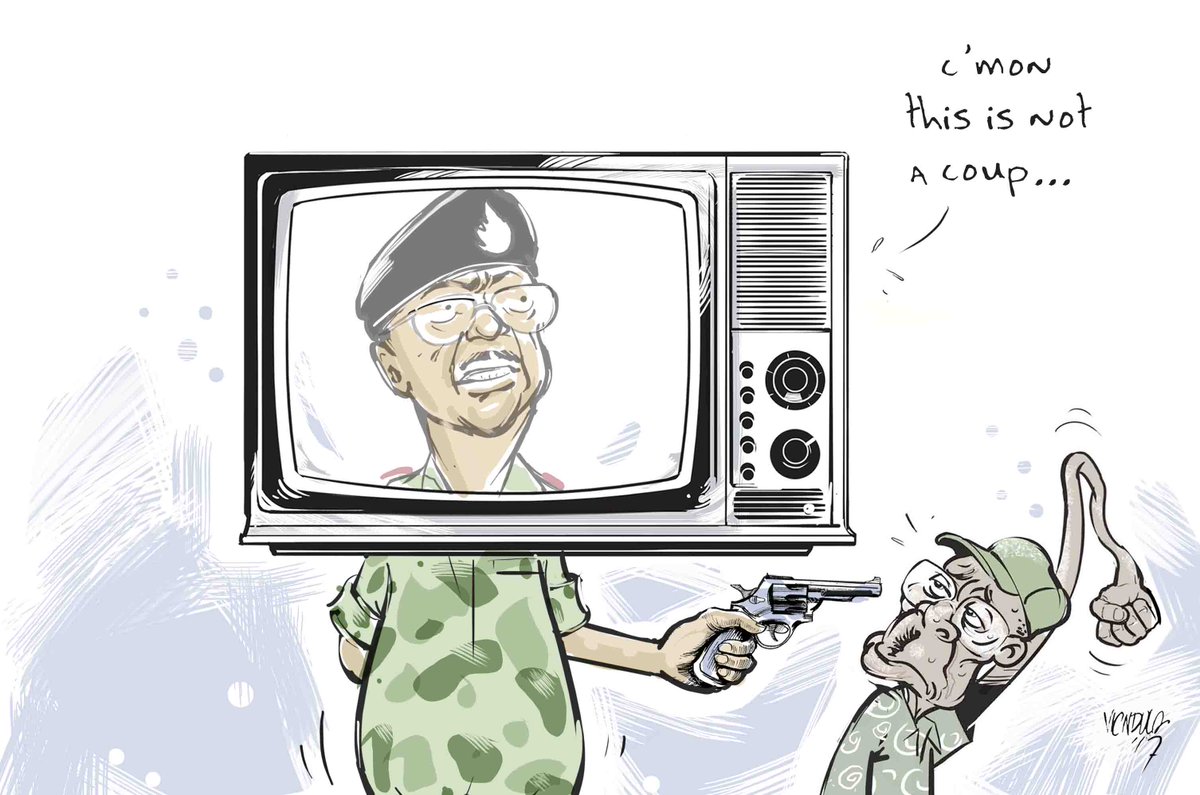 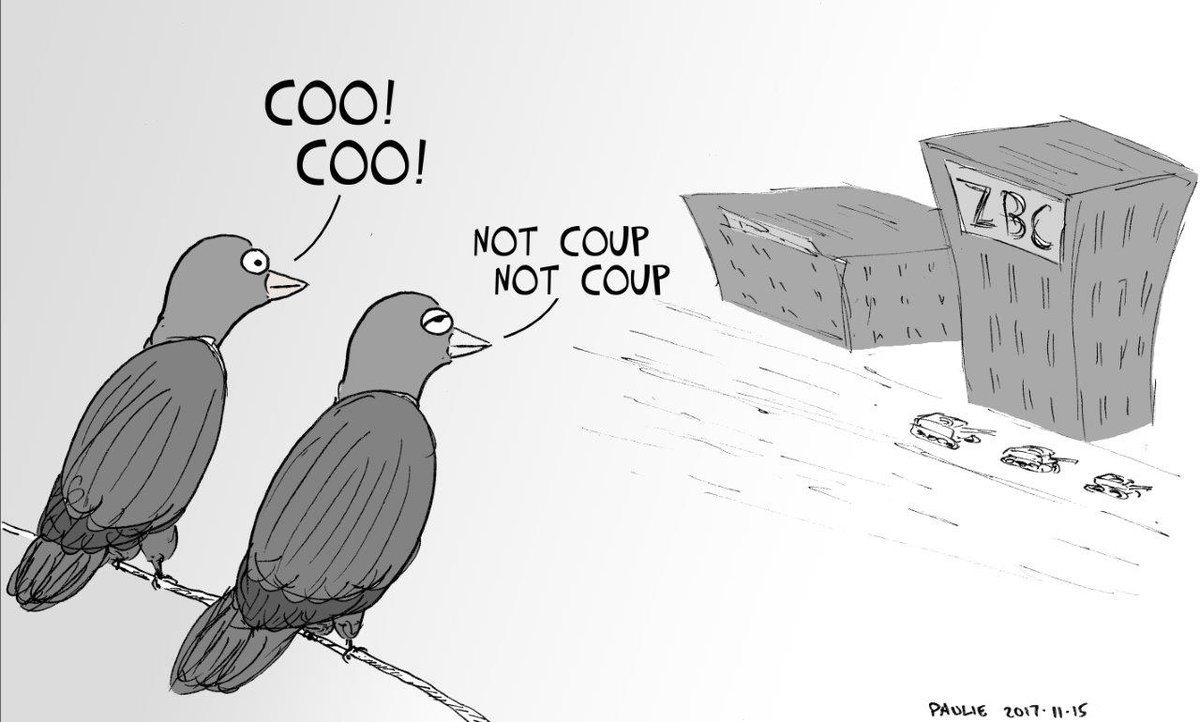 A couple of cartoons - 1st from Kenya, the 2nd from SA

Looks like they are just going to drop the Vice-President into power. One cunt out, a new one in, oh well.

Knew a guy in the Army who was ex Rhodesian SAS, the stories he told me about what went on there were horrendous as the place was just as racist and apartheid driven as South Africa.

Another shameful example of the UK exploiting a colony, murdering to keep control and then walking away from the shit.

Army guy on TV is same lot that put and kept Mugabe in place . His wife was going to try something a little more independent of them. So she had to go or else.
Same old same old . Pity Poor folks on streets.

Love the time at the bottom of the poster… 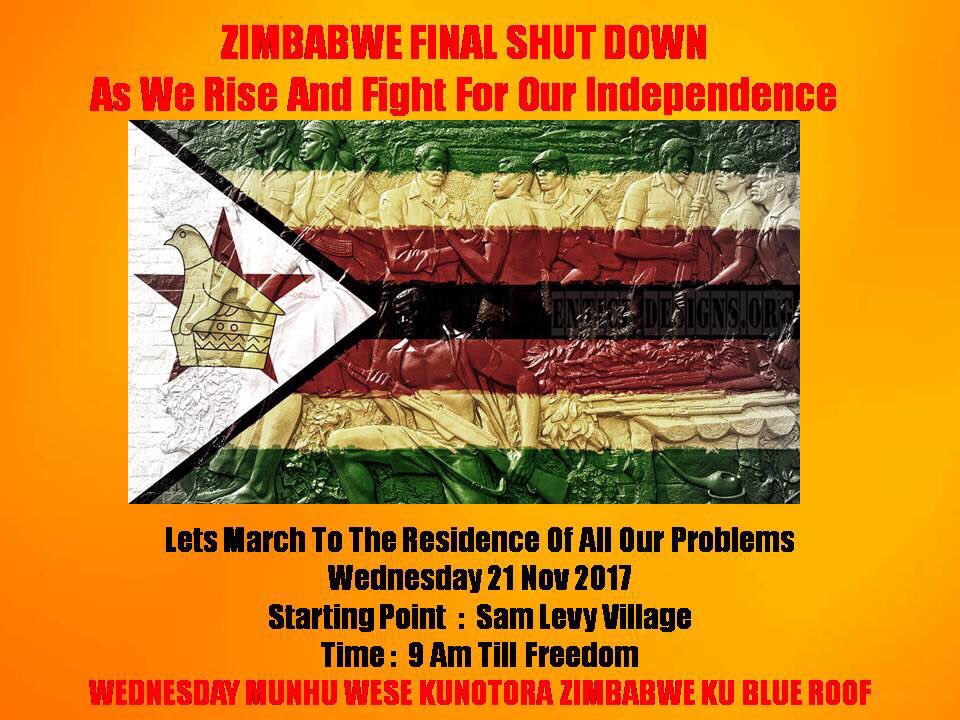 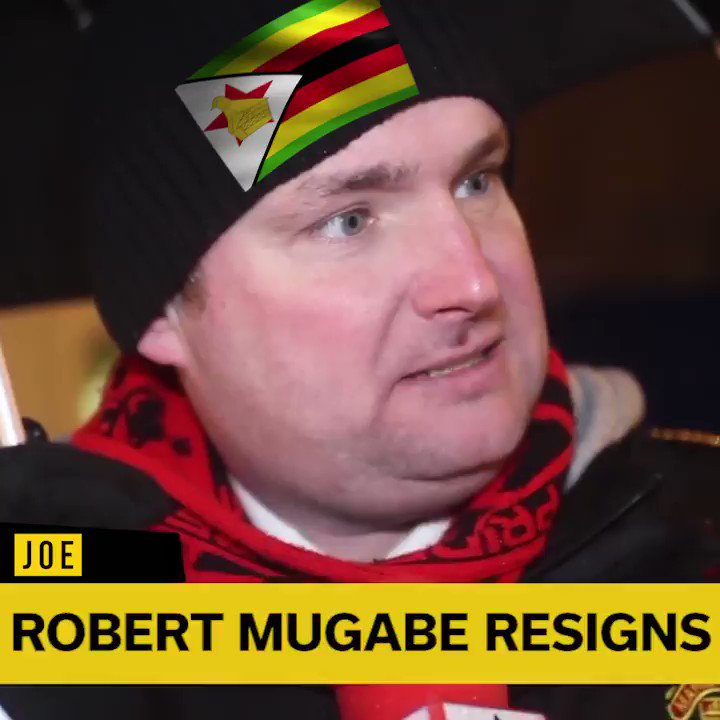 And we go live to Zimbabwe for fan reaction... https://t.co/DYggjlehBW