I’m looking for a new digital front end eventually, but I’m wondering if there’s any point pumping a Chromecast audio into it. So I’m thinking about a streaming device or a nice DAC that provides optical in for the Chromecast.

Tbh I don’t think it’ll make much difference over the quad CDP2 DAC I use, but I tried a chord mojo for a while and it was better. Should be being 20 years newer technology maybe.

I quite like the exogal comet as its ex wadia stuff and I always wanted a 581 or whatever. But I really don’t want to be bound by various software like the auralic with iOS only support or shit that’s going to be dead in 5 years. Would prefer a plain DAC with optical in I think.

Still debating after years wether to ditch the cd collection. Funny how I’m worried about rotating optical drives when I mainly listen to vinyl where everything eventually wears out.

Do you have the Chromecast already? It doesn’t automatically play your own media files, you need to do some shenanigans like use server software (Plex or Squeezebox) to make it do this. It’s really designed for streaming services like Qobuz or Tidal.

If you have it and are happy with the functionality, then a DAC will help, although they don’t sound bad. Choice of DAC is personal; I like ones that measure well, others like ones that add “character”.

If you don’t have the Chromecast Audio working, then (1) buy it soon, it’s been discontinued, and (2) check that it really works the way you want. You may be better off buying something like a Bluesound Node 2i, which is a dedicated streamer. This will happily play your own media files and stream online services with access from iOS or Android. You can plug a DAC in if you want.

Yeah I have a Chromecast audio. Just wondering if its a lame idea streaming it into an expensive DAC.

CDs all in the loft now, wife happy but I see a space for another TT

I have used both Qobuz and Tidal, have settled on Tidal YMMV

There was an article somewhere (I’ll try and find it) that basically showed the Chromecast digi out had a bit of jitter, BUT that any competent DAC (they tried it with a Beheringer and a cheap TEAC) rejects it perfectly well, so you will simply hear the DAC - in which case if you like the sound of the expensive DAC, then it will be worth it. Just bear in mind the Chromecast only has optical out.

This is a review and detailed measurements of Google Chromecast Audio digital output. The Chromecast is a tiny dongle that allows one to "cast" (stream) audio and video to a remote device. The audio version as the name implies, foregoes the video...

Out of interest, can anyone recommend a decent Bluetooth receiver. I was looking at this. 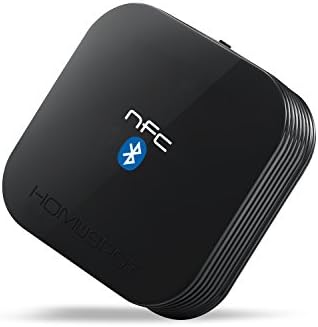 Not for me but for my sister’s holiday house which we all tend to use for short breaks.
I think they just want to be able to walk in & easily play stuff from their phones.

As ever with streaming the answer is a Raspberry Pi, what is the question?

Just wondering if its a lame idea streaming it into an expensive DAC.

As linked above, the digital out is bit-perfect and sufficiently clean that any decent DAC should be fine with it. It should sound identical to the CD player into the same DAC unless something is horribly broken with the setup.

Have they got a speaker? I got a little £5 apple dock adaptor thing (Jazooli) that just sits on the dock. Range might not be as good as the thing above

It’ll be plugged into the aux of a normal HiFi amp.

depending whether its their music or spotify/tidal etc (and whether they have an android phone as they are a bit more flexible) a chromecast might work well there too. And it solves the range issue as it’s over wifi rather than bluetooth.

Cant help with bluetooth beyond the jazooli though, sorry

I use a Chromecast Audio here into a DAC & it works well.

I’m really pleased with the cambridge audio cxn streamer/dac/preamp I’ve just bought for £450 (refurbished by CA and sold on ebay).

Might not sound quite as good as the Soekris dam1021 I’ve built with RPi in it but the overall experience is far nicer due to the speed of the software.

The fact i can put it in preamp mode and control the volume for casual listening is a bonus. Dac section has coax and optical inputs.

You are Serge and I claim my 5 pounds