Has anyone had a play with this? I tried a Minidsp with Dirac a few years ago and wasn’t that impressed.

Have just downloaded a trial of Dirac Live for the Mac with the processor plugin and after running a very quick scan i.e only 6 out of the 13 locations I’m really impressed with what it’s doing.

It has really tamed the treble and sounds much more balanced now.

I’m still running unbalanced tweeters (still waiting on the 2405 diaphragm) so that doesn’t help and I haven’t adjusted the pads since lopwell.

Not sure if I’ll stick with Dirac but it’s an interesting thing to mess around with. 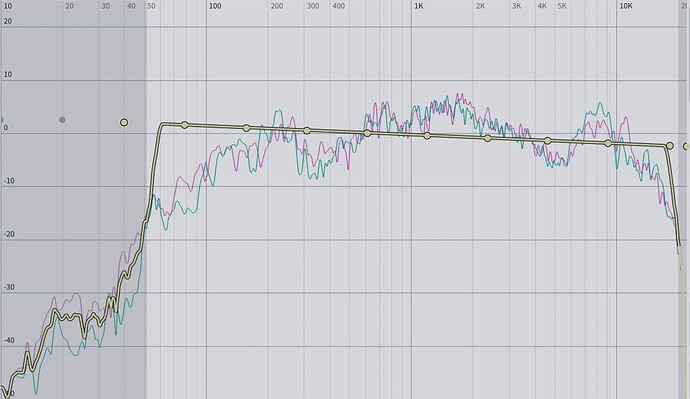 My Arcam AV amp has it. I tried it and turned it off. I might try again but on first attempt it just made everything quieter for me

There are some tutorials on YouTube which may help

yeah that’s something to do with clipping prevention, I just turned the volume up

I was a bit worried about just doing that. It was massively quieter with Dirac enabled and there is a button on the remote to turn it off - which may have killed my ears or speakers whilst it was dialled up

Yes in my Arcam AV amp, it’s great for the home cinema.

I don’t use the standard target response though, that constant slope always sounds rubbish to me.