Felt like we just had a minor earthquake here!

Has @A_Touch_of_Cloth made another bakewell?

Maybe JB has been fettling with a cartridge…

Has @A_Touch_of_Cloth made another Sizewell?

From now on to be known as Chernobyl Tart. 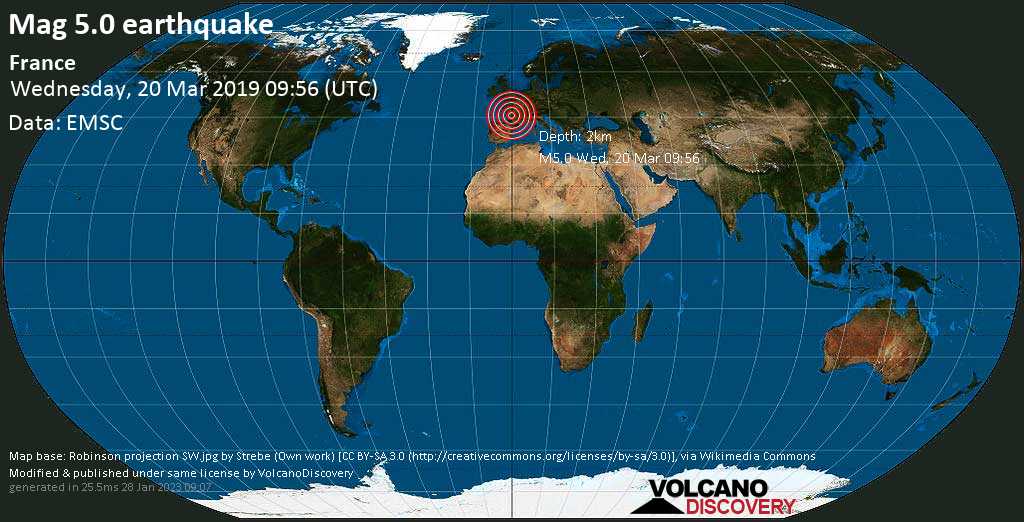 Just north of Bordeaux, about 20m drive from where I am currently sat.

5.0 is non-trivial. I was once woken up in a hotel room in California by a 5.4. The following morning there were reports of large supermarket windows having popped and of stuff falling off shelves. A lot depends on depth and ground conditions though.

We tried a 6.4 in Bali 2 years ago. Hotel shaking like a mofo, and an exceptionally speedy exit from the building was made

When it happened, I didn’t realise it was an earthquake. They’re doing groundworks in the field over the road from us and I’ve just got used to some minor level movement from diggers etc. doing their thing.

It was only when the wife messaged me from work that I realised what it had been.

It’s a log scale so yours would have been ten times mine.

I was in a room share with 2 work colleagues one of whom had lived a long time in CA. He said “Go back to sleep. If this isn’t the big one then there’s nothing to worry about. If it is then we’re on the 8th floor and we won’t have time to get out of the hotel.” So we did. Aftershocks the next day stopped conversations, but not much else. It was not a nice experience though.

Who, Twinkle or his Titanium Tart…

He said “Go back to sleep. If this isn’t the big one then there’s nothing to worry about. If it is then we’re on the 8th floor and we won’t have time to get out of the hotel.” So we did.

I’d have slept in the park after that

I confess I was more spooked than he was. But I trusted him, in a sardonic kind of way. He worked in the same physics/elec eng department as me. He had quit Stanford and moved to Houston with the explicit aim of getting himself onto the space program. A couple of years after I came back to the UK the phone call came and he left academia and went down the road to Johnson. He flew on the space shuttle four times https://en.wikipedia.org/wiki/Peter_Wisoff. So he was kind of unflappable.