Lighten up, it’s only Bits innit ?

Luckily, we now have Fibre in the village and the box is across the road. We have been (independently) assured of speeds between 38 and 72mbps.
Once Kiss-me-arse is out of the way, we will be upgrading.

I’m with Virgin too. I was getting a tad under 100Mbps download last night and it’s just under 80Mbps this morning. The flip side of this is that they seem to know that they’ve basically got a monopoly on high performance. So they don’t care about raising the price when they feel like it.

Typical London bias for infrastructure, we only got 207Mb/s on Virgin up here.

So they don’t care about raising the price when they feel like it.

Indeed, although they do it very subtly.

I was called by then a while back, and offered the full film/sports package free for three months, and if I cancelled after the trial, the price would revert to an amount lower than I was currently paying. Who wouldn’t accept, eh?

Three months later I called to cancel - and the price would be higher than before. I moan, and say about their earlier promise, and it turns out that (1) the sales guy didn’t have the authority to promise a future price, and (2) they have a policy of not allowing reviews of historic phone calls in price disputes.

getting just over 200MB on the wired network and 80MB WiFi from VM.

Just signed up for their new TiVo V6 telly box…

Virgin Media are absolute cunts. Then the cunts sold us out to Talk Talk. I haven’t decided if Talk Talk are a bigger shower of cunts, or smaller.

choosing broadband provider is like choosing your favorite paedophile…

little if nothing to moan about from VM here…

We were with Virgin for four years. After we moved house the service simply fell to pieces and there was no attempt to provide support. I cancelled our TV, Broadband and 4 mobiles with them it. We use 3 for the phones now and have gone to Sky for TV and broadband. Yes you read that correctly, Virgin are such a bunch of cunts that we chose to move to Sky, and I absolutely detest Murdoch.

have gone to Sky for TV and broadband.

I know, I feel dirty. But Virgin were utter bastards and I would have to speak to the kids if we didn’t have cable TV.

Virgin are fine round here, good reliable connection, and customer service are up in the east, pretty good, ring up annualy and bitch about the price. Not had a increase in 3 years.

BT sent me a Home Hub 5 to replace the Shitehub.
I plugged it in this morning, and everything is back to normal.

BT seem to have no idea why their shiny new router doesn’t work in my setup, when an older one does.

I’ve been googling reviews of third party routers and might give one a try. A quick delve into the Home Hub 5 settings shows 12 devices connected wirelessly (phones, tablets, laptops etc). We still don’t quite have enough wireless signal at the far end of the house. Perhaps a fancier router will cope a bit better.

Perhaps a fancier router will cope a bit better.

Just get an access point, or two. Not so expensive, or complicated.

We still don’t quite have enough wireless signal at the far end of the house. Perhaps a fancier router will cope a bit better.

What you need is an amplifier or two. This Russian valve can be squeezed up to 2.5GHz 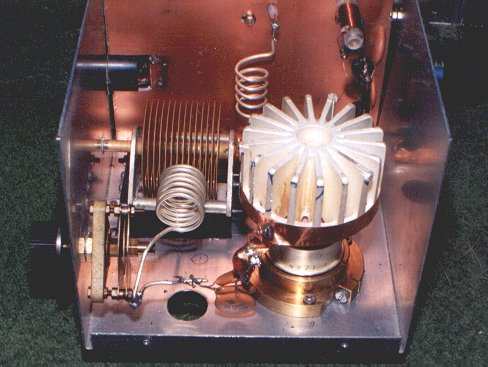 BT here, as Virgin are yet to get to my village. Supposed to be 72M, but actual speed is between 8m and 40m, mostly about 15m. I found out that the BT router sets the speed based on what it thinks is a good connection, i.e. you pay for more but the bloody router sets it lower and keeps it there. In my case it’s limiting it to 40m.

If you built a valve router, you’d have a queue of idiots forming around the corner. Including me!

If you built a valve router, you’d have a queue of idiots forming around the corner. Including me!

It would be a rather large corner…