At a given price point products are much of a muchness. Better things cost more, but there are also diminishing returns.

Thus far this has paralysed me.

I want the Chord, it has the most facilities that I feel I would use. However it’s also nearly two grand, and there’s little in the way of a secondary market or discounting.

There is used sell through; I have a fair few re-registrations on them. There’s no discounts on new ones though because they’re back ordered to the eyeballs.

In truth, yes, there are a few on eBay.

However so far all I’ve seen had been at a comparatively small discount to retail (presumably for the reason you mention), and in black (I would prefer silver).

I would like my cake and eat it, and a beer and fish & chips as well.

I’ve come to the conclusion there is no one fit for all solution, so I need combos. And lots of them.

For the price of the Chord I would rather have a couple of quality headphones as they do seem to make a difference.

I sort of agree but having ploughed my way through a great many pairs of spendy headphones (I’m testing another six pairs as I type), when it comes down to it, all I actually want is a pair of Sennheiser HD800S. I get sucked in by a rival design doing something whizzy but then I just listen to the Sennheiser again and realise that it’s still the best balance of sound, build, comfort and price. One day I’ll actually buy a pair…

I bought a pair of Final Sonorous VI / Pandora Hope recently after reading one of your reviews. They are very good.

They are nice headphones- completely different to almost anything else on the market and built like a tank. Impedance is a bit mad but everything else I really liked.

I bought a ,… after reading one of your reviews.

A little out of my price range, the joys of being a reviewer, I am very jealous.

I’ve spent about £1100 on the dacs and Amps and headphones, so I guess a serious set of headphones could have been attainable but doubt the kit upstream would do them justice.

I’m very happy with what I have and doubt I could spend £1100 on a speaker based system that gives so much enjoyment and performance. 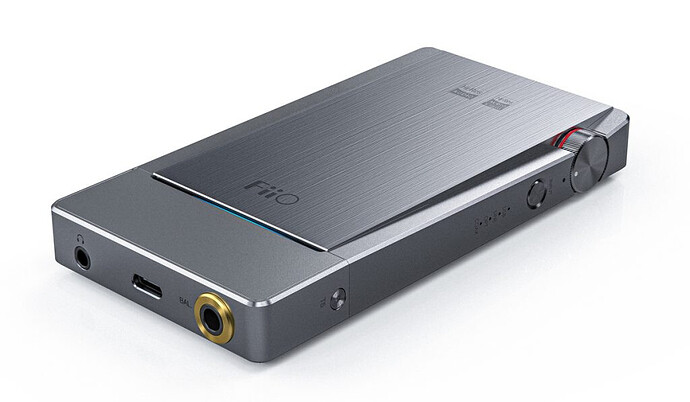 To be blunt, this (the Fiio Q5S type c), the Ifi diablo and the Chord Hugo 2 seem to be aimed at almost exactly the same space but different prices points and personal preferences.